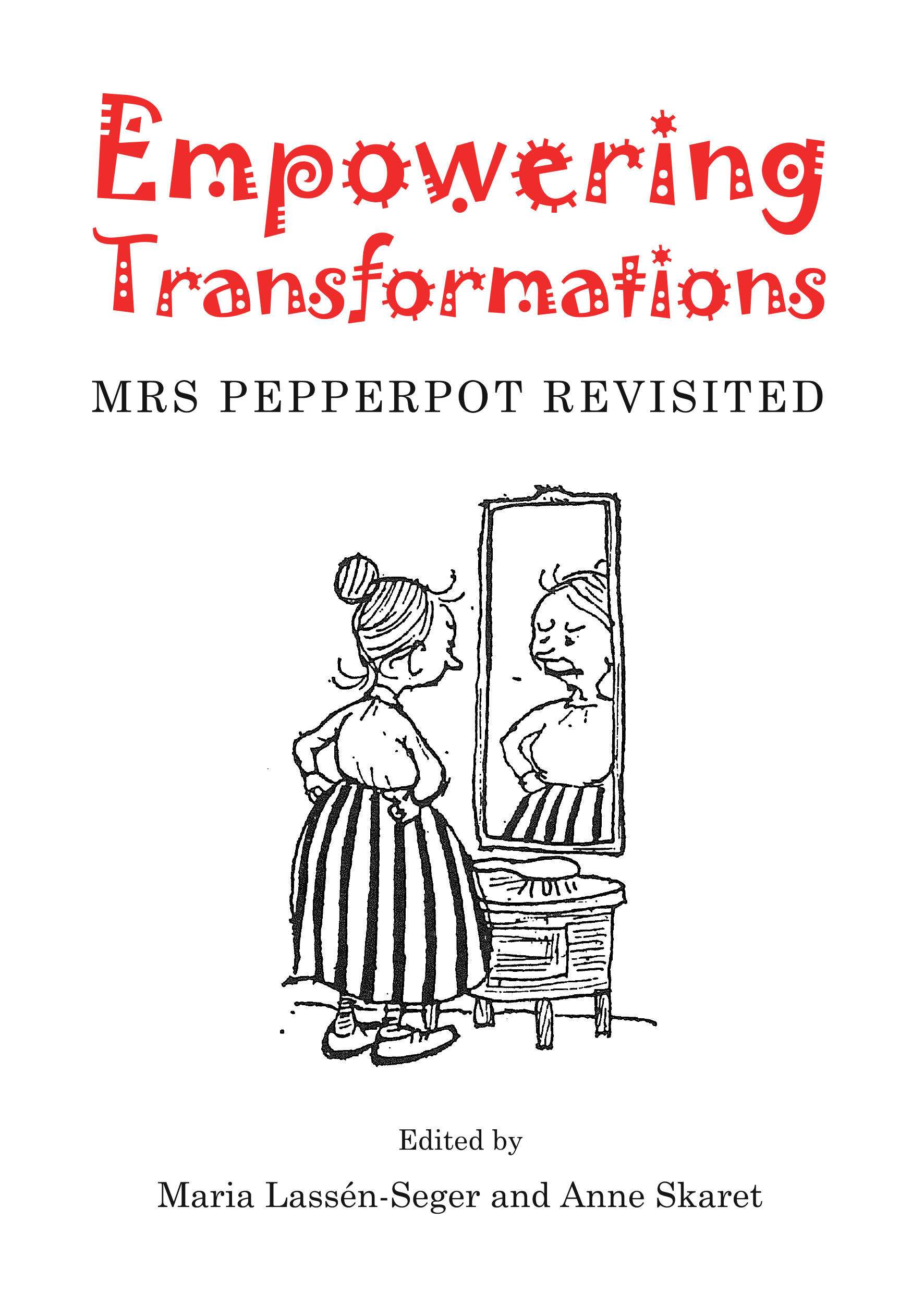 Norwegian author Alf Prøysen’s feisty little old Mrs Pepperpot appeared for the first time in print in 1955. Translated into well over twenty languages, the now classic Mrs Pepperpot stories have, so far, received surprisingly little critical attention. Empowering Transformations: Mrs Pepperpot Revisited fills that long over-due gap by providing a range of essays written by experts in the field. The volume explores Prøysen’s heroine in dialogue with recent theorising in order to broaden and deepen the understanding of her enduring popularity.

The study introduces Prøysen’s works and career to an international readership, but also delves deeper into the Mrs Pepperpot phenomenon. Her character is analysed in view of metamorphosis, power, gender, and queer theory, and the stories’ ethical impact is assessed through the use of cognitive literary theory. Mrs Pepperpot’s many transformations into other media (illustration, sculpture, radio, TV, and Advent Calendar) are also considered, as well as her relations to nature, animals and technology, which are approached eco- and techno-critically.

The volume appeals to an academic readership interested in literature, children’s literature, media studies, cultural studies and Scandinavian studies, as well as the general public celebrating Prøysen’s 100th anniversary in 2014.

Maria Lassén-Seger, PhD, is Head of Unit of the Arts and Humanities Library at Åbo Akademi University, Finland, where she also teaches children’s literature. She is a member of the ALMA-jury, the author of Adventures into Otherness (2006), and the co-editor of Celebrating a Displaced Hedgehog (2012).

"This book is tightly edited, the chapters are just long enough to establish their perspective and implement clear reasoning within the overall framework. The articles all suit each other. Several times throughout the book, Mrs Pepperpot is compared with other children's literary classics, like Alice in Wonderland or Astrid Lindgren's characters, characters that are not only loved by readers but are also thoroughly analysed by researchers. This book moves Mrs Pepperpot into the same league."

"What emerges from this volume ... is a far more rounded portrait of the author, whose range of material was considerable. [...] And, armed with this volume, you have the perfect toolkit for including this Norwegian author on your children’s literature course, with some excellent critical material to help you explore the various dimensions of Prøysen’s lively character."

“Happy Birthday Mrs Pepperpot! This refreshing new examination of Alf Prøysen’s best-loved character is as lively as the feisty woman it celebrates. Highlights of the collection include comparisons of the different illustrators of Prøysen’s work, a study of a statue erected in honour of his best-loved character, and a full account of her travels in Norwegian, Swedish and English. This collection not only covers the main theoretical approaches to children’s literature, but also includes insights into the statues, advent calendars and other ephemera that have extended Mrs Pepperpot’s range of influence.”
—Lydia Kokkola. Professor of English and Education, Luleå University of Technology.

“Nordic scholars have contributed to this volume celebrating the 100th anniversary of the Norwegian author and versatile artist Alf Prøysen. It is a very solid scholarly contribution, and highly readable as well for anyone with a general interest in children’s literature. The contributions include many theoretical perspectives, focusing on central themes and motifs, as well as on ethical issues, ideology, genre, and gender studies. In addition to traditional literary criticism, there are interesting essays on diverse illustrations, TV and radio adaptations, and on how Mrs Pepperpot conquered British publishing houses—via Swedish editions.
The editors, Maria Lassén-Seger from Finland and Anne Skaret from Norway, are both renowned scholars within the field of children’s literature. They have done a remarkable job in shaping this volume into a well-wrought urn.”
—Rolf Romøren, Associate Professor at Agder University, Norway, and former Vice President of the International Research Society for Children’s Literature (IRSCL)