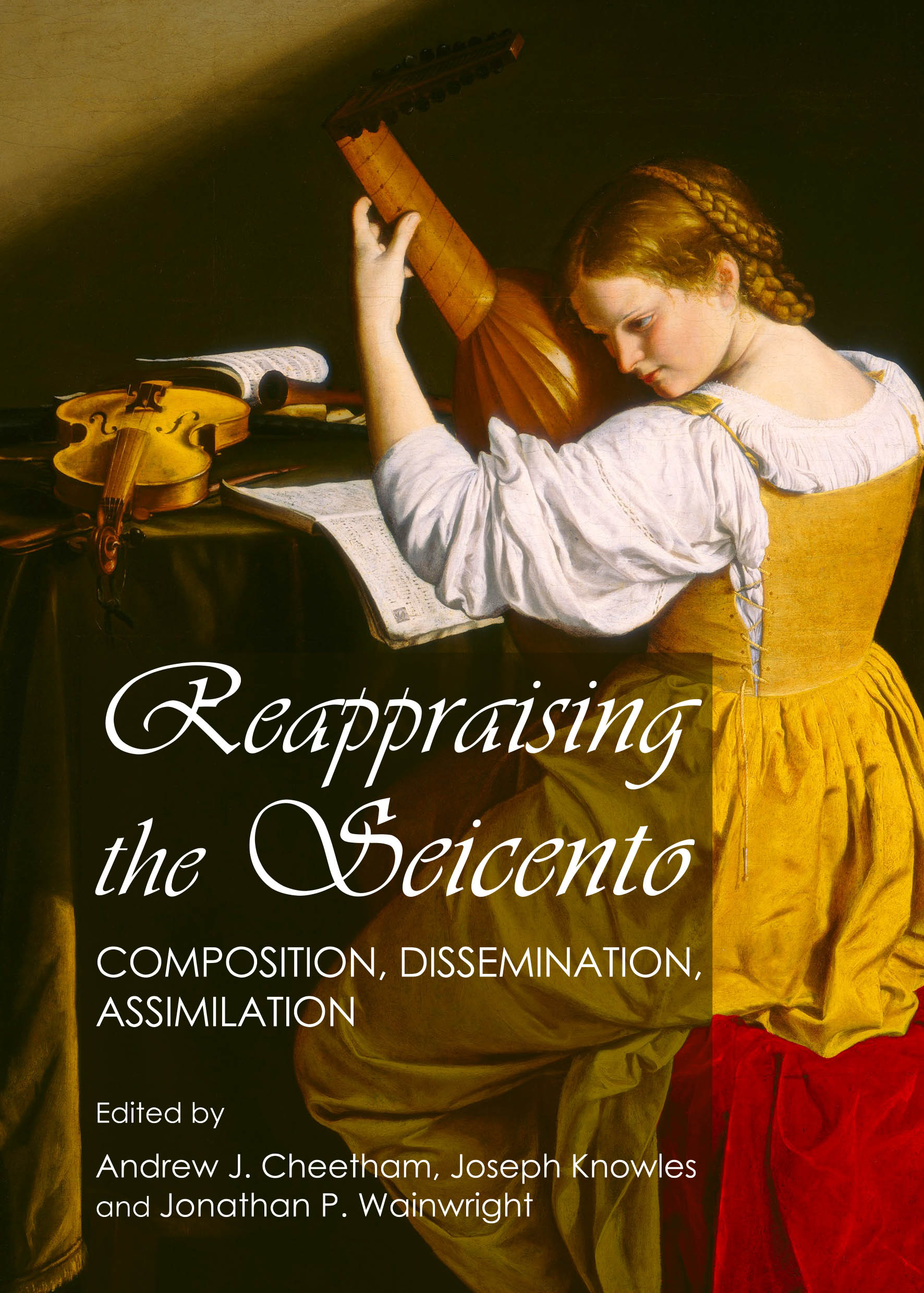 Reappraising the Seicento presents new perspectives on some relatively well-researched areas of music history and adumbrates some more arcane aspects of the period, offered by fledgling scholars and early career researchers in the field of musicology. The scope of the title has the potential to warrant a tome on the subject, but it is not the intention to provide a comprehensive survey of music in the seventeenth century. Instead, five essays are presented, divided into two sections, which represent the research activities of young scholars with an interest in the seicento.

In the first part of this book, compositional procedure in seicento Italy is examined through two different analytical procedures. Musical styles and fashions changed considerably throughout Europe in the seventeenth century; at the forefront of these changes were Italian composers and performers, who found fame and influence in their native countries as well as abroad.

In the second part of this book, the dissemination of Italian music in seventeenth-century England and the appropriation and assimilation of contemporary Italian compositional techniques by English composers are considered. The phenomenal interest shown in Italian music by English patrons and musicians of the seventeenth century is placed into context, and is revealed to be part of a larger historical trend.

Andrew J. Cheetham is in the final stages of his PhD—“The Baroque Concertato in England, 1625–c. 1660”—at the University of Huddersfield. The two composers central to his thesis are Richard Dering and George Jeffreys. Andrew is supervised by Dr Graham Cummings and Professor Jonathan Wainwright, and is the grateful recipient of a fee-waiver scholarship from the University of Huddersfield. His research interests centre primarily on English sacred music of the sixteenth and seventeenth centuries.

Joseph Knowles is in the final stages of his PhD at the University of York, funded by the Sir Jack Lyons Scholarship. His thesis examines modality and chromaticism in the madrigals of Don Carlo Gesualdo. In November 2013, he organised the international “Gesualdo 400th Anniversary Conference” at the University of York. He is a graduate of the Royal College of Music in composition.

Jonathan P. Wainwright is Professor of Music at the University of York. He has published extensively on English and Italian music of the sixteenth and seventeenth centuries, is an editor of scholarly editions and of contemporary English church music, and his CD recordings range from Medieval carols through to Percy Whitlock’s Organ Symphony. He was editor of the Royal Musical Association Research Chronicle from 1994 to 2010.