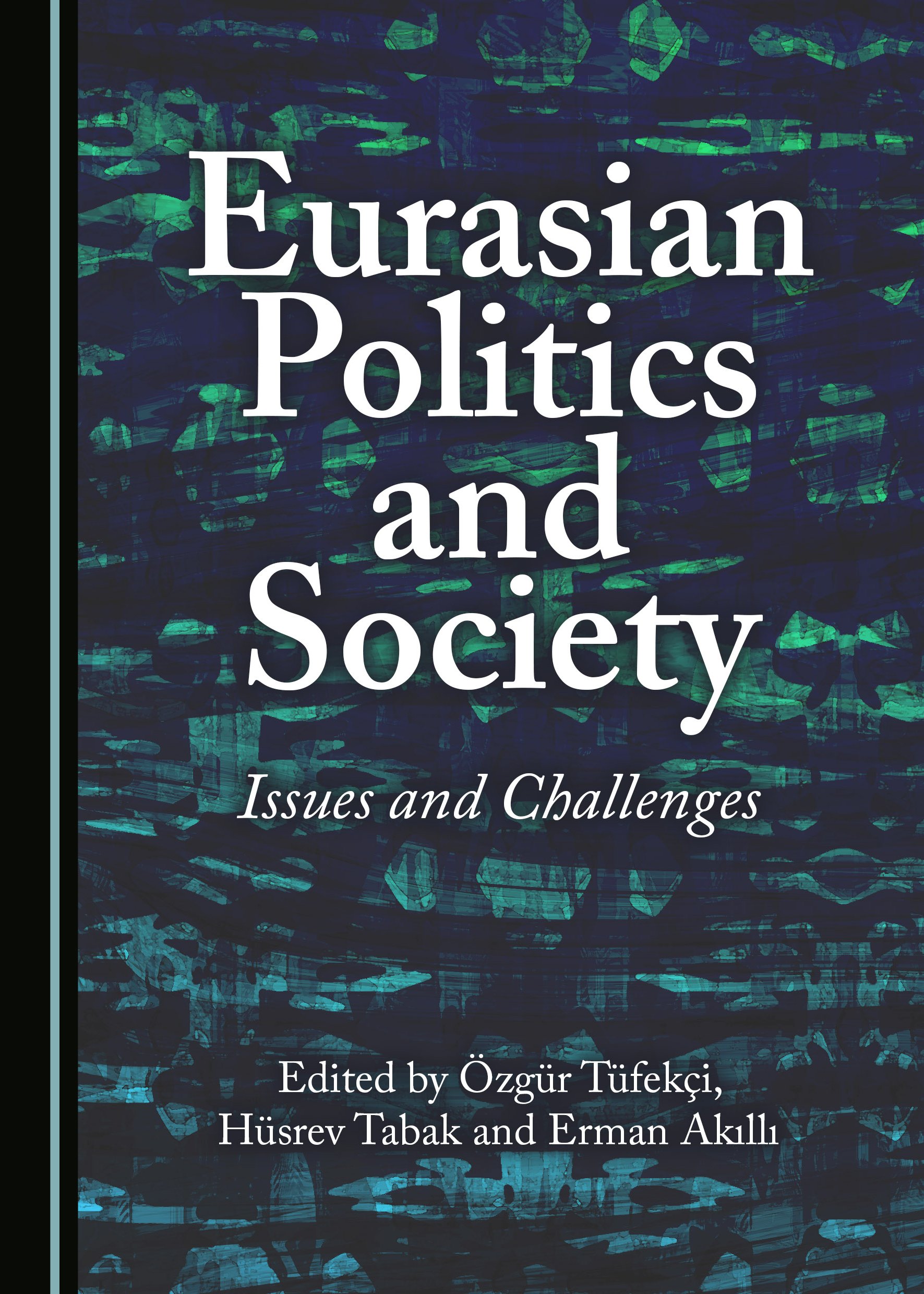 Eurasian Politics and Society: Issues and Challenges studies the various outcomes of regional transformation, the ideology of Turkish Eurasianism, and the Eurasian Economic Union. In doing so, it looks at the power struggle in the South Caucasus, Kazakhstan’s relations with Russia, Russia’s sense of Eurasianism, and geopolitical awareness as a pattern of imperial self-perception for Putin’s Russia. The book also provides a detailed analysis of the situation in Syria from a humanitarian perspective, and utilizes an innovative approach in exploring how the European Neighbourhood Policy resonates in Neo/Functionalism.

As such, this volume represents a valuable resource for graduate and undergraduate students, academics and researchers in the areas of security, political economy, European studies, post-Soviet studies, and Eurasian studies.

Özgür Tüfekçi is Assistant Professor of International Relations at Karadeniz Technical University, Turkey. He is also founder and Director-General of CESRAN International, a UK-based think-tank (www.cesran.org). He holds an MA in International Studies from the University of Sheffield, UK, and a PhD in Sociology and International Relations from Coventry University, UK. His primary research interests are (Turkish) Eurasianism, nation-building, theories of nationalism, geopolitical studies, rising powers and regionalism. He is the author of “The Foreign Policy of Modern Turkey: Power and the Ideology of Eurasianism” (2017). He is also the Editor-in-Chief of the Journal of Global Analysis, and Senior Editor of Caucasus International.

Hüsrev Tabak is currently Assistant Professor in the Department of International Relations at Recep Tayyip Erdogan University in Rize, Turkey. He completed his Ph.D. in Politics at the University of Manchester and his M.A. in Politics and Sociology at University College London (UCL). He is the author of “The Kosovar Turks and Post-Kemalist Turkey: Foreign Policy, Socialisation and Resistance” (2016). Some of his papers have appeared in Peace Review, Uluslararası İlişkiler and Insight Turkey. His research interests include norms, ethnicity, ethno-politics, and foreign policy analysis. He has been working as executive editor for the international journals including the Journal of Global Analysis and Caucasus International.

Erman Akıllı is an Assistant Professor in the Department of International Relations at the University of Ahi Evran, Turkey, where he has been a faculty member since 2010. Professor Akilli completed his PhD at Gazi University, Turkey, and has taught Turkish Foreign Policy for both undergraduate and postgraduate students. As an expert, he continues to author scholarly articles, opinion pieces and book chapters on contemporary Turkish foreign policy. In addition to his teaching and research responsibilities, Professor Akilli also serves as Coordinator of the Foreign Affairs Office for Ahi Evran University. His book, State Identity and Foreign Policy in Turkey/Turkiye’de Devlet Kimligi ve Dis Politika (2016), focuses on the state identity analogy and paradigm shift in Turkish Foreign Policy.