Developments in the Acquisition of Clitics 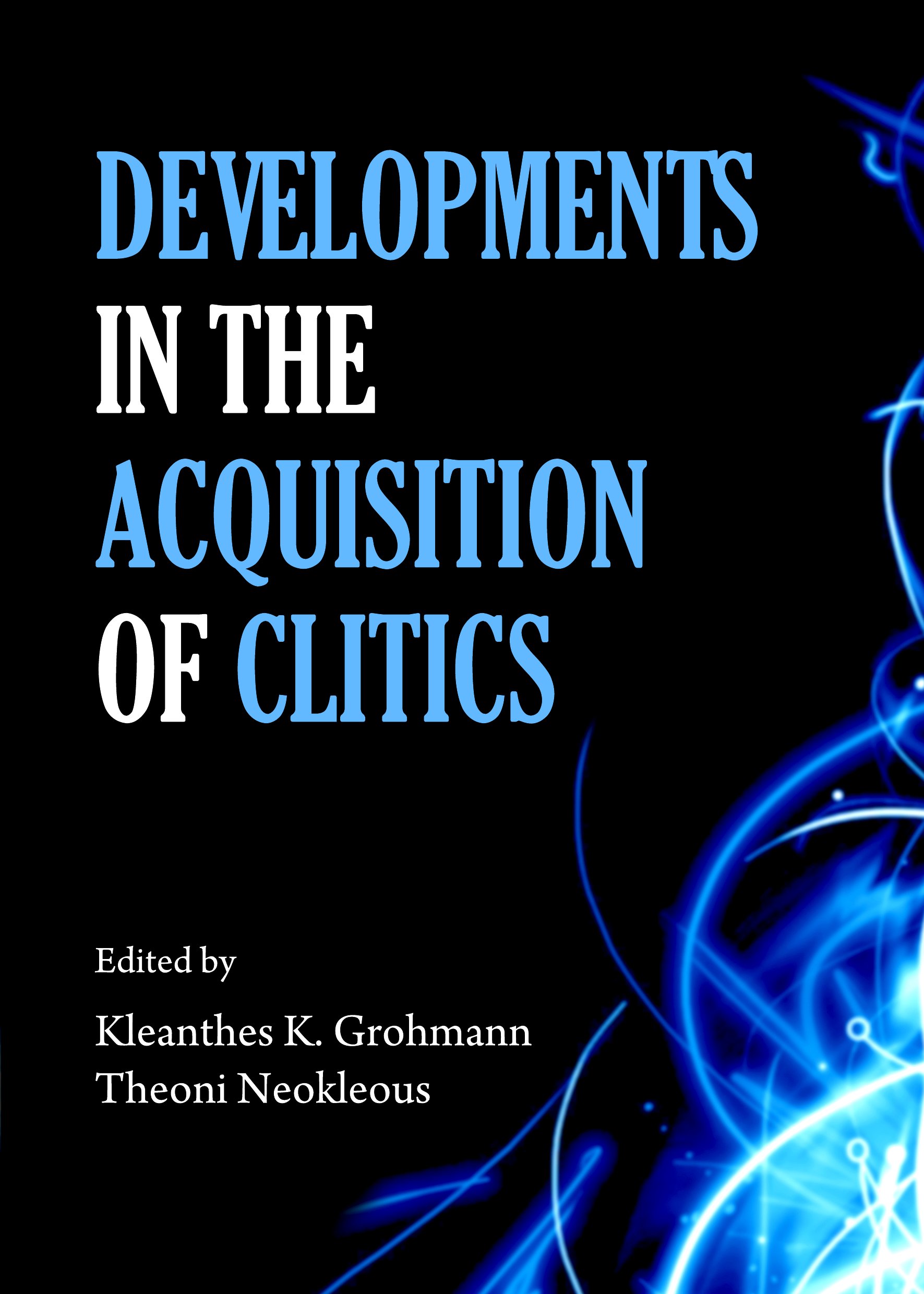 The present volume presents new theoretical and empirical findings on the acquisition and development of clitics in and across different languages. It features ten chapters that largely emerged from the CYCL1A Workshop on the Acquisition of Clitics held in Nicosia, Cyprus, in May 2012. These chapters explore issues pertaining to the first (L1) and second language (L2) acquisition of clitic pronouns. There is an emphasis on Greek, with the first four chapters discussing mono- and bilingual acquisition of clitics in Cypriot Greek and the next two chapters on Standard Modern Greek. Three contributions focus on Albanian, Serbo-Croatian, and European Portuguese, respectively. The last chapter of this volume is an invited contribution by Ken Wexler on the Unique Checking Constraint as an explanation of clitic omission in normal and SLI development. This volume will constitute a valuable reference guide for current work on the acquisition of clitic pronouns.

Kleanthes K. Grohmann is Associate Professor of Biolinguistics at the University of Cyprus and founding Director of the Cyprus Acquisition Team. With over 100 (co-)authored journal articles, book chapters, and conference proceedings, he has published widely in syntactic theory, language acquisition and development, multilingualism, and language impairments. He has also (co-)authored and edited a large range of books, including the most recent Cambridge Handbook of Biolinguistics with Cedric Boeckx (Cambridge University Press, 2013), with whom he jointly edits the peer-reviewed open-access journal Biolinguistics.

Theoni Neokleous has recently completed her PhD in Language Acquisition at the University of Cambridge. Her thesis focuses on the first language acquisition of clitic placement in Cypriot Greek. She has worked on a two-year research project funded by the Cyprus Research Promotion Foundation at the University of Cyprus and taught courses in Linguistics. She is currently editing a special issue on the acquisition of clitics for the journal Lingua (with Kleanthes K. Grohmann).