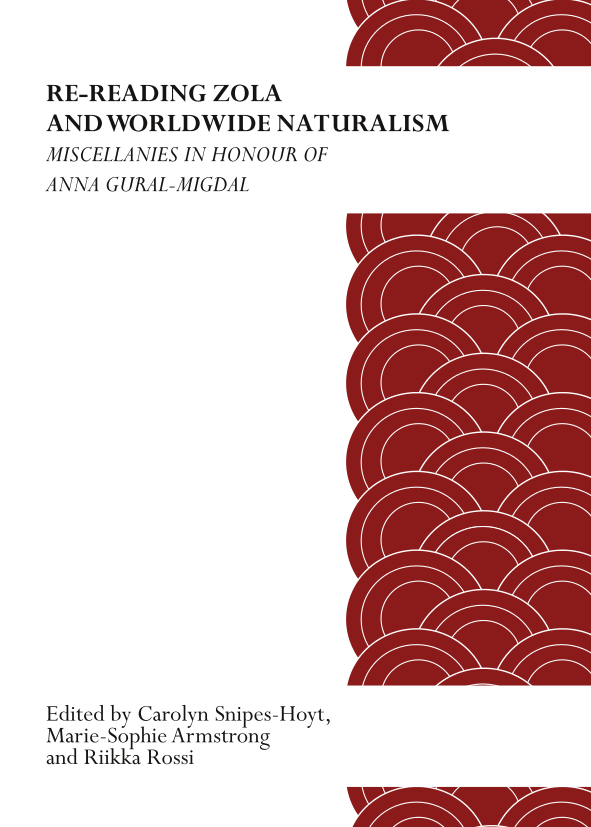 Re-Reading Zola and Worldwide Naturalism continues the discussion of Émile Zola and French naturalism with examinations of unexplored areas of the founding father’s project and legacy. In addition to offering essays on Zola’s lesser known naturalist contemporaries, the volume extends the investigation of the naturalist literary current to include areas of Europe outside France, as well as the Americas and Asia, tracking its persistence in various forms through the twentieth century and into the twenty-first. The authors pay particular attention to the ways naturalism was conceived and then received, including in other channels, undergoing transformations in new social conditions and creating other versions of the basic precepts.

This work features multidisciplinary and comparative approaches to the study of naturalism, paying tribute to Anna Gural-Migdal—a Professor of French Literature and Film Studies at the University of Alberta, in Canada, who specializes in the visual aspect of Zola’s Rougon Macquart novels and the transfer of these strategies to naturalist film. She has been a leader in the field of Zola and naturalism in her role as president of the AIZEN for almost fifteen of its twenty years of existence.

Carolyn Snipes-Hoyt, an Adjunct Professor at Pacific Union College (USA), has published articles on various aspects of late nineteenth- and early twentieth-century French cultural and literary representation, such as naturalism, medievalism and regionalism, in collections and journals. Together with Anna Gural-Migdal, she edited a collection of essays entitled Zola et le texte naturaliste en Europe et aux Amériques: Généricité, intertextualité et influences (Mellen, 2006). She is an Associate Editor of Excavatio, an international review devoted to Zola and naturalism.

Marie-Sophie Armstrong is an Associate Professor of French at Lehigh University (USA) and an Associate Editor of Excavatio, who has published on nineteenth- and twentieth-century French writers. With an emphasis on what could be termed intra-poetic relationships, she has investigated, for example, manifestations in the Rougon-Macquart of Émile Zola’s tormented relationship with Victor Hugo. Her articles on Zola’s novels have appeared in collections and journals such as Romanic Review, French Forum, Les Cahiers naturalistes, Nineteenth-Century French Studies, The French Review and Excavatio.

Riikka Rossi is a Docent of Finnish literature at the University of Helsinki (Finland) whose research centers on the history and theory of realism and naturalism and the comparative study of French and Nordic literature. She authored Le naturalisme finlandais. Une conception entropique du quotidien (SKS, 2007) and edited, as part of a group, Rethinking Mimesis: Concepts and Practices of Literary Representation (Cambridge Scholars, 2012). Her articles and essays on Finnish naturalism, Zola, Flaubert, Ibsen and Hamsun have appeared in collections and in journals such as Excavatio, Les Cahiers naturalistes, Scandinavian Studies and Nordlit.

"The insertion of “miscellanies” in the title of this collection is fitting, although the scope of the perspectives and studies contained within should not discourage the reader. If one seeks to stray from the somewhat well-beaten path of research on French naturalism, rich rewards await. This volume will prove useful to seasoned scholars of Zola and to newcomers alike. Given the wide range of topics, Re-reading Zola and Worldwide Naturalism would be a valuable addition to both undergraduate and graduate collections."