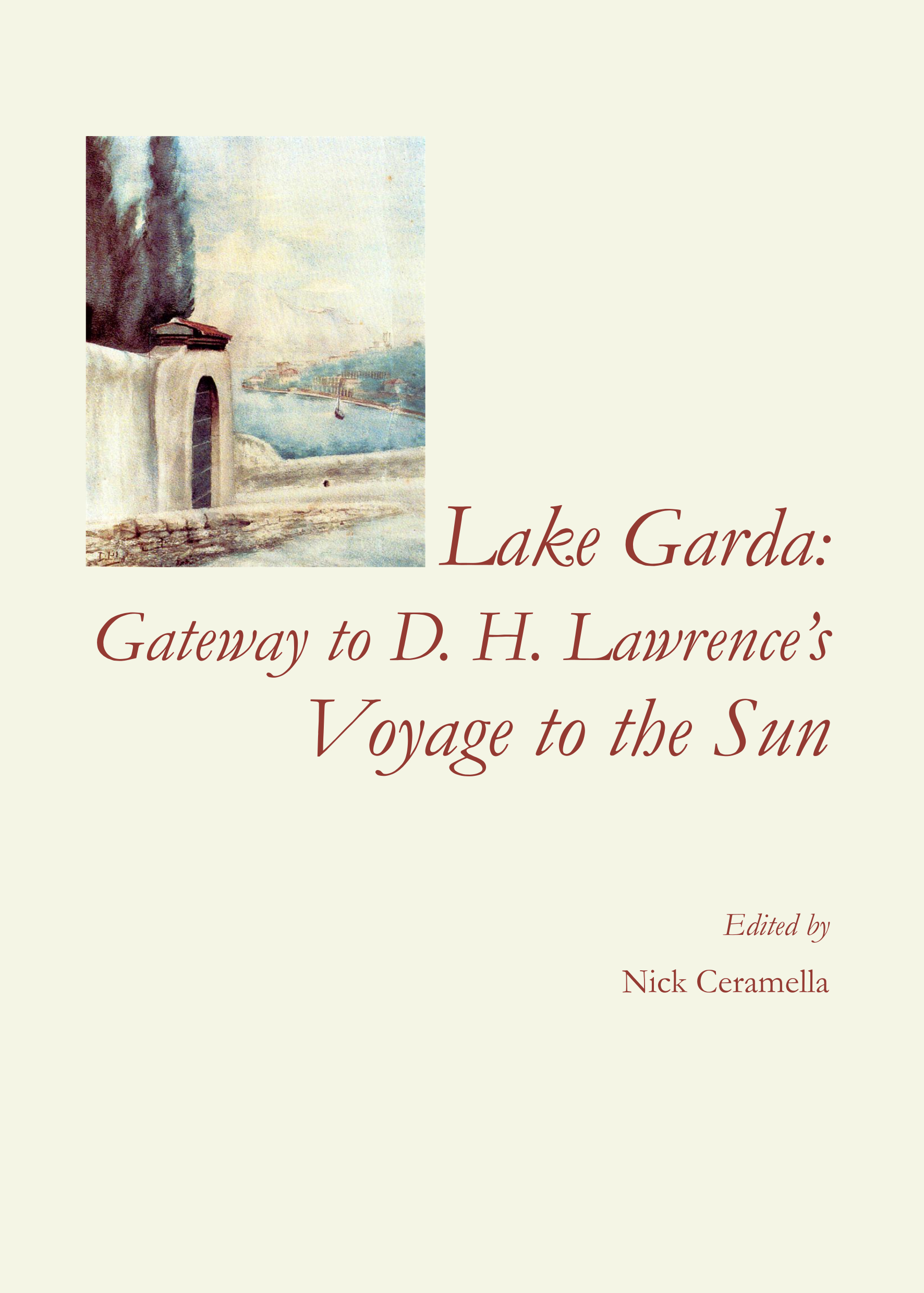 “Comes over one an absolute necessity to move.” This opening sentence of Sea and Sardinia (1921) is strikingly telling about D. H. Lawrence’s life, which can be considered both literally and metaphorically as a journey to the sun. In this respect, as the title of our symposium – “Lake Garda: Gateway to D. H. Lawrence’s Voyage to the Sun” – suggests, he began his life-long quest in Gargnano, in 1912. This eponymous book draws together the papers presented at the Gargnano Symposium in 2012 to commemorate the centenary of the writer’s stay in that “paradise” (3 September 1912 – 11 April 1913).

The focus of our event was on Lawrence’s “sun search” and “travelling”; two thought-provoking, multifaceted topics for a sparkling critical debate, expanding outside “canonic” criticism into music and painting. This collection, in fact, comes with a CD featuring 12 songs; poems by Lawrence put to music for soprano and piano by the American composer William Neil. It also includes the reproduction of seven paintings from “Via D. H. Lawrence”, out of a sequence of 25, in which the German painter Sabine Frank follows the writer’s footsteps in the Garda area. The result is a unique and stimulating book, combining literature, music and painting. Thus, it provides an invaluable enrichment for all of us, meant to inspire intellectual confrontation and circulation of ideas in the domain of Laurentian studies. This is the sort of book that any Laurentian, reading either for academic purposes or pleasure, cannot possibly miss.

Nick Ceramella has been teaching at the University of Rome “La Sapienza”, the University of Naples “L’Orientale”, the University for Foreigners Perugia, and at the University of Trento. In 2007 and 2008, he was a Visiting Professor at the Humanities’ University in Moscow, Russia, and at the Universidade Federal of Alagoas, Brazil. Since 2010, he has been a curricula developer and consultant of English Literature, Translation studies, and ESP in the EU financed South Eastern European Project for the Advancement of Languages. Over the past 14 years, he has taught English and American Literatures, Translation studies, ESP, and History of English. His eclectic teaching is also reflected in his latest publications: Is English a Killer Language or an International Auxiliary? Its Use and Function in a Globalised World (Athens 2013); Interface Between Literature and Tourism (Perugia, EU Commission 2013); American Writers’ Imaginative Empathy for Risorgimento and Emigration (London and NY, 2013); and English for the Media (Cambridge: CUP, 2008). Among other projects, he is accomplishing a History and Anthology of English Literature in 4 volumes, due in 2015. Nick Ceramella has written extensively on D. H. Lawrence; one of his main essays is “Translation and Reception of D. H. Lawrence’s Works in Italy: ‘The Story’” (London: Continuum, 2007). He was executive director of the VIII Intentional D. H. L. Conference in Naples, 2001; co-director of the International Conference “Lady Chatterley in Florence, After Eighty Years”; and Chair of the First International D. H. Lawrence Symposium in Gargnano in 2012.