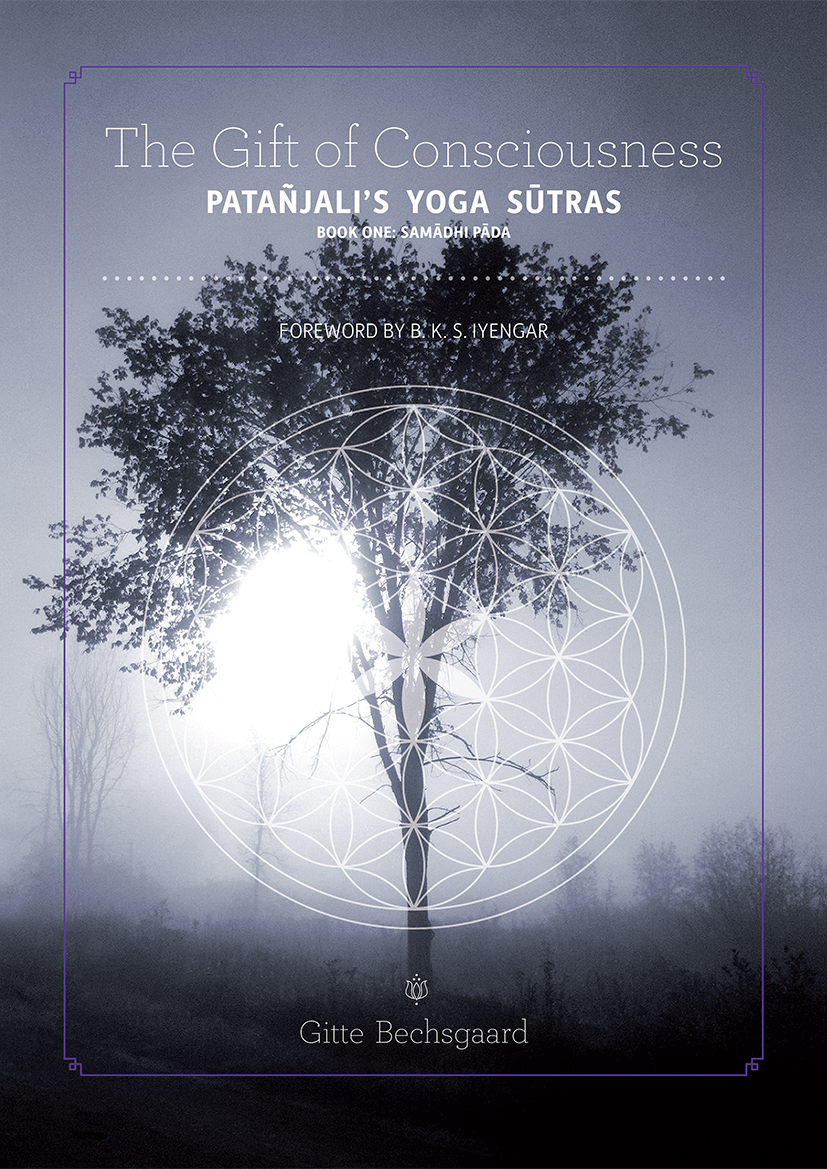 Meticulously researched and compellingly written, The Gift of Consciousness is an engaging and approachable overview of Patañjali’s Yoga Sūtras through the prism of both Eastern and Western psychology. Grounded in a thorough knowledge of the Sanskrit original and training in psychology, Gitte Bechsgaard opens out these complex texts to the general reading public. Bechsgaard’s clear-eyed approach makes this ancient text relevant to anyone interested in Yoga philosophy and practice. This book, with its emphasis on integrating Yogic insights into everyday life, will be an important resource for Yoga teachers and practitioners, academics, and general readers who have an interest in Eastern religion and philosophy, meditation and psychology.

Gitte Bechsgaard, PhD, is the founding director of the Vidya Institute, Toronto, Canada. Bechsgaard has studied and practiced Yoga for over 20 years in Copenhagen and Toronto, focusing on a variety of Vedic disciplines with Śri Krishan Mantri for the past ten years. She works as a psychotherapist in private practice.

“The Gift of Consciousness: Patañjali’s Yoga Sūtras by Gitte Bechsgaard, PhD, [should] be read by those who love Yoga in general and by practitioners of Yoga in particular. This book acts as a guide [for one] to take a journey from the bank of mundane life towards the bank of spiritual life.”
– B. K. S. Iyengar, Yoga Master; author of Light on the Yoga Sūtras of Patañjali and Light on Yoga

“Any reader will be highly rewarded in their own lives and Yoga practices through a careful reading of this book.”
– Frederick M. Smith, Professor of Sanskrit and Classical Indian Religions, University of Iowa; author of The Self-Possessed

“This work is a masterful overview of the Yoga Sūtras and their meaning for us today. Bechsgaard’s background in Western psychology allows for an intriguing comparison between South Asian and Western schematas of the human psyche. This work will appeal to a broad audience including scholars of religion, Yoga teachers and practitioners, and … general readers who have an interest in Eastern religion and philosophy, meditation and psychology.”
– Gillian McCann, PhD, Assistant Professor of Religions and Culture, Nipissing University; author of Vanguard of the New Age

“Gitte Bechsgaard’s The Gift of Consciousness is a brilliant tour de force linking the best of Eastern and Western thought on the nature of the self and methods for its exploration. The clarity of her writing makes this rich exposition of a very important subject delightfully accessible to the Western reader.”
– Adam Crabtree, PhD, author of Trance Zero and From Mesmer to Freud