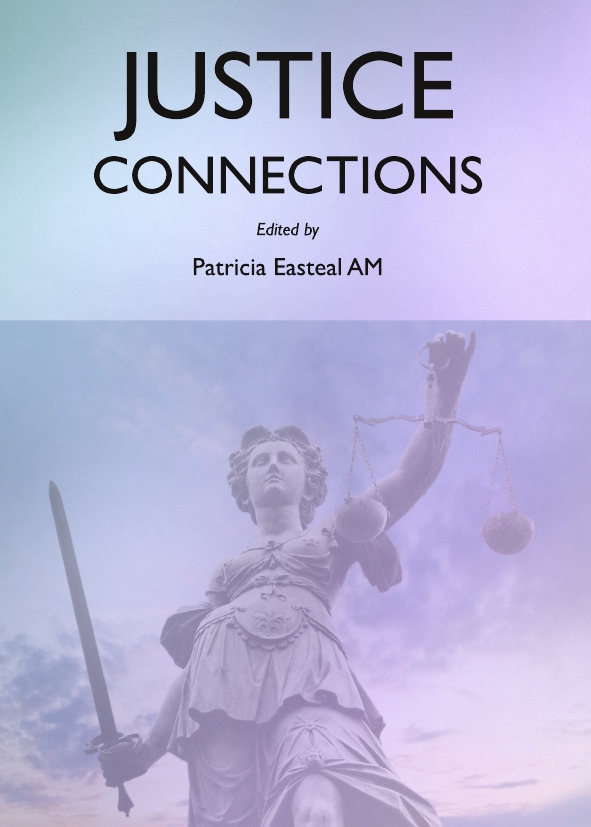 Former High Court judge of Australia, the Hon Michael Kirby, AC, CMG, in addressing the symposium that has evolved into this book, stressed the need for vigilance in the pursuit and protection of justice. Justice Connections is evidence of such vigilance.

However, certain themes are constant. The notion of respect for the individual and their personal characteristics underpins the analyses in the book. Accordingly, a number of contributors examine the need to recognise and protect the potentially vulnerable in society. There is recognition too of the significance of the public interest and public participation in just policy and decision-making.

Whilst the principle of the rule of law is a constant in civilised society another message of the book is that its form is very much an evolving beast. Furthermore, the book illustrates that justice is not synonymous with law, but more, as Professor Margaret Thornton concludes, ‘a performative idea that is played out differently in different sites by different actors’.

Professor Patricia Easteal, AM, is a legal academic, author and advocate at the School of Law, University of Canberra. She investigates justice and the law, specifically in the areas of criminal law, family law, discrimination law, employment law and immigration law. She has published 15 books and over 150 academic journal articles with a primary focus on access to justice for women. She was a finalist for the Human Rights Community Award in 2012, was 2010 Australian of the Year (ACT) and became a Member of the Order of Australia in 2010. Her achievements in learning and teaching have been recognised with national Australian Learning and Teaching Council awards.