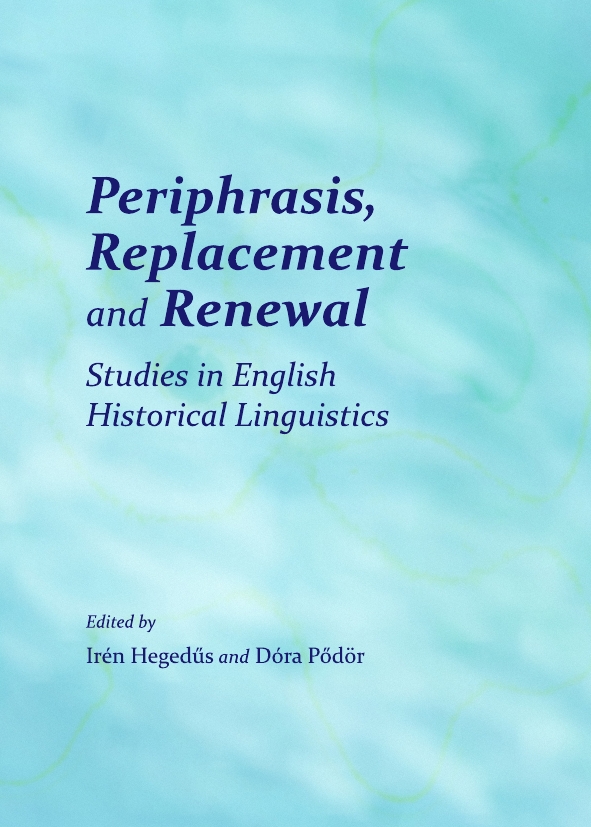 The contributions to this volume smoothly blend synchronic theory and diachronic investigations, and thus offer novel observations about the historical evolution of the English language from various theoretical angles (such as minimalist theory, formal semantics, recent theories on productivity, and various discourse models). By offering new vantage points and improved frameworks for the study of Present-Day English, the papers also provide solutions to problems that have been persistently present in the synchronic analysis of English.

The papers are arranged around four thematic headings. The first part discusses patterns and models of replacement, while the second focuses on syntactic and semantic variation. The third part presents case studies of the historical development of adverbials and particles. The final part investigates functional and regional variation in discourse and vocabulary.

The 15 peer-reviewed, revised papers were originally presented at the 16th International Conference on English Historical Linguistics held in August 2010 in Pécs, Hungary.

Irén Hegedűs is Associate Professor at the Department of English Linguistics, University of Pécs, Hungary. She has been teaching English historical linguistics since 1990. Her research interests also include other areas of historical comparative linguistics, such as the phonological and morphological reconstruction of Nuristani languages and the investigation of the possible distant genetic relationships of language families.

Dóra Pődör is Associate Professor at the Department of English Linguistics, Károli Gáspár University of the Reformed Church in Hungary, Budapest. She has been teaching the history of the English language since 1996. Her research interests include the history of the English and the Irish languages, varieties of English, terminology, and lexicography.