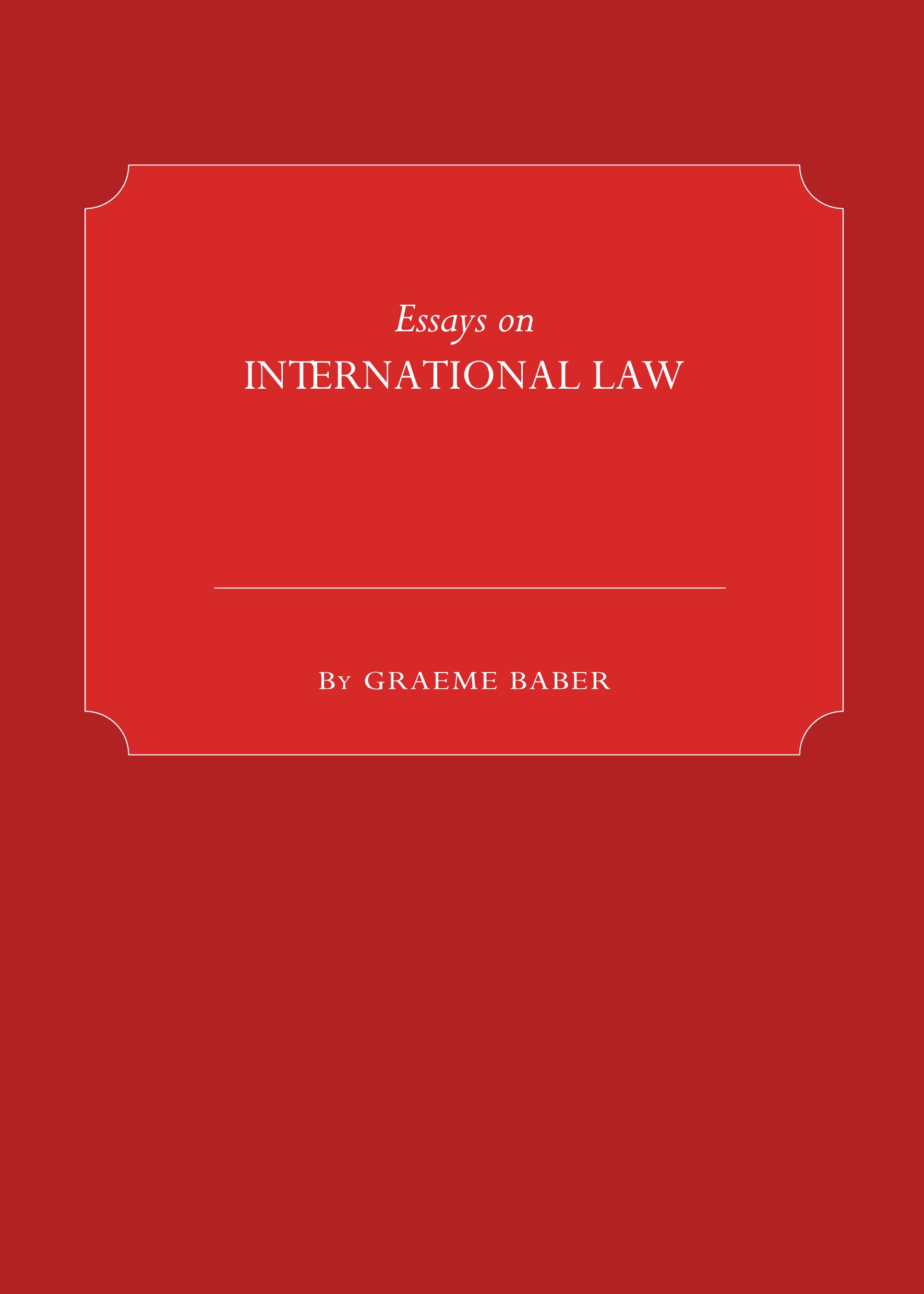 This book contains ten writings on different aspects of international law, each of them cross-referenced, in instances in which information in one is relevant to points made in another. The first essay considers the character of the subject, and its relation to other entities of relevance to it, such as its compatibility with national law and its relation to maritime law. The second one considers different types of legal instruments in settings of international law, and explains how to read a multilateral convention, using the Convention for the International Sale of Goods as an example. The third part discusses the characteristics of a state and the concept of recognition, the fourth reviews the various roles that institutions take in international law, concentrating in particular on major regional organisations, and the fifth explores the extent to which the World Trade Organisation and the General Agreement on Tariffs and Trade provide for developing countries.

Graeme Baber is an independent legal researcher, specializing in international, European and United Kingdom financial law. He has published more than 30 articles, comments, briefings and updates across these areas, and his previous books with Cambridge Scholars Publishing include The Impact of Legislation and Regulation on the Freedom of Movement of Capital in Estonia, Poland and Latvia and The Free Movement of Capital and Financial Services: An Exposition? His most recent book is a treatise entitled The European Union and the Global Financial Crisis: A View from 2016 (Nova Science Publishers). Graeme is an experienced teacher of university students, lecturing on both financial law and international law.