Purgatory between Kentucky and Canada: African Americans in Ohio 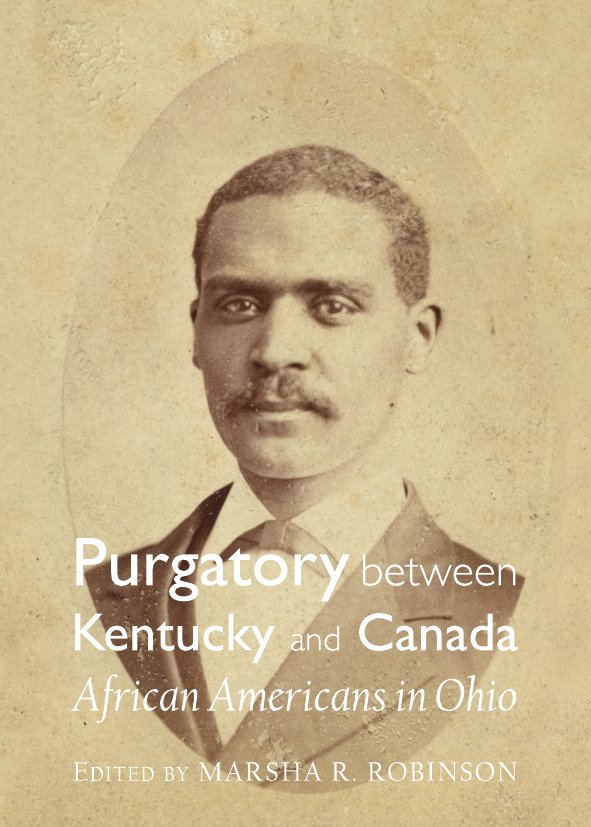 Democracy is a multigenerational project, a haven carved out of tyranny by the liberal and diligent application of the sharp-edge of social networks.

Purgatory between Kentucky and Canada: African Americans in Ohio presents the work of several scholars who have researched the micro-tactics of ordinary people who attempted to create a little space of peace in a place that was less heavenly than some might suppose.

We present histories of nineteenth- and twentieth-century Ohio African American individuals who fought for higher education, voting rights, the right to live where they chose and the right to “secure the blessings of liberty” and equality for themselves and their children. Some were prosperous farmers. Others were masters of print and radio media. Still others dedicated themselves to freeing fellow citizens from the oppression of ignorance. We find that they all used social networks to secure the fulfillment of the promises made in the Declaration of Independence and the U.S. Constitution.

We hope that these lessons in social networking and in perfecting democracy from Ohio African Americans’ experiences will inspire ordinary people everywhere, especially in the Mediterranean Rim where people are living through the hell fires of democratic revolutions that are popularly known as the Twitter Revolutions of 2010–2013.

While democratic popular uprisings create a tough row to hoe for patriotic demonstrators, the many people and families that you will meet in this volume teach that the fruits of democracy are worthy of diligent and brave efforts by demonstrators and their descendants.

Marsha R. Robinson graduated from the School of Foreign Service at Georgetown University, earned her MA in American History at Central Connecticut State University, and went on to study African American and African Studies at the Ohio State University where she earned her PhD in Women’s History with a global focus. The author of Matriarchy, Patriarchy and Imperial Security in Africa: Explaining Riots in Europe and Violence in Africa, she has presented her research at international conferences in the United States, Nigeria and Norway. The present book is the third edited volume with Cambridge Scholars Publishing in the Inverting History with Microhistory series. The other two volumes are Lesser Civil Wars: Civilians Defining War and the Memory of War and Women Who Belong: Claiming a Female’s Right-Filled Place.