Creation and Use of Historical English Corpora in Spain 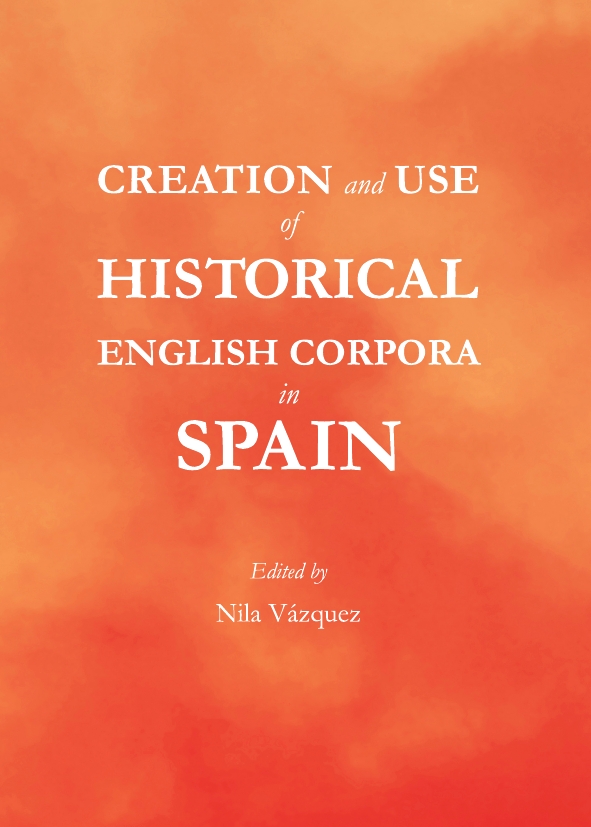 Even before the Helsinki Corpus was published, Spain had a good amount of Historical English researchers, such as the group directed by Teresa Fanego in Santiago de Compostela. In the last couple of decades, the number of scholars working in the field of Historical Corpus Linguistics has increased, and, nowadays, there are some interesting projects in Spain that will result in the publication of valuable material for scholars throughout the world.

The aim of this volume is twofold. On the one hand, the first section is devoted to describing and analyzing the aforementioned projects taking place at different Spanish Universities, such as the CoER (Corpus of Early English Recipes, University Las Palmas), the Coruña Corpus (a corpus of scientific documents, University of Coruña), the Salamanca Corpus (University of Salamanca) and the SCONE Corpus (University of Seville), among others. The output of these projects will shed light on the dialectology of early periods of the English language. This material will provide a great amount of new information for scholars who work in this field.

The second part includes the findings of some of the Spanish scholars who deal with Historical English Corpora, including those in the first part of the volume, or more traditional corpora, such as the Helsinki Corpus, the Corpus of Early Correspondence or the Corpus of Late Modern English Texts, among others. With these two parts, the volume will offer a complete view of the studies on Historical English Corpora in Spain.

Nila Vázquez (BA and PhD, Santiago de Compostela) is Senior Lecturer in History of the English Language at the University of Murcia, Spain, where she teaches History of English and English for Specific Purposes. Her research interests include historical linguistics and sociolinguistics, textual scholarship and electronic editing, in which she has published extensively. She is the author of books such as The Tale of Gamelyn of the Canterbury Tales: An Annotated Edition, Editing Middle English in the 21st Century, and Medieval English Literary and Cultural Studies (together with Prof. Conde Silvestre); articles in leading journals such as Studia Anglica Posnaniensia, Variants, the Journal of the Early Book Society and the International Journal of English Studies; and chapters in collections published by John Benjamins, Peter Lang and Wiley-Blackwell. Dr Vázquez serves as one of the Assistant Editors of the scholarly journal Revista de Lenguas para Fines Específicos, and is a member of the Editorial Board of the journal Variants. She is also part of the Executive Boards of ESTS (European Society for Textual Scholarship) and AELINCO (Spanish Association for Corpus Linguistics).