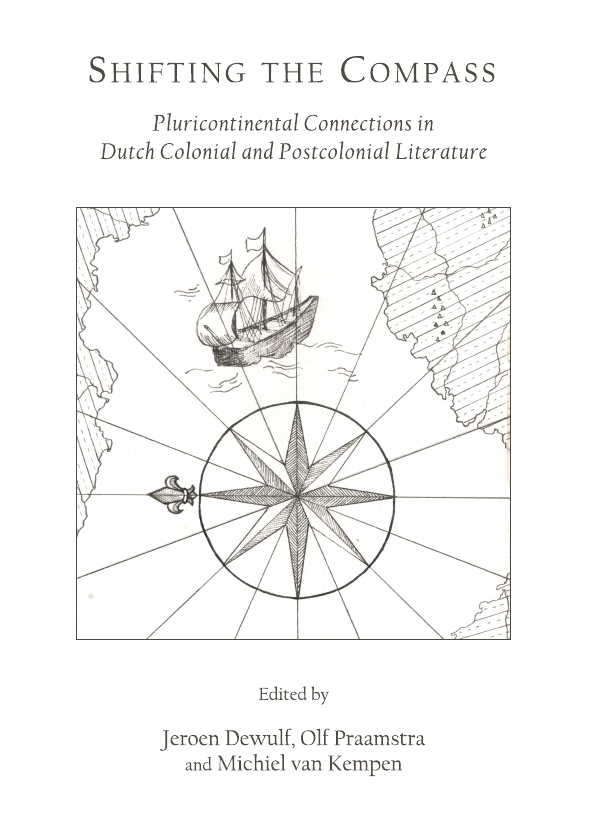 While the inclusion of a hybrid perspective to highlight local dynamics has become increasingly common in the analysis of both colonial and postcolonial literature, the dominant intercontinental connection in the analysis of this literature has remained with the (former) motherland. The lack of attention to intercontinental connections is particularly deplorable when it comes to the analysis of literature written in the language of a former colonial empire that consisted of a global network of possessions. One of these languages is Dutch. While the seventeenth-century Dutch were relative latecomers in the European colonial expansion, they were able to build a network that achieved global dimensions. With West India Company (WIC) operations in New Netherland on the American East Coast, the Caribbean, Northeastern Brazil and the African West Coast, and East India Company (VOC) operations in South Africa, the Malabar, Coromandel and the Bengal coast in India, Ceylon (Sri Lanka), Malacca in Malaysia, Ayutthaya in Siam (Thailand), Tainan in Formosa (Taiwan), Deshima in Japan and the islands of the Southeast Asian archipelago, the Dutch achieved dominion over global trade for more than a century. Paraphrasing Paul Gilroy, one could argue that there was not just a “Dutch Atlantic” in the seventeenth century but rather a “Dutch Oceanus.” Despite its global scale, the intercultural dynamics in the literature that developed in this transoceanic network have traditionally been studied from a Dutch and/or a local perspective but rarely from a multi-continental one. This collection of articles presents new perspectives on Dutch colonial and postcolonial literature by shifting the compass of analysis. Naturally, an important point of the compass continues to point in the direction of Amsterdam, The Hague and Leiden, be it due to the use of the Dutch language, the importance of Dutch publishers, readers, media and research centers, the memory of Dutch heritage in libraries and archives or the large number of Dutch citizens with roots in the former colonial world. Other points of the compass, however, indicate different directions. They highlight the importance of pluricontinental contacts within the Dutch global colonial network and pay specific attention to groups in the Dutch colonial and postcolonial context that have operated through a network of contacts in the diaspora such as the Afro-Caribbean, the Sephardic Jewish and the Indo-European communities.

Jeroen Dewulf is Queen Beatrix Professor in Dutch Studies at the University of California, Berkeley. In his research, he focuses primarily on Dutch Studies, German Studies and Postcolonial Studies. He publishes in five different languages (English, Dutch, German, Portuguese and French). His most recent book is Spirit of Resistance: Dutch Clandestine Literature during the Nazi Occupation (2010). He was distinguished, in 2010, by the Hellman Family Faculty Fund as one of the “Best of Berkeley Researchers” and in 2012, he won the Robert O. Collins Award in African Studies and the American Cultures Innovation in Teaching Award.

Olf Praamstra is Associate Professor by Special Appointment in Dutch Literature in Contact with Other Cultures, and Head of the Department of Dutch Studies at Leiden University. His research focuses on the reception and development of Dutch literature in contact with other cultures. His publications include Een feministe in de tropen, de Indische jaren van Mina Kruseman (2003), Busken Huet, een biografie (2007), Heerengracht, Zuid-Afrika (with Eep Francken, 2008), Omstreden paradijs, ooggetuigen van Nederlands-Indië (with Peter van Zonneveld, 2010).

“[Shifting the Compass] offers interesting readings and ideas. The most promising contributions are those presenting new writers and themes. And certainly, the complex experiences of Adriaan van Dis make the reader enthusiastic to learn more about his work.”
—Ineke Phaf-Rheinberger, Humboldt University; New West Indian Guide 88 ¾ 2014