Home / Buy A Book / Social Sciences / Literature, Rhetoric and Values: Selected Proceedings of a Conference held at the University of Waterloo, 3-5 June 2011

Literature, Rhetoric and Values: Selected Proceedings of a Conference held at the University of Waterloo, 3-5 June 2011 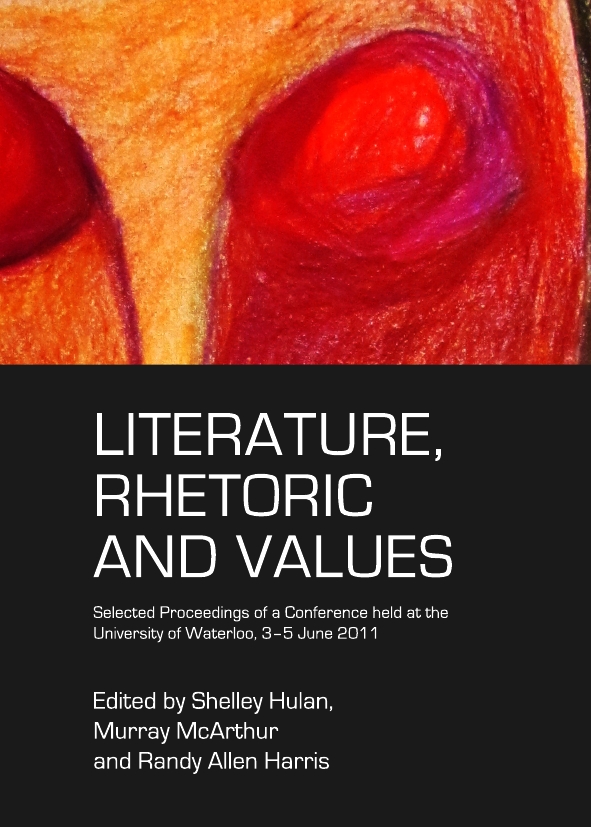 The essays in this collection combine cutting-edge literary and rhetorical scholarship to investigate the evolving values of the modern world, confronting such issues as torture, genocide, environmental apocalypse, and post-traumatic stress syndrome. First delivered as part of the vibrant ideas exchange of an international conference, they are the product of rigorous selection and review undertaken with an emphasis on their complementarity.

The authors include established scholars such as groundbreaking genre-theorist Carolyn R. Miller, phenomenological rhetorician and cultural critic Michael MacDonald, and eco-critic Andrew McMurry, alongside an exciting company of emerging voices. Together, they essay the ethical and cultural dimensions of ‘works’ ranging from whisky bottles and microblogs to graphic novels and classified government documents, as well as more established forms of poetry and fiction. An introduction by the editors frames the rhetorical and literary critical backdrop to these studies, summarizes their individual contributions, and sets them in relation to each other and the guiding themes of the conference.

Shelley Hulan specializes in early Canadian literature, with a particular interest in the nineteenth-century interactions of First Nations and Euro-settler rhetorics. Her work has appeared in essay collections and journals including The Canadian Modernists Meet, National Plots: Historical Fiction and Changing Ideas of Canada, Essays on Canadian Writing, Journal of Canadian Studies, and Mosaic.

Murray McArthur specializes in Modernist Studies and Literary Theory. He is the author of Stolen Writings: Blake’s Milton, Joyce’s Ulysses, and the Nature of Influence, and his essays have appeared in such venues as ELH, James Joyce Quarterly, American Literature, Twentieth-Century Literature, and The Johns Hopkins Guide to Literary Theory.

Randy Allen Harris works variously on the rhetorics of science, literature, and popular culture, as well as linguistics, interaction design, and professional communication. His books include The Linguistics Wars, Landmark Studies in Rhetoric of Science, Voice Interaction Design, and Rhetoric and Incommensurability.

"While the essays range widely in topics and relevance, the collection offers a glimpse of the diversity of work being done in rhetorical theory and criticism today. Some of the essays show a clear interest in crossing the “divide” between literature and rhetoric. The two fields have evolved distinctly for almost a century now, however, and, as this collection attests, the process of bringing them back together—which is a valid and sensible goal—may be a longer conversation than one might expect. We might take this collection as both an indication of some of the hurdles that may lie in the path of such a reunion but also as a positive first step in what will hopefully be between the two fields a dialogue of growing complexity and sophistication."