Rediscovering the Hindu Temple: The Sacred Architecture and Urbanism of India 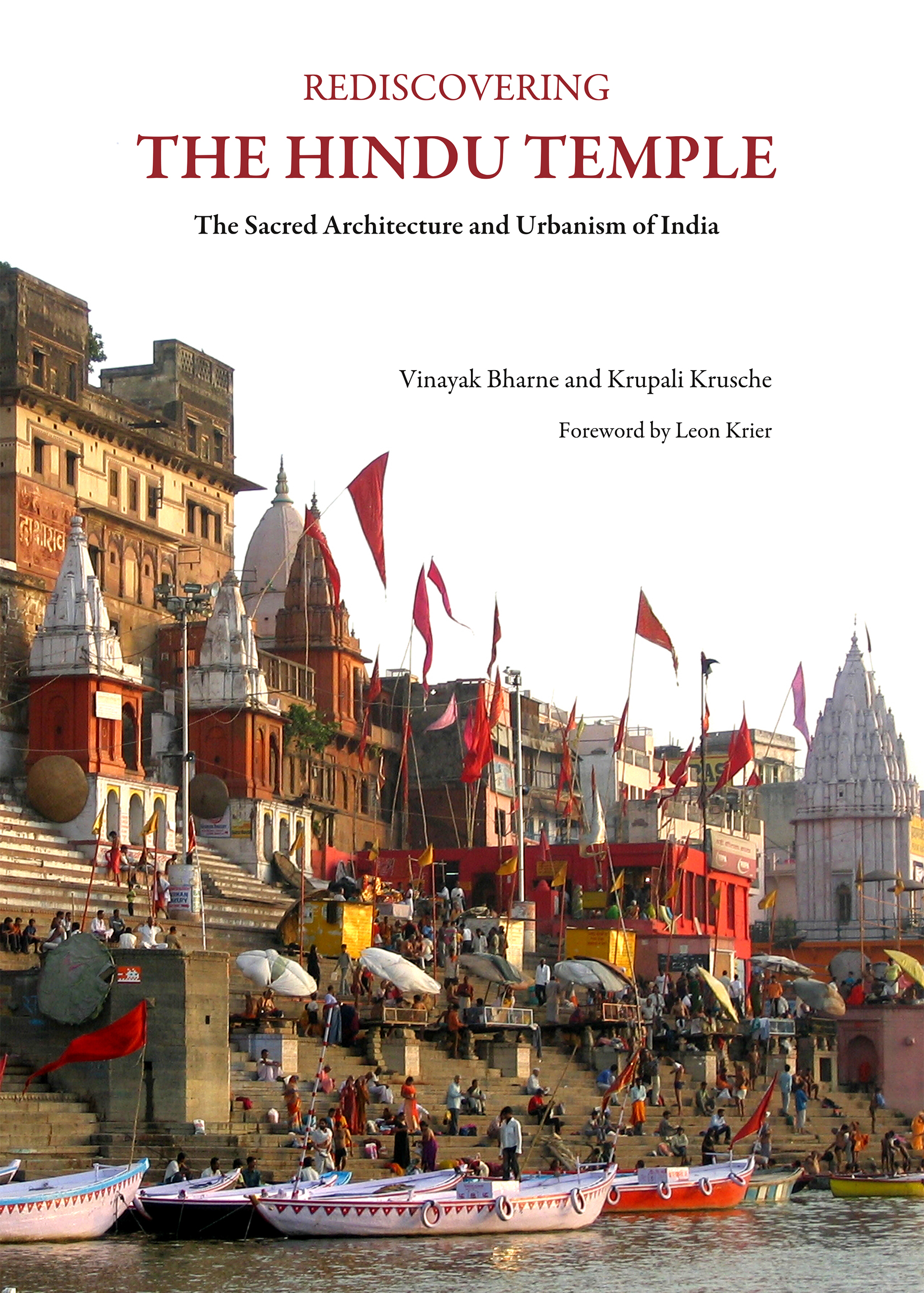 This volume examines the multifarious dimensions that constitute the workings of the Hindu temple as an architectural and urban built form. Eleven chapters reflect on Hindu temples from multiple standpoints – tracing their elusive evolution from wayside shrines as well as canonization into classical objects; questioning the role of treatises containing their building rules; analyzing their prescribed proportions and orders; examining their presence in, and as, larger sacred habitats and ritualistic settings; and affirming their influential role in the contemporary Indian metropolis.

Going beyond stereotypical presentations of Hindu temples dominated by chronological and stylistic themes, this study, addressed to architects, urbanists, and builders, combines historic scholarship, documentation, personal observations and fieldwork to expand the idea of the Hindu temple as a complex and contradictory cultural entity, that is both formal and informal, monumental and modest, historic and modern, and deserving of a far broader and deeper understanding.

Vinayak Bharne is an urbanism and planning joint adjunct faculty member at the Sol Price School of Public Policy and the School of Architecture at the University of Southern California (USC) in Los Angeles; and the director of design at Moule and Polyzoides Architects and Urbanists. He is the editor of The Emerging Asian City – Concomitant Urbanities and Urbanisms (2012), and the contributing author of several books including Planning Los Angeles (2012) and Aesthetics of Sustainable Architecture (2011).

Krupali Krusche is a preservation and architecture faculty member at the University of Notre Dame. As the head of the DHARMA (Digital Historic Architectural Research and Material Analysis) research team, specializing in 3D documentation of World Heritage Sites, she has studied and documented key monuments including the tombs and gardens along the Yamuna River in India, and the Roman Forum in Italy.

"[T]he book is a valuable resource for students and scholars of Indian art history, architecture and urban development. Interestingly, the tensions inherent in these two authors' different approaches actually reinforce the fact that we cannot understand the intricacies of the Hindu temple through a single lens. Moreover, this book highlights the human agencies involved in creating, shaping, and interpreting these sacred places - a dimension that is comonly overlooked in traditional architectural studies."

"What this extraordinary book reveals is the power of a new attitude. Instead of looking at the Hindu temple with the eyes of historians or anthropologists, it espouses the mindset of the technician laying bare the workings of a well functioning machine. Bharne and Krusche do not use or teach traditional techniques of planning and building for restoration and conservation purposes but more importantly as disciplines to design modern buildings and cities. This study is not only relevant for the sub-continent but contributes importantly to the general re-evaluation of traditional values globally."

"This book is a masterful study on the evolution, existence, continuity, transformation, and contemporary networking systems of Hindu temples. By examining their associated nature symbols, re-interpreting texts and mythologies, de-codifying their art and architecture from horizontality to verticality, examining their evolving sacred-scapes, and finally projecting their contemporary identities and functioning, it instigates fresh perspectives and deeper understandings of the inherent messages behind the complex cultural wholes of Hindu India."