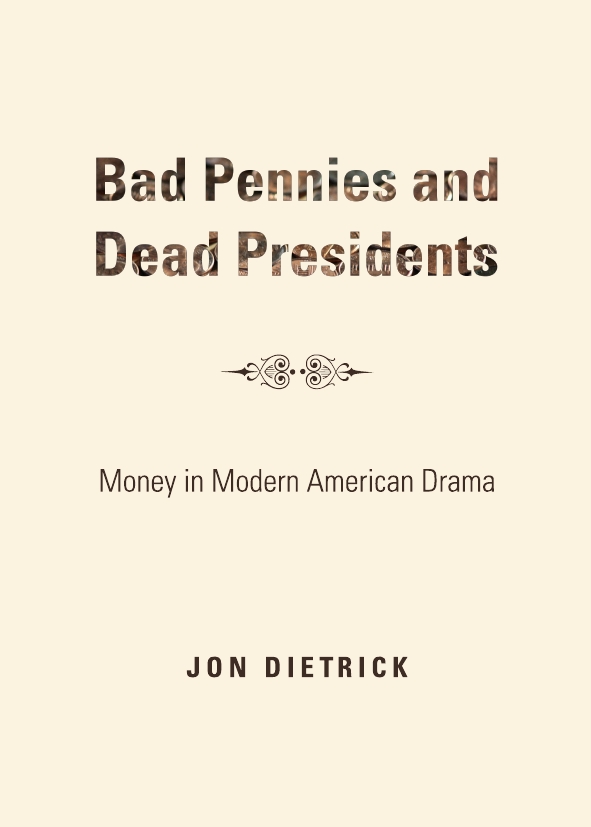 This study closely analyzes key works by five pivotal playwrights: Sidney Kingsley, Arthur Miller, David Mamet, August Wilson, and Suzan-Lori Parks, in a comparison of the treatment of money in a range of American plays from the Great Depression to the early twenty-first century.

Money emerges as a site of anxieties regarding the relation of signs to the real: a “monstrous” substance that seems to breed itself from itself; a dangerous abstraction that claims for itself a “hard” reality, transforming lived reality into an abstraction. At the same time, money’s self-generating properties have made it a serviceable metaphor for the American ideal of “self-making”; money’s ability to exchange means for ends, abstract for concrete, representation for real, has made it an emblem of our postmodern condition. Money has been conceived as a malevolent force robbing us of our natural relation to the world and to ourselves, and as an empowering one with which we may remake this relation. This ambivalence about money constitutes an important animating tension of American drama. Furthermore, anxieties surrounding money resemble in important ways anxieties surrounding theatre, and the plays’ treatment of money reveals interesting tensions between a persistent American dramatic realism and naturalism, and a philosophical and aesthetic postmodernism.

Jon Dietrick is Assistant Professor of English at Babson College in Wellesley, Massachusetts. Jon’s research interests include American Drama, Realism and Naturalism, and money and economic thinking in American literature. His work has appeared in journals such as American Drama, Twentieth-Century Literature, and the Journal of International Women’s Studies.