Protection of Minorities: Regimes, Norms and Issues in South Asia 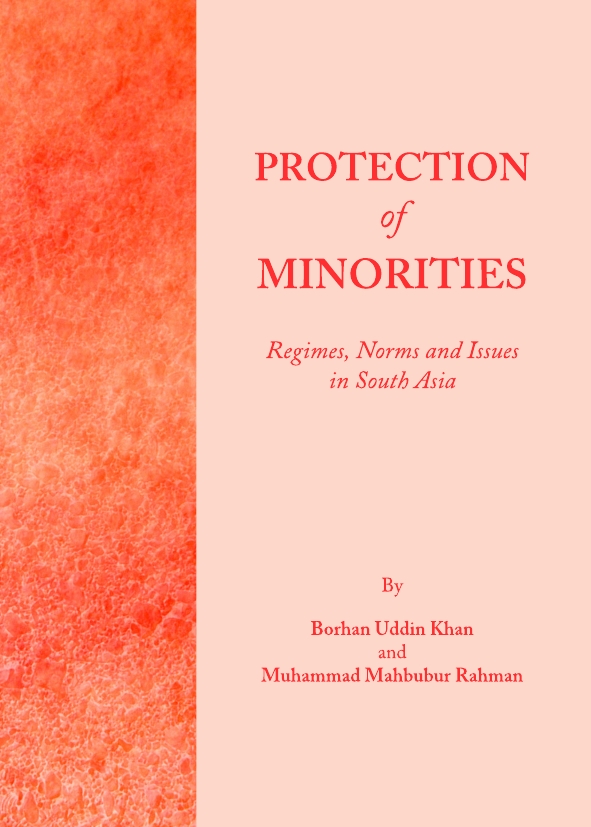 The second major focus of this book is to relate international standards on minority protection to South Asian regimes. Concentrating on India, Pakistan, Bangladesh, Nepal, Sri Lanka, Bhutan, the Maldives, and Afghanistan, an endeavor is made to examine the state of minorities and their protection under the domestic regimes. It emerges that the normative commitments of these states are more or less compatible with international standards. Nevertheless, majority-minority syndrome persistently remains as one of the causes behind multidimensional deprivation and victimization of South Asian minorities. The present book also assesses the extent to which regional cooperation in South Asia has so far contributed to extending protection to minorities. This ends with an argument that SAARC (South Asian Association for Regional Cooperation) has the potential to play a far greater role in this regard.

Borhan Uddin Khan is currently a Professor in the Department of Law at the University of Dhaka, and a former Dean of the Faculty of Law at the University of Dhaka, Bangladesh. After obtaining his LLB (Hons) and LLM from the same university, Prof. Khan received an LLM in Public International Law from the London School of Economics and Political Science (LSE) in 1990, and a PhD from the School of Oriental and African Studies (SOAS), University of London in 1995. His areas of expertise include international human rights law, international humanitarian law, and the laws of armed conflict and use of force. He has several books and research papers published in reputed journals to his credit.

Muhammad Mahbubur Rahman is an Assistant Professor in the Department of Law at the University of Dhaka, Bangladesh. He is currently enrolled, under the British Commonwealth Scholarship and Fellowship Plan, as a post-graduate research student in the School of Oriental and African Studies (SOAS), University of London, United Kingdom. He has several books and research papers published in reputed journals to his credit.