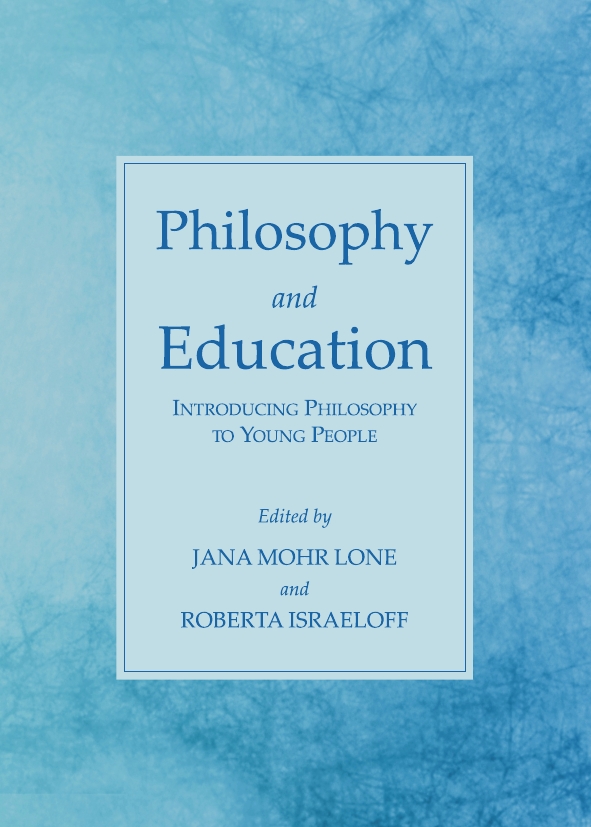 Are children natural philosophers? They are curious about questions such as the meaning and purpose of being alive and whether we can know anything at all. Pre-college philosophy takes as a starting point young people’s inherent interest in large questions about the human condition. Philosophy and Education: Introducing Philosophy to Young People seeks to illuminate the ways in which philosophy can strengthen and deepen pre-college education.

The book examines various issues involved in teaching philosophy to young people at different grade levels, including assessing what teachers need in order to teach philosophy and describing several models for introducing philosophy into schools. Ways to explore specific branches of philosophy – ethics, epistemology, metaphysics, aesthetics, and logic – through literature, thought experiments, and games and activities, as well as traditional philosophy texts, are described. The book’s final section considers student assessment and program evaluation, and analyzes the contributions pre-college philosophy can make to education in general.

Teachers and educators – and parents – all want young people to grow up with the skills they need to pursue their own goals and become productive and successful adults. Thinking independently and reasoning clearly are central to these objectives. Philosophy helps students develop some of the analytic skills they need to engage in thoughtful decision-making throughout their lives, and the richness of the questions involved can help young people maintain their awareness of the world as marvelous and mysterious.

Jana Mohr Lone is Director of the Northwest Center for Philosophy for Children at the University of Washington’s Department of Philosophy. She is the author of The Philosophical Child, a book about ways parents and others can inspire philosophical conversations with children, and the blog “Wondering Aloud: Philosophy With Young People.” Affiliate faculty at the University of Washington, she also teaches philosophy to K-12 students in Seattle and since 1995 has been running programs around the country to introduce college and graduate students, teachers, parents and others to methods for bringing philosophy into young people’s lives.

Roberta Israeloff has directed the Squire Family Foundation, which advocates for more philosophy education at the pre-college level, since its inception in 2007. She is also a writer, author and co-author of a dozen books and hundreds of articles, essays, short stories and reviews in many national publications, including The New York Times, Parents Magazine and a variety of literary journals.