Disease, Class and Social Change: Tuberculosis in Folkestone and Sandgate, 1880-1930 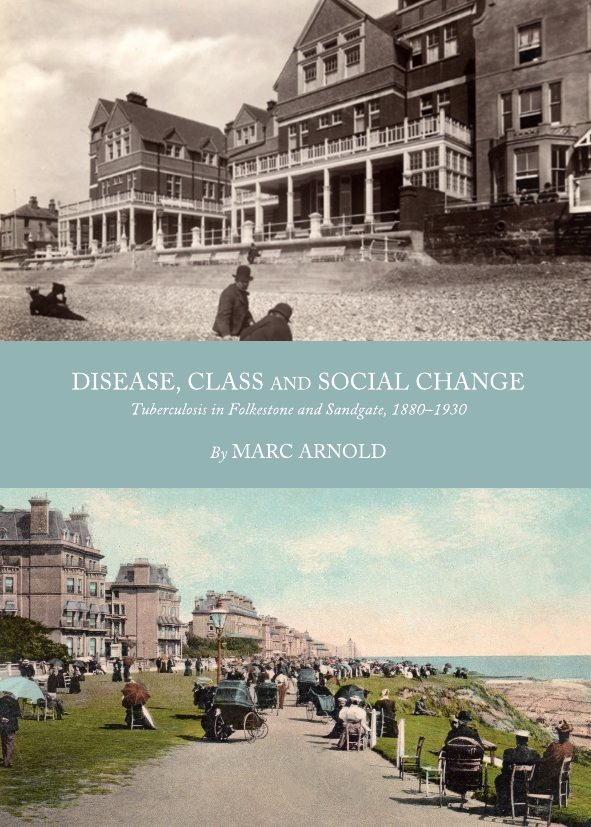 This previously unexamined history of open-air treatment in English coastal resorts demonstrates how contrasting meanings were assigned to tuberculosis along lines of class. It assesses the shifting inter-relation of medical, political and social forces in determining responses to this devastating disease, and analyses the relationship between scientific ideas, in particular social evolution and germ theory, and attitudes to poverty and chronic disease.

In Folkestone and Sandgate these conflicting perceptions of the disease were highlighted in a clash of interests between reformist public health officials in overcrowded London Boroughs and a provincial plutocracy with a vested interest in maintaining the status quo in an elite health resort. This local controversy precipitated calls for state treatment of the disease and throws light on the ways in which doctors, politicians and academics have tended to frame the issue of tuberculosis according to their own political perspectives and values. Medical approaches to tuberculosis varied between viewing it as a disease of poverty that could most efficiently be eradicated through addressing problems of poor housing and overcrowding to a focus on the isolation and sterilisation of those deemed to possess an hereditary taint. Conflicts between an infection model of the disease and a focus on social reform still characterise approaches to tuberculosis treatment today.

Marc Arnold recently obtained a doctorate from Canterbury Christ Church University. His interests include the impact of scientific thought on contemporary culture, the medicalisation of aberrant behaviour and the relationship between diet and health.

“This study forms a valuable and unique contribution to the history of tuberculosis. The focus on the experience of English coastal towns adds a new dimension to the existing historical literature. But more than that, Marc Arnold locates his study firmly in the new genre of cultural history, and hence contributes new understanding to the relationship between disease and society.”
– Professor Linda Bryder, Department of History, University of Auckland; Author of Below the Magic Mountain: A Social History of Tuberculosis in the Twentieth Century

“Marc Arnold’s insightful and engaging study of tuberculosis in the English coastal resorts of Folkestone and Sandgate analyses the responses of different social classes and professional groups in their attempts to control the great killer disease of the age. He expertly charts the crucial struggles to balance policy between a focus on the disease germ and its transmission, and trying to strengthen peoples’ resistance to infection through socio-economic reforms. This monograph is path breaking in mapping the complexity of the issues involved and in showing how they touched upon all aspects of contemporary social and personal life. Arnold’s book demonstrates that local history need not be parochial, as the story of tuberculosis control in the coastal towns of east Kent exemplifies [other political contests] taking place across the country; hence, this is a book that will be read with great profit by all medical and social historians.”
– Professor Michael Worboys, Director, Centre for the History of Science, Technology and Medicine and Wellcome Unit for the History of Medicine, University of Manchester