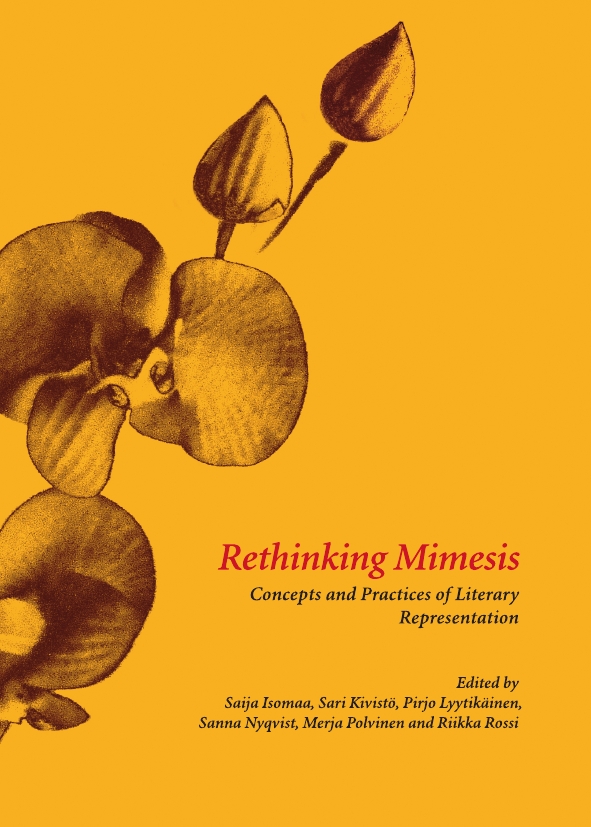 Literary mimesis is an age-old concept which has been variously interpreted and at times highly contested, and which has recently been brought back to the forefront of scholarly interest. The debate around mimesis has been reactivated by approaches that re-evaluate its meaning both in the ancient texts in which it first appeared, and in the contemporary discussions of the power of literary representation. This volume presents a selection of central contributions to both the theoretical debate on mimesis and to its up-to-date critical practice.

This volume approaches mimesis by emphasising the principles of knowledge, understanding and imagination that have been associated with mimesis since Aristotle’s Poetics. The articles consider the various aspects of the concept throughout history, and explore the ways in which literature produces its peculiar reality effects and negotiates its relationship to value systems connecting it to the world of everyday experience and ethics, as well as to different ideologies, emotions, world views and fields of knowledge. Building on this rich theoretical background, the articles examine the limits and possibilities of mimesis through detailed textual analyses that present acute challenges to our current understanding of literary representation.

Dr Saija Isomaa is a Post-Doctoral Researcher of Finnish Literature at the University of Helsinki. Her research interests include genre theory, literary pragmatism, ideology in literature and the migration of genres across cultural boundaries.

Dr Sari Kivistö, Docent of Comparative Literature, works as an Academy of Finland Research Fellow and Deputy Director at the Helsinki Collegium for Advanced Studies, University of Helsinki. Her current research project focuses on scholarly vices and conflicting disciplines in the early modern

Pirjo Lyytikäinen is Professor of Finnish Literature at University of Helsinki and director of The Finnish Doctoral Programme for Literary Studies. Her fields of interest include mimesis and literary worldmaking, genre studies and theory of allegory.

Dr Sanna Nyqvist is a Post-Doctoral Researcher of Comparative Literature at the University of Helsinki. Her research centres on the concepts of pastiche, burlesque and parody, and on the questions of style and imitation.

Dr Merja Polvinen is a Post-Doctoral Researcher at the Department of Modern Languages, University of Helsinki. She has published on interdisciplinary issues in literature and the natural sciences, and her current research focuses on questions of metafiction and cognitive narratology.

Dr Riikka Rossi is Docent of Finnish Literature at the University of Helsinki. Her fields of interest include history and theory of realism and naturalism in Nordic and French literature, genre studies and comparative approaches to literature.