A World of Popular Entertainments: An Edited Volume of Critical Essays 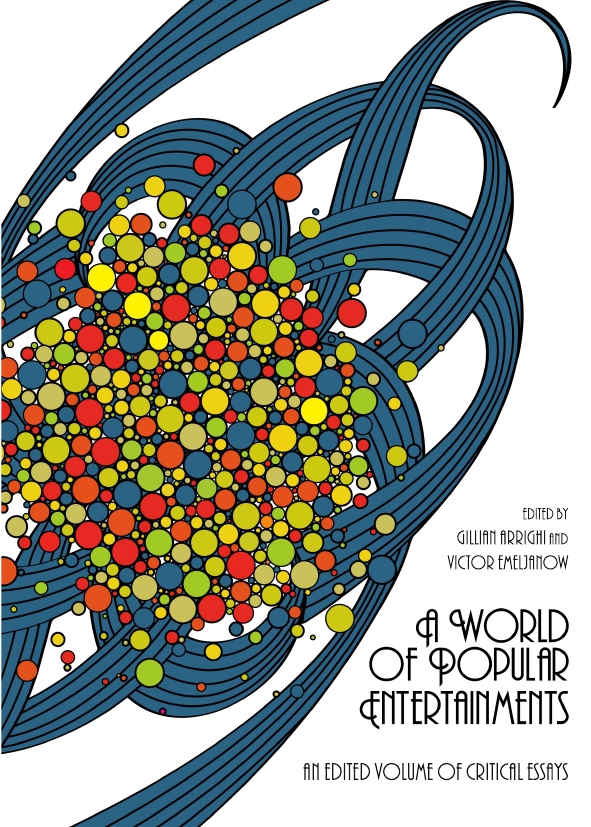 This groundbreaking volume of critical essays about popular entertainments brings together the work of eighteen established, emerging, and independent scholars with backgrounds in Archives, Theatre and Performance, Music, and Historical Studies, currently working across five continents. The first of its kind to examine popular entertainments from a global and multi-disciplinary perspective, this collection examines a broad cross-section of historical and contemporary popular entertainment forms from Australia, England, Japan, North America, and South Africa, and considers their social, cultural and political significance.

Despite the vibrant, complex, and ubiquitous nature of popular entertainments, the field has suffered from a lack of sustained academic attention. Nevertheless, popular entertainments have a global reach and a transnational significance at odds with the fact that the meaning and definition of both ‘popular’ and ‘entertainment’ remain widely contested. Since the late-nineteenth century, class-based prejudices in Western culture have championed the superiority of art and literature over the dubious and fleeting pleasures of ‘entertainment.’ Similarly, the term ‘popular’ has carried pejorative connotations, indicating something common and outside the conventional and highbrow productions of the purpose-built theatre house or concert hall. Irrespective of whether ‘popular’ is code for a cultural product with a folk origin, or a term indicating the mass appeal of a cultural product, this volume’s re-assessment of popular entertainments from a global perspective is timely.

The performance research embodied in this volume was first discussed at A World of Popular Entertainments International Conference (University of Newcastle, Australia, 2009) in response to a multi-disciplinary call for scholars to explore a variety of topics relevant to the study of popular entertainments.

Gillian Arrighi is Lecturer in Drama in the School of Drama, Fine Art and Music at the University of Newcastle, Australia. Her academic interests focus on circus and popular entertainments of the late-nineteenth and early twentieth centuries and on the contribution of children to the entertainment industry. She is Associate Editor of the scholarly e-journal, Popular Entertainment Studies.

Victor Emeljanow is Emeritus Professor of Drama at the University of Newcastle, Australia. He has published widely in journals like Theatre Notebook, Theatre Survey and New Theatre Quarterly on such subjects as the reception of Chekhov in Britain, the career of Theodore Kommisarjevsky, the engagement of Beerbohm Tree with Ibsen on the West End and Victorian popular dramatists.

“This fine collection of essays demonstrates the unconventional, enduring and changing nature of popular entertainments over a two hundred year period. In tracing these entertainments as international rather than national institutions these essays also question the orthodox notion of cultural transnationalism as a recent development. This is an important and pathbreaking book, which challenges present understandings of popular culture and its history.”
– Richard Waterhouse, Emeritus Professor, School of Philosophical and Historical Inquiry, University of Sydney

“Since the 1960s a plethora of studies on popular entertainment have appeared, yet few approach the subject from a global or a multi-disciplinary perspective. This excellent collection will serve as a corrective to this narrow and limited scope and may well be a catalyst for broad-based examinations in the future.”
– Don B. Wilmeth, Asa Messer Emeritus Professor of Theatre and English, Brown University

“Spanning two centuries and more continents, this volume demonstrates quite literally in spectacular fashion both the astonishing range of popular entertainment and its global reach. The contributions bridge the gulf between ‘high’ and ‘low’ and indeed interrogate the very distinctions. This collection moves popular entertainment research forward in significant new directions.”
– Christopher Balme, President, International Federation for Theatre Research (IFT/FIRT); Professor and Chair of Theatre Studies, University of Munich