Home / Buy A Book / Life Sciences / The Future of Post-Human Semantics: A Preface to a New Theory of Internality and Externality

The Future of Post-Human Semantics: A Preface to a New Theory of Internality and Externality 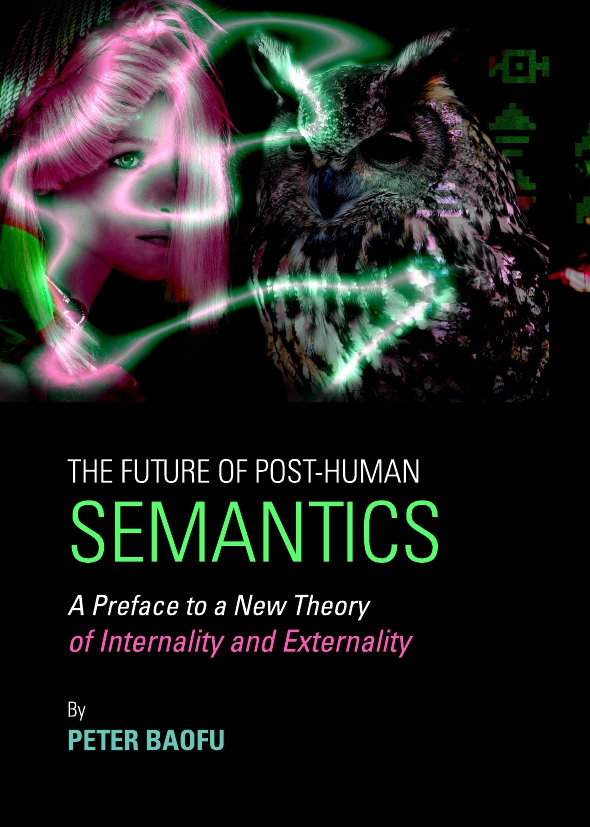 Is semantics really so indeterminate that, as W. V. Quine (1960) once argued in Word and Object, in the example about a previously undocumented, primitive tribe, “it is impossible in principle to be absolutely certain of the meaning or reference that a speaker of the primitive tribe’s language attaches to an utterance”? (WK 2011)

This thought-provoking stand in semantics can be contrasted with an opposing view like “literal translation” (or “metaphrase,” in contrast with “paraphrase”), in that, as John Dryden put it, “when [words] appear . . . literally graceful, it were an injury to the author that they should be changed.” (WK 2011a; C. Kasparek 1983)

Contrary to these opposing ideas (and other views as will be discussed in the book), semantics, in relation to internality and externality, is neither possible or impossible, nor desirable or undesirable to the extent that the respective ideologues on different sides would like us to believe.

Surely, the challenge to these opposing ideas in semantics does not mean that semantics is useless, or that those fields of study related to semantics like philosophy of language, linguistics, psychology, communication studies, hermeneutics, logic, computer science, semiotics, pragmaticism, and so on should be rejected too. Of course, neither of these extreme views is reasonable.

Instead, this book provides an alternative, better way of understanding the future of semantics, especially in the dialectic context of internality and externality—while learning from different approaches in the literature but without favoring any one of them or integrating them, since they are not necessarily compatible with each other. In other words, this book offers a new theory (that is, the interactive theory of semantics) to go beyond the existing approaches in a novel way.

If successful, this seminal project will fundamentally change the way that we think about semantics, from the combined perspectives of the mind, nature, society, and culture, with enormous implications for the human future and what the author originally called its “post-human” fate.

Dr Peter Baofu is the author of 57 new theories in 49 books (as of November 2011) providing a visionary challenge to conventional wisdom in all fields of knowledge (i.e., the social sciences, the formal sciences, the natural sciences, and the humanities), with the final aim for a unified theory of everything – together with numerous visions about future history.