Art in Literature, Literature in Art in 19th Century France 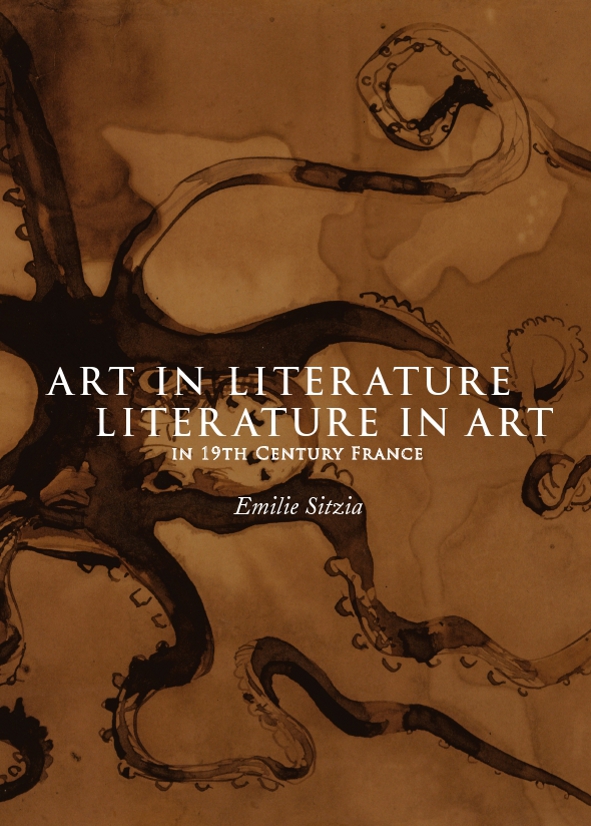 The traditional relationship between painting and literature underwent a profound change in nineteenth-century France. Painting progressively asserted its independence from literature as it liberated itself from narrative obligations whilst interrogating the concept of subject matter itself. Simultaneously the influence of art on the writing styles of authors increased and the character of the artist established itself as a recurring motif in French literature.

This book offers a panoramic review of the relationship between art and literature in nineteenth-century France. By means of a series of case studies chosen from key moments throughout the nineteenth century, the aim of this study is to provide a focused analysis of specific examples of this relationship, revealing both its multifaceted nature as well as offering a panorama of the development of this on-going and increasingly complex cultural relationship. From Jacques Louis David’s irreverence for classical texts to Victor Hugo’s graphic works, from Edouard Manet’s illustrations to Vincent Van Gogh’s paintings of books, from Honoré de Balzac’s Unknown Masterpiece to Joris-Karl Huysmans’s A Rebours, this interdisciplinary investigation of the links between literature and art in France throws new light on both fields of creative endeavour during a critical phase of France’s cultural history.

Dr Emilie Sitzia is an Associate Professor in the Literature and Art department at Maastricht University in the Netherlands. Her research interests are French art literature and literary art.

"Sitzia brings together rich material through case studies, through which the relationship between art and literature in 19th century France is seen in multifaceted ways. The wealth of detailed observations deserves special emphasis."

"This book offers a thorough and precise study of the links between literature and art. In this very rich and stimulating period in terms of creation and of rethinking the mores of literature, painting offered a mirror in which literature could gaze at itself and vice-versa. Such masters as Manet, for instance, a forefather of modernity, triggered literary creation but was also inspired by it (Baudelaire, Mallarmé). Emilie Sitzia follows the complex relationships between milieux, individual choices and private quest, through the prism of intermedial relationships: illustration, the integration of text within image and the workings of image-in-text. Doing so she hits on one of the main subjects of nineteenth century literature. Not only does E. Sitiza scrupulously examine the different workings and interactions between art and literature but she also renders unto theory what theory gave her. Thus she adds one more stone to the building of intermedial criticism."

"This genuinely interdisciplinary book provides a clearly organized introduction to the visual arts and literature of the French nineteenth century for humanities students and, for specialists, a stimulating critical engagement with the rich dialogue between image and text. The author combines methodological breadth with detailed case studies so as to map the development of ut poesis pictura."