Home / Buy A Book / Life Sciences / Hyaenids: Taphonomy and Implications for the Palaeoenvironment

Hyaenids: Taphonomy and Implications for the Palaeoenvironment 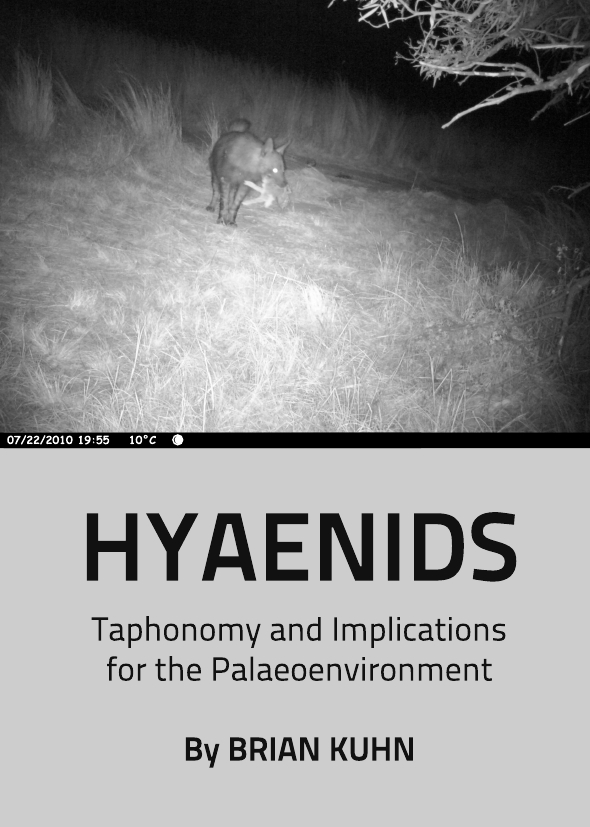 It has been shown through a variety of independent studies that members of the family Hyaenidae are consummate collectors of bones at their respective dens. This in turn has been inferred upon the fossil record suggesting hyaenids as the source for a number of fossil bearing cave deposits, especially in southern Africa. The question of how to differentiate between collections made by hyaenids, hominids and other bone collecting species has also been a highly published field of study. Here we take an in depth look at the bone collecting behaviours of the three extant bone collecting members of the family Hyaenidae, Crocuta crocuta, Parahyaena brunnea and Hyaena hyaena.

Paying particular attention to distinctive carnivore gnawing and fragmentation patterns left upon the bones collected, we find that not only are there differences between the species of hyaenids but also within the species. It would appear that the environmental conditions at the time of collection have a greater than anticipated impact upon the taphonomic signatures left behind by the various hyaenid species. We conclude that for any study of fossil assemblages, one must take a multi-disciplined approach and examine not only the carnivore damage, but also palaeoenvironmental factors in determining the probable collector.

Dr Brian Kuhn is a Researcher in Palaeozoology at the Institute for Human Evolution, University of the Witwatersrand, Johannesburg, South Africa. Having earned bachelor degrees in both Zoology and Anthropology from Washington State University in the United States, Dr Kuhn went on and served two stints in the United States Peace Corps (first in Morocco, followed by Jordan). He returned to academics and earned a MSc in Zooarchaeology from the Institute of Archaeology, University College London in the United Kingdom, where he began his initial investigation of striped hyaena bone accumulations. This in turn led to doctoral studies on spotted hyaenas and brown hyaenas based at the University of Pretoria, South Africa.