Productivity, Investment in Human Capital and the Challenge of Youth Employment 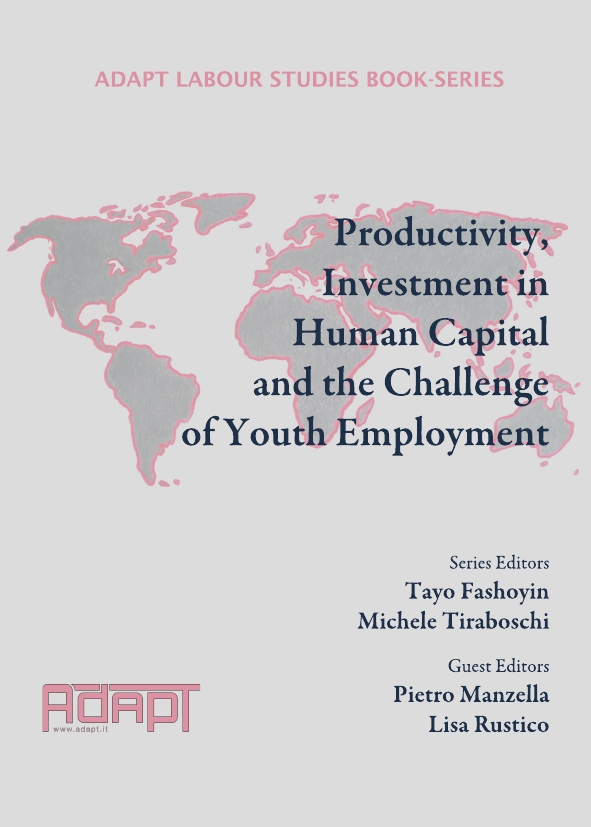 From an international and comparative perspective, young people’s access to the labour market is a complex issue with certain contradictory aspects reflecting the level of development of labour law and industrial relations in their respective countries. In the most advanced economies, there has been a steady increase in the age at which young people exit the educational system and enter the labour market, giving rise to significant economic and social problems. The increase in levels of educational attainment is associated in some cases with an alarming rate of unemployment among those with academic qualifications, while employers encounter considerable difficulty in recruiting workers for unskilled and semi-skilled positions. The economies of developing countries, on the other hand, are characterized by different trends, reminiscent of the early stages of modern labour law, with the large-scale exploitation of young workers and children, many of whom join the flow of migrants towards the more highly developed regions of the world, with the consequent risk of impoverishing human capital in the country of origin. The ADAPT Labour Studies Book-Series has in connection been set up with a view to achieving a better understanding of these and other issues in the field of Labour and Employment relations in a global dimension, through an interdisciplinary and comparative approach.

ADAPT (www.adapt.it) is a non-profit organisation founded in 2000 by Professor Marco Biagi with the aim of promoting studies and research in the field of labour law and industrial relations from an international and comparative perspective. The organisation’s purpose is to encourage and implement a new approach to academic research, by establishing ongoing relationships with universities and advanced studies institutes, and promoting academic and scientific exchange programmes with enterprises, institutions, foundations and associations. In collaboration with the Marco Biagi Centre for International and Comparative Studies (www.csmb.unimore.it), ADAPT set up the International School of Higher Education in Labour and Industrial Relations, a centre of excellence which is accredited at an international level for research, study and the postgraduate programmes in the area of industrial and labour relations.