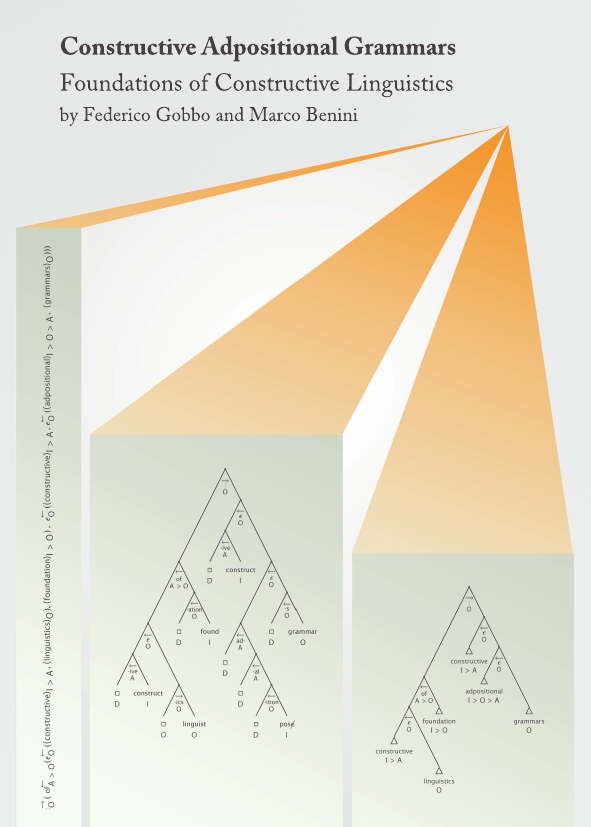 This book presents a new paradigm of natural language grammar analysis, based on adposition as the key concept, considered a general connection between two morphemes – or group of morphemes. The adpositional paradigm considers the morpheme as the basic unit to represent morphosyntax, taken as a whole, in terms of constructions, while semantics and pragmatics are treated accordingly.

All linguistic observations within the book can be described through the methods and tools of Constructive Mathematics, so that the modelling becomes formally feasible. A full description in category-theoretic terms of the formal model is provided in the Appendix. A lot of examples taken from natural languages belonging to different typological areas are offered throughout the volume, in order to explain and validate the modeling – with special attention given to ergativity. Finally, a first real-world application of the paradigm is given, i.e., conversational analysis of the transcript of therapeutic settings in terms of constructive speech acts.

The main goal of this book is to broaden the scope of Linguistics by including Constructive Mathematics in order to deal with known topics such as grammaticalization, children’s speech, language comparison, dependency and valency from a different perspective. It primarily concerns advanced students and researchers in the field of Theoretical and Mathematical Linguistics but the audience can also include scholars interested in applications of Topos Theory in Linguistics.

Federico Gobbo holds a doctorate in Computer Science (specializing in Computational Linguistics) from the University of Insubria, Varese-Como, Italy, where he is currently a member of the Research Center “Informatica Interattiva” (CRII). For three years he was awarded research grants by the Department of Computer Science and Communication Sciences and he is currently Lecturer in History and Philosophy of Computing, at the same university. He has also taught Computational Linguistics at the University of Milano-Bicocca and Interlinguistics at the University of Milan, Italy. He has been a Book Review Editor for the journal Language Problems and Language Planning since 2005.

Marco Benini holds a doctorate in Computer Science (specializing in Mathematical Logic) from the University of Milan, Italy. He is currently an Assistant Professor in the Department of Computer Science and Communication Sciences in the University of Insubria, Varese-Como, Italy. He has taught more than thirty courses in his academic career, notably a PhD course on Applications of Constructive Logics in Analysis, Verification, and Synthesis of Programs at the Mathematisches Institut, Ludwig Maximillians Universität, Muenchen, Germany. From 2011, he will work on a project titled Predicative Theories and Grothendieck Toposes in the Department of Mathematics, University of Leeds, UK, under a Marie Curie Intra-European Fellowship.