The Black Musketeer: Reevaluating Alexandre Dumas within the Francophone World 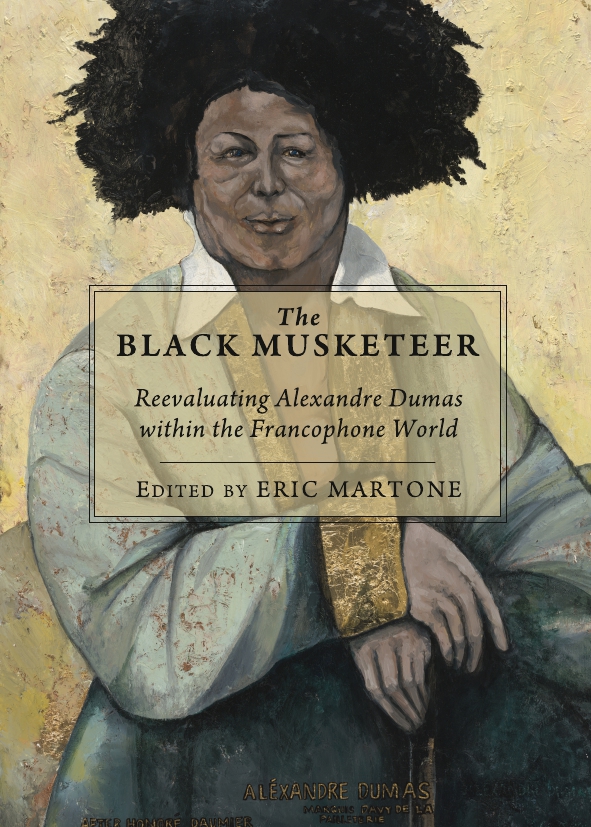 Alexandre Dumas, author of The Three Musketeers, The Count of Monte Cristo, and The Man in the Iron Mask, is the most famous French writer of the nineteenth century. In 2002, his remains were transferred to the Panthéon, a mausoleum reserved for the greatest French citizens, amidst much national hype during his bicentennial. Contemporary France, struggling with the legacies of colonialism and growing diversity, has transformed Dumas, grandson of a slave from St. Domingue (now Haiti), into a symbol of the colonies and the larger francophone world in an attempt to integrate its immigrants and migrants from its former Caribbean, African, and Asian colonies to improve race relations and to promote French globality. Such a reconception of Dumas has made him a major figure in debates on French identity and colonial history.

Ten tears after Dumas’s interment in the Panthéon, the time is ripe to re-evaluate Dumas within this context of being a representative of la Francophonie. The French re-evaluation of Dumas, therefore, invites a reassessment of his life, works, legacy, and previous scholarship. This interdisciplinary collection is the first major work to take up this task. It is unique for being the first scholarly work to bring Dumas into the center of debates about French identity and France’s relations with its former colonies.

For the purposes of this collection, to analyze Dumas in a “francophone” context means to explore Dumas as a symbol of a “French” culture shaped by, and inclusive of, its (former) colonies and current overseas departments. The seven entries in this collection, which focus on providing new ways of interpreting The Three Musketeers, The Man in the Iron Mask, The Count of Monte Cristo, and Georges, are categorized into two broad groups. The first group focuses on Dumas’s relationship with the francophone colonial world during his lifetime, which was characterized by the slave trade, and provides a postcolonial re-examination of his work, which was impacted profoundly by his status as an individual of black colonial descent in metropolitan France. The second part of this collection, which is centered broadly around Dumas’s francophone legacy, examines the way he has been remembered in the larger French-speaking (postcolonial) world, which includes metropolitan France, in the past century to explore questions about French identity in an emerging global age.

Eric Martone is Assistant Professor of History and Social Studies Education at Mercy College in New York, USA. His publications include the Encyclopedia of Blacks in European History and Culture (Greenwood Press, 2009); several peer-reviewed journal articles on nineteenth- and twentieth-century European, Atlantic, and global history; and articles on teaching methods.

“Although Alexandre Dumas remains one of the most popular nineteenth-century authors in the world, surprisingly little serious attention has been given to his works. This collection of essays, the first of its kind in English, offers new critical perspectives on Dumas as a ‘man of color’ and the relevance of his work to an increasingly multicultural society. These essays also focus deserved attention on his lesser-known novel Georges, whose biracial hero combated prejudices still with us today.”
– Mary Anne Garnett, Professor of French, University of Arkansas at Little Rock

“It is about time that academic scholarship has begun to catch up with Dumas. When one considers the impact of his plays on his contemporaries and the numerous adaptations of his novels to stage and screen over the last century – not only in France but in several other cultures – and the fecundity and range of his imagination, the silence that has greeted his work is both shameful and astounding. At a time when writing about popular culture is in vogue, to omit one of its greatest forces is very puzzling. A hundred and fifty years after Dumas’s death, d’Artagnan and Monte Cristo are still very much alive, but receive less critical attention than Superman and Sherlock Holmes.”
– Frank J. Morlock, accomplished translator and 2006 North American Jules Verne Society award recipient