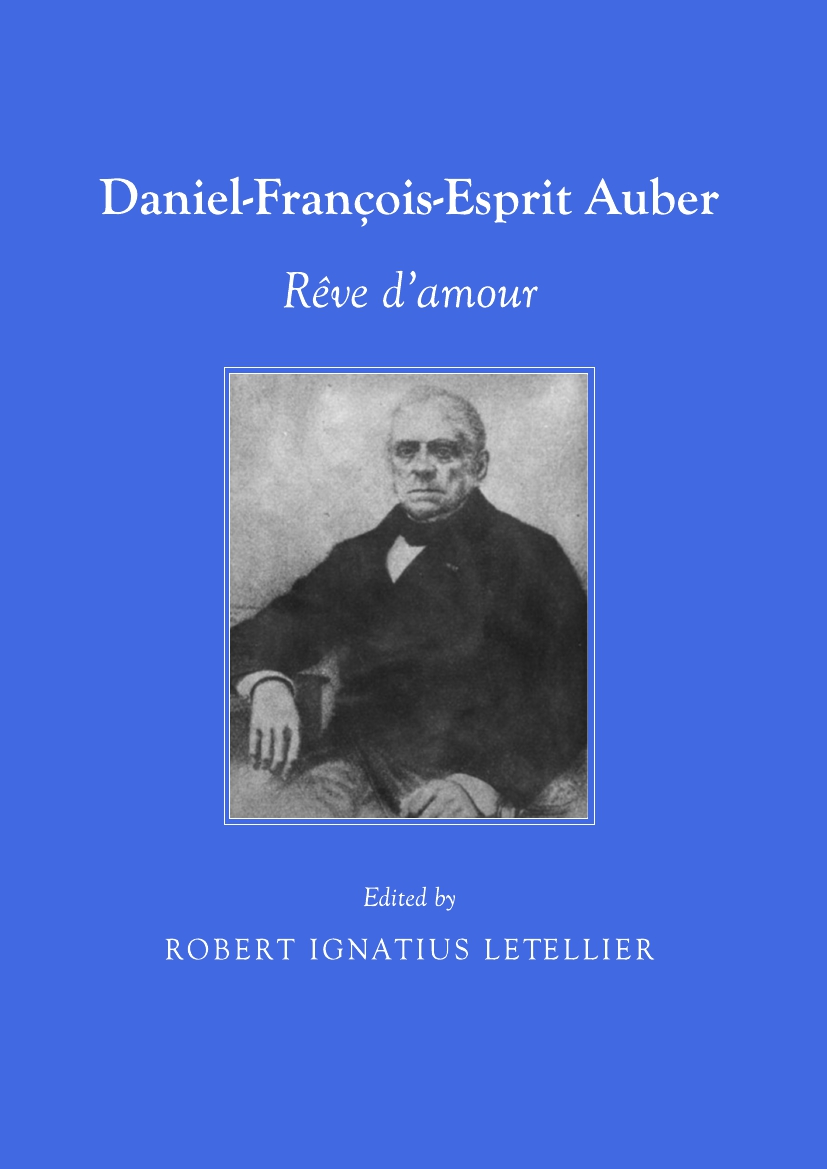 Daniel-François-Esprit Auber (1782–1871), the most amiable French composer of the 19th century, came to his abilities late in life. After a stalled commercial career, he studied with Cherubini. His first works were not a success, but La Bergère Châteleine (1820), written at the age of 38, established him as an operatic composer. He then met the librettist Eugène Scribe (1791–1861), with whom he developed a working partnership, one of the most successful in musical history, that lasted until Scribe’s death. After Le Maçon (1825) and La Muette de Portici (1828), Auber’s life was filled with success. In 1829 he was appointed a member of the Institut, in 1839 Director of Concerts at Court, in 1842 Director of the Conservatoire, in 1852 Musical Director of the Imperial Chapel, and in 1861 Grand Officer of the Légion d’Honneur.

Auber’s famous historical grand opera La Muette de Portici (also known by its hero’s name as Masaniello) is a key work in operatic history, and helped to inspire the 1830 revolution in Brussels that led to the separation of Belgium from Holland. Auber himself experienced four French Revolutions (1789, 1830, 1848, 1870). The latter (the Commune) hastened the end of his life. He died on 12 May 1871, at the advanced old age of 89, and in the pitiful conditions of civil strife, after a long and painful illness which worsened during the Siege of Paris. He had refused to leave the city he had always loved despite the dangers and privation, even after his house had been set on fire by the petroleurs et petroleuses. By some irony a mark had been placed against the house of the composer of Masaniello, the very voice of Romantic liberty!

Auber’s overtures were once known everywhere, a staple of the light Classical repertoire. The influence of his gracious melodies and dance rhythms on piano and instrumental music, and on the genre of Romantic comic opera, especially in Germany, was overwhelming. The operas themselves, apart from Fra Diavolo (1830), have virtually passed out of the repertoire, since Auber’s elegant and restrained art now has little appeal for the world of music, attuned as it is to the meatier substance of verismo, high Wagnerian ideology, and twentieth-century experimentalism.

Rêve d’amour, an opéra-comique in three acts, with libretto by Adolphe-Philippe Dennery (Adolphe Philippe) and Eugène Cormon (Pierre-Etienne Piestre), was first performed at the Opéra-Comique (Deuxième Salle Favart) on 20 December 1869. It was Auber’s last work.

The story is set in the French countryside, in the 18th century. It concerns the peasant farmer Marcel and the vicissitudes of his love for both his cousin Denise and the wealthy heiress Henriette. The latter is in turn, however, loved by the gallant Chevalier. To prove himself, Marcel leaves and becomes a successful soldier. He is eventually united with Denise, while Henriette marries the Chevalier.

The scenario is without great interest, but the score is of musical worth. The short binary overture is charming and full of fresh ideas. It neatly juxtaposes the two male protagonists, and the overall thematic pull between the dream of love and the glory of soldierly prowess. It is a lovely pastorale that reaches its climax in a mood of great playfulness.

Act 2 takes one into the heart of the pastoral experience explored in this opera. It opens with a charming scene of Colin-Maillard (blindman’s buff) and a Villanelle, while the extended finale—a lovely waltz followed by Marcel’s embracing of the soldier’s life—counterposes the archetypal polarity of the pastoral and military traditions of the opéra-comique. The military solution to the hero’s emotional dilemma is also the determining action in Auber’s earlier works La Fiancée and Le Philtre.

For the premiere stage set one of the charming scenes of Lancret was reproduced, complemented by costumes and décor modelled on those of Watteau. The Balançoire and the Colin-Maillard were ingeniously re-created by the stage designers to sustain the illusion of this last pastoral dream of love.

Robert Ignatius Letellier has specialized in the music and literature of the Romantic Period. He has studied the work of Giacomo Meyerbeer (a four-volume English edition of his diaries, a collection of critical and biographical studies, a guide to research, two readings of the operas, as well as compiling and introducing editions of the complete libretti and non-operatic texts, and a selection of manuscripts facsimiles). He has also written on the ballets of Ludwig Minkus, compiled a series of scores on the Romantic Ballet, and produced studies of the opéra-comique and Daniel-François-Esprit Auber.