The Medical Response to the Trench Diseases in World War One 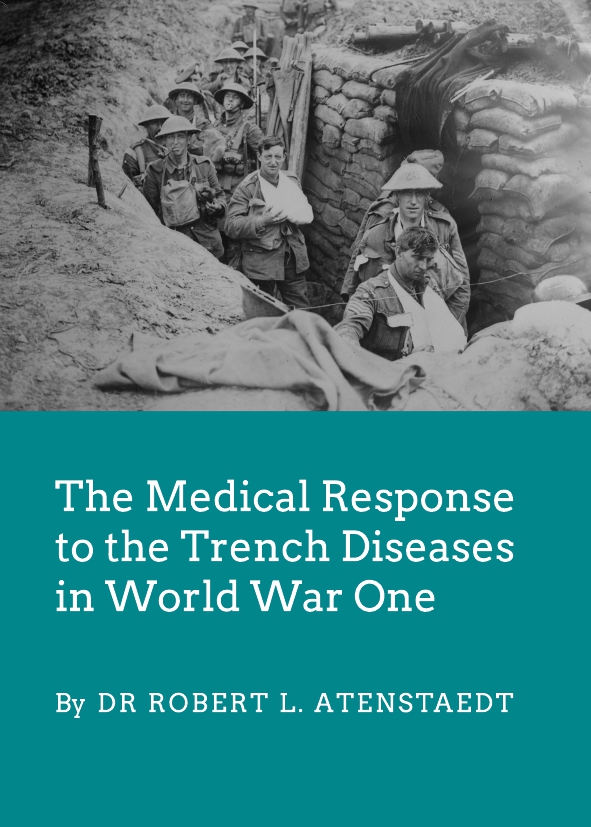 This book focuses on the trench diseases—trench fever, trench nephritis and trench foot—and examines how doctors responded to them in the context of the Great War. It details the problems that they faced in tackling these conditions, “new” to military warfare.

After an introduction to the subject, the second chapter sketches the socio-economic and scientific context within which the response was mounted. The development of bacteriology, sanitation and medical research in the British Army is examined, as is the structure and role of the wartime RAMC, the main body involved in the response to the trench diseases. Divisions between medical practitioners concerning the aetiology of epidemic disease are also described. The third and fourth chapters present a detailed inquiry into how the diseases were defined, and how these definitions were used to counteract them. The effectiveness of the medical response is evaluated in the conclusion, which also examines the impact that the response to the trench diseases had on military-medical progress and medical specialisation.

An analysis of the medical response to the trench diseases reveals a conflict between clinicians holding views on disease causation along a spectrum—contagionists, contingent-contagionists and con-figurationists. Faced with their inability to treat the trench diseases effectively, the book argues that the extremely diverse initial interpretation of the trench diseases was replaced by a majority view that all three were a product of the trenches. This enabled an effective response to be mounted, using public health methods, reinforced by discipline, close surveillance, administrative organisation, and cooperation between military and medical branches, as well as within the Army Medical Service.

Dr Robert L. Atenstaedt, MA, MPhil, MBBS, MSc, DPhil, MPH, MFPH, was born in Bangor, North Wales. After completing his secondary education at Watford Boys’ Grammar School, he studied medicine at St Catharine’s College, Cambridge University (where he was awarded the Robert Skerne 1661 Scholarship), St Bartholomew’s Medical College, and completed a DPhil in Modern History at Worcester College, Oxford University. Dr Atenstaedt trained in public health medicine in North Wales and was awarded the Young Epidemiologists Prize from the Royal Society of Medicine in 2007. He currently works as a Consultant in Public Health Medicine/Associate Director of Public Health with Public Health Wales and is also an Honorary Senior Lecturer at the School of Medical Sciences, Bangor University. His publications in the history of medicine have been included in the Journal of the Royal Army Medical Corps, 152 (2) (2006), the Journal of the Royal Society of Medicine, 99 (11) (2006), Kidney International, 70 (4) (2006), Wilderness & Environmental Medicine, 17 (4) (2006), Public Health, 121 (8) (2007), and the Journal of the Royal Army Medical Corps, 156 (3) (2010).

“This book fills a large historiographical gap. Dr Atenstaedt shows why the trench diseases were considered important at the time and provides a lively account of the work done to elucidate them . . . it will become an important source for all those interested in the war on the Western Front.”
—Mark Harrison, Professor of the History of Medicine, Director of the Wellcome Unit for the History of Medicine, University of Oxford

"Although the grim horrors of the First World War are reknowned for the discovery of shell shock, in this pioneering and highly original study Robert Atenstaedt uncovers a range of other new frontline diseases. Trench fever, trench nephritis and trench foot fought for and won medical recognition. This compelling study shows how these new conditions were recognised by military medical doctors, what they meant for the men who endured them, and how they were treated and coped with. Overall, this study makes innovative use of medical sources to give vivid new insight into the actuality of conditions endured by soldiers in the trenches"
—Professor Paul Weindling: Wellcome Trust Research Professor