Peaceful Surrender: The Depopulation of Rural Spain in the Twentieth Century 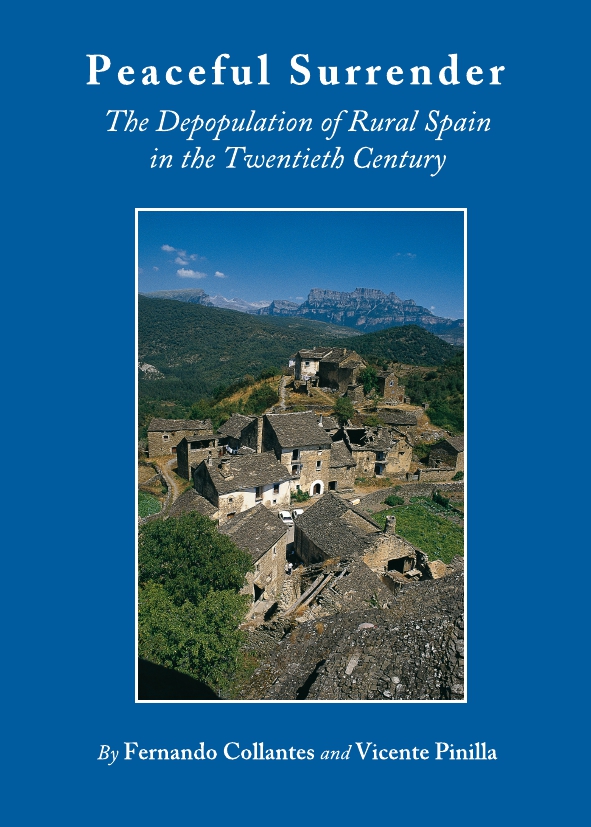 Migration to the cities had been a part of European rural life long before the start of modern industrialisation and urbanisation. In the era of modern development, however, rural-urban migration intensified in an unprecedented way and many rural communities depopulated. While during the pre-industrial period migration had contributed to the economic and social reproduction of rural communities, it now challenged the continuity of the rural lifestyle. This book analyses the topic for the case of Spain, which in the twentieth century experienced one of the most intense processes of rural depopulation in modern Europe. The interaction between Spanish industrialisation and rural migration, the demographic implications of agrarian change, the obstacles to the development of rural non-farm activities, the rural problems of access to infrastructures and services, the role of public policy, and the consequences of depopulation for the rural community are the central elements of this study, which inserts the Spanish case within its European context. Distanced from both the anti-modern stance that idealises paradise lost and the Panglossian mood that welcomes anything that came with modernisation, the book explains how the adaptive strategies put into practice by rural populations led to a “peaceful surrender” of traditional rural society.

Fernando Collantes is Associate Professor of Economic History at the University of Zaragoza, Spain. His previous monograph (in Spanish) analysed the depopulation of mountain communities in Spain 1850–2000.

Vicente Pinilla is Professor of Economic History at the University of Zaragoza, Spain. He recently edited two books on the evolution of European agriculture: Agriculture and Economic Development in Europe since 1870 and Markets and Agricultural Change in Europe from the 13th to the 20th Century.

“This is a superbly researched book on an important subject. Almost everywhere industrialization was accompanied by revolutionary demographic transformations that eventually led to a massive depopulation of the countryside. Collantes and Pinilla’s analyses of the causes and consequences of this transformation in Spain are motivated by broader questions of economic development and informed by a rich interdisciplinary literature. Their comparative perspective offers new insights into the rural-urban transitions that occurred across Europe.”
—Alan L. Olmstead, Distinguished Research Professor, University of California at Davis, USA; Author of Creating Abundance: Biological Innovation and American Agricultural Development (Cambridge, 2008)

“Rural depopulation has been one of the most important changes in the history of 20th century. This is the first comprehensive analysis of this process and of its determinants in Spain and Europe and thus it fills a glaring gap in our knowledge of social transformation.”
—Giovanni Federico, Professor of Economic History at the University of Pisa and Senior Research fellow at the European University Institute, Florence, Italy; Author of Feeding the World. An Economic History of Agriculture, 1800-2000 (Princeton, 2005)

“The book by Fernando Collantes and Vicente Pinilla shifts the perspective from which historians generally look at the economic evolution of the countryside. With a perfectly controlled bibliography and a solid statistical base, the book aims at tracking and understanding the demographic decline of rural Spain during the twentieth century. In doing so, it radically innovates with respect to the classical practices of historians. The book does not confine itself to examining the fortunes of agriculture and farmers—it considers rural society as a whole, including those activities and populations outside the agricultural sector. This allows the book to capture a reality that exceeds by far the agricultural variables often emphasised by historians.

In order to analyse, explain and explore the consequences of initially slow but eventually accelerated rural-urban migration, Fernando Collantes and Vicente Pinilla venture into a time period that historians generally look at with fear and respect but carefully avoid to investigate: the twentieth century and, specifically, the second half of the century, the period post-1950. This way they are able to show that the pace of industrialisation and urbanisation, together with the policies implemented by governments, may have been crucial for the emptying of the countryside. They deal with the consequences of this process of rural decline. While the departure from the countryside may have been a painful experience (albeit not a tragic one, as stressed by the book title), it largely contributed to triggering the Spanish process of economic development and improving the standard of living of populations, including those who remained on the countryside.

“Peaceful Surrender by Fernando Collantes and Vicente Pinilla is a welcome addition to the literature on rural populations in Contemporary Europe. Written with a fluid and accessible style, this book tracks the decline of rural Spain over the past half century with a keen emphasis on the demographic dimensions of the decline and its economic contexts. In their study, the enormous importance of the 1960s emerges in a striking fashion as does the irony of a half century of rural depopulation at a time when economic recession is taking a huge toll on Spain and it is increasingly apparent that agricultural production is the single area where Spain has continues to have a distinct advantage. It is certainly a book well worth reading.”
—David Reher, Professor of Demography at the University Complutense of Madrid, Spain; Author of Perspectives on the Family in Spain. Past and Present (Oxford, 1999)