Home / Buy A Book / Social Sciences / Science in the Nursery: The Popularisation of Science in Britain and France, 1761-1901

Science in the Nursery: The Popularisation of Science in Britain and France, 1761-1901 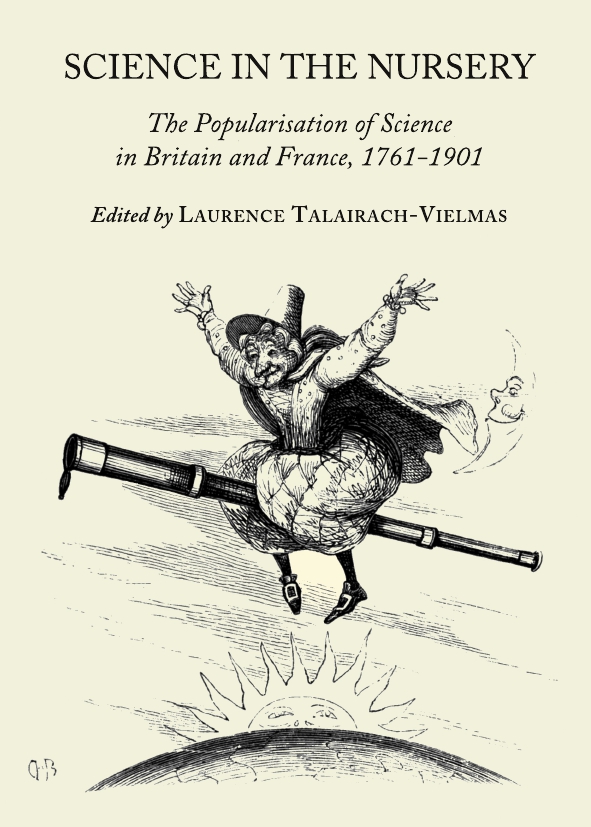 This edited collection aims to examine the popularisation of science for children in Britain and France from the middle of the eighteenth century to the end of the Victorian period. It compares and contrasts for the first time popular science works published at the same time in the two countries, focusing both on non-fictional and fictional texts. Starting when children’s literature emerged as a genre to the end of the nineteenth century it addresses the ways in which popular science for children engaged with wider debates and issues, concerning such topics as gender or religion. Each individual essays brings home how children’s literature revealed contemporary tensions which professional scientists confronted. The wide range of scientific topics examined, from physics and astronomy to natural history and anthropology, offers a large spectrum of types of popular science works for children.

Laurence Talairach-Vielmas is Professor of English Literature at the University of Toulouse (UTM, CAS), France. She is the author of Wilkie Collins, Medicine and the Gothic (The University of Wales Press, 2009; winner of the Esse Book Prize 2010 for Cultural Studies; shortlisted for the BSLS best book 2009), Moulding the Female Body in Victorian Fairy Tales and Sensation Novels (Ashgate, 2007), and has edited Mary Elizabeth Braddon’s Thou Art the Man for Valancourt Books (2008).