Chymia: Science and Nature in Medieval and Early Modern Europe 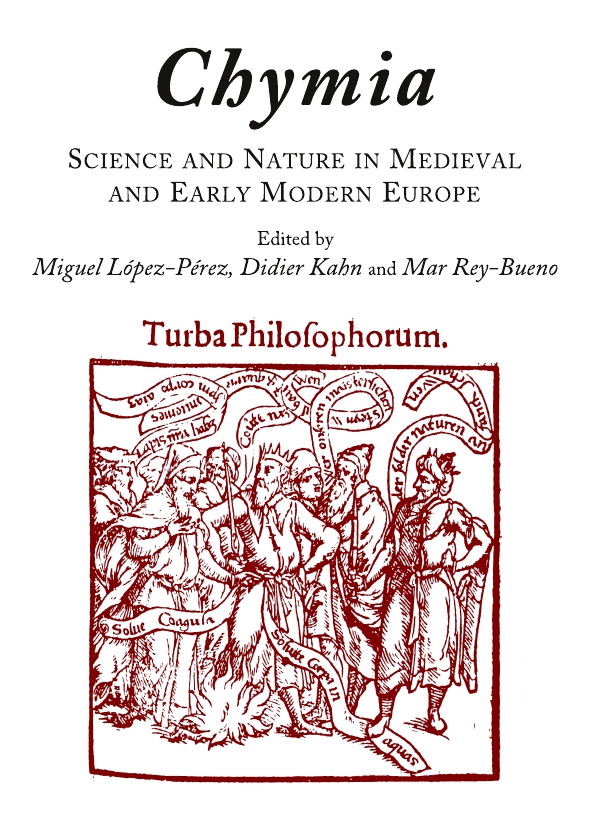 In September 2008, an international conference on the history of alchemy was held at El Escorial, close to the ancient location of the distilling houses operating under royal patronage during the second half of the 16th century. The present book consists of a selection of the papers presented then, shedding light on little-studied medieval and early modern texts, important alchemical doctrines such as medieval corpuscularianism, early modern spiritus mundi or the function of salt within chymical principles, and discussing such prominent figures as Paracelsus, Isaac Hollandus, Michael Sendivogius, Fontenelle or G. E. Stahl. Last but not least, the book offers new insights on the most recent history of Spanish alchemy.

Miguel López Pérez completed his PhD at the University Complutense of Madrid, Spain, in 1999, with a thesis on alchemy in early modern Spain: “Alquimia, terapéutica y sanidad en la España de los Austrias Menores.” He has been an independent researcher since 2005 and President of the Spanish Society for the History of Alchemy since 2008. He has published more than forty books, articles and book chapters on the Spanish history of alchemy. He is currently preparing two books: Money for Nothing: The History of a Classical Alchemical Fraud, from the Middle Ages to Today, and History of Potabile Gold.

Didier Kahn is a Researcher at the CNRS, in the “Centre d'étude de la langue et de la littérature françaises des XVIe et XVIIe siècles” (CELLF 17e–18e). He is the author of Alchimie et paracelsisme en France à la fin de la Renaissance (1567–1625) (Geneva: Droz, 2007), and his next book is an annotated edition of Montfaucon de Villar’s Le Comte de Gabalis (1670), to be published by Champion (Paris) by December 2010. He is currently preparing a book on early modern French alchemical circles and patronage, and another on the cultural context of alchemical debates in early modern France.

Mar Rey Bueno completed her PhD at the University Complutense of Madrid in 2000 with a thesis entitled “Tradición y Modernidad. La asistencia farmacéutica en la corte española de los siglos XVI y XVII,” receiving the Extraordinary Doctorate award of this University for her work. She has eleven books and a long list of chapters of books, articles and exhibitions to her name, mainly related to the history of alchemy, early modern Spanish magic, and women in Spanish culture. She has done much of her work as independent scholar since 2004. She is currently running a course at El Escorial on the History of Pharmacy. After more than ten years of research, she is preparing an edition on Spain’s King Philip II.