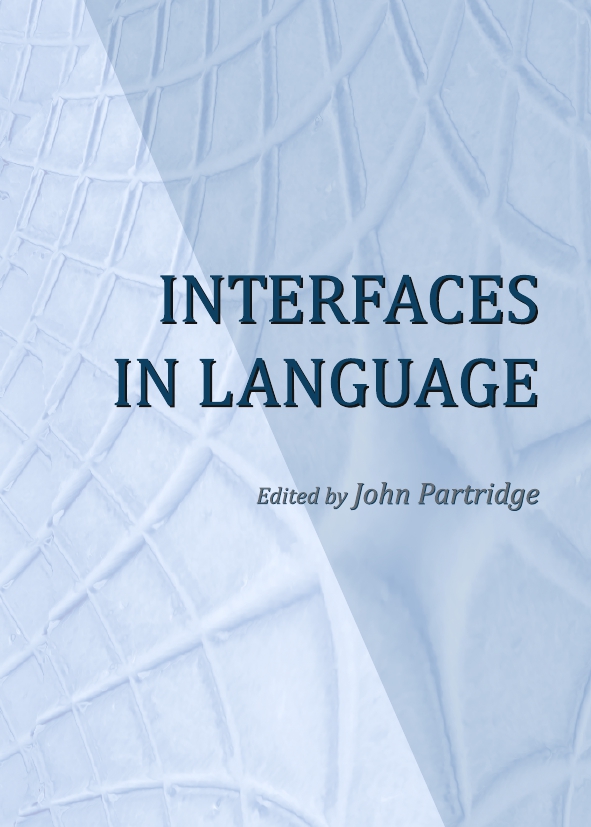 This volume resulted from the first Interfaces in Language conference held at the University of Kent, England, as a result of the need perceived for the orthodox distinctions made between the various perceived divisions in language study, e.g. syntax vs. semantics vs. pragmatics vs. phonology vs. morphology, to be expanded into a wider concept of linguistic interfaces, for example language and music, language and politics, languages in mutual contact, languages in mutual conflict, and language and literature.

Potential contributors at the conference were encouraged to define and explore the particular interfaces which interested them, to see where there was common ground, where distinctions were to be made and where grey areas invite further investigation. The results were startling: contributors responded from America, Belgium, Brazil, Canada, France, Germany, Israel, Poland, Spain and Switzerland as well as the UK, with themes ultimately grouped under three headings which have been roughly retained in this volume.

Many of the wide range of resultant perspectives are represented here, as well as those treated by colleagues prevented at the last moment from attending the conference. Categories and Orthodoxies addresses some of the most traditional interfaces, whilst Contact and Conflict examines clashes and coalescences between languages, languages and politics, the mutual interaction of variants of a language and the imposition or choice of a non-native language over its native counterparts; and Language and Cognition sees language behaviour as partly at least influenced by factors other than those formally identified as strictly linguistic.