Eradicating Differences: The Treatment of Minorities in Nazi-Dominated Europe 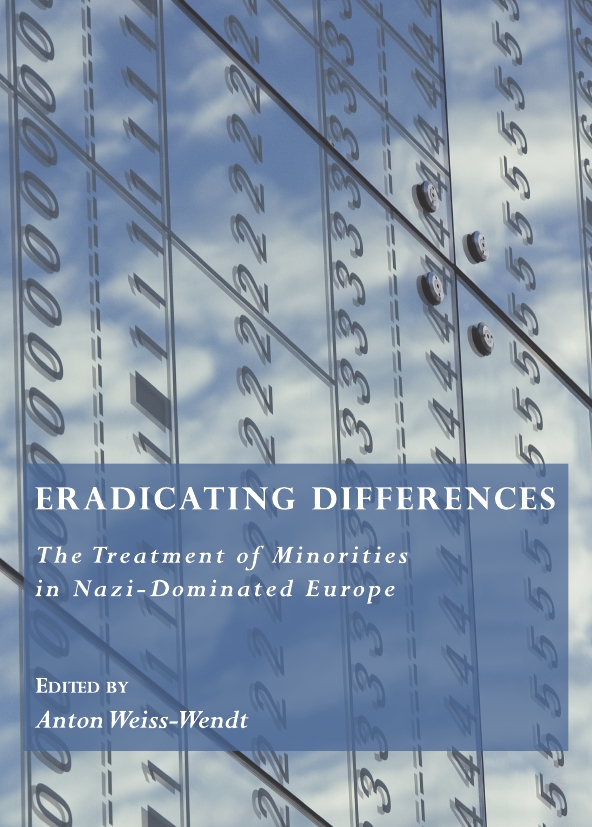 The eleven essays that comprise this book offer an integrated perspective on Nazi policies of mass murder. Drawing heavily on primary sources from European and American archives, the collection of essays provides novel interpretations of Nazi policies vis-à-vis ethnic, religious, and sexual minorities in the German-occupied territories, specifically Eastern Europe. The essays printed in this volume advance two main theses, drawing a line under the Functionalist-Intentionalist debate regarding the origins of Nazi genocide. In their dealing with the “lesser races,” the Nazis proved more flexible and less single-minded than has been conventionally believed. Faced with what they saw as a temporary military setback, the Nazis were willing to renegotiate their murderous policies, granting certain concessions to the minority groups otherwise slated for destruction. In the long run, however, the Nazis never abandoned the ideology of racial exclusiveness, which had contributed to their ultimate defeat. Another thesis concerns the complex ethno-political landscape of Eastern Europe that came under Nazi domination. German occupation authorities encouraged ethnic rivalries and grievances, which trace back to the Austro-Hungarian and Russian Empires and beyond. Hobbesian war of all against all that had ensued made it easier for the Nazis to apply a divide-and-rule policy. It also provided a fertile ground for collaboration, specifically in the mass murder of Jews. The book will appear to both academic and non-academic audiences interested in the subjects as diverse as genocide, ethno-nationalism, and minority studies.

Anton Weiss-Wendt heads the research department at the Center for the Study of the Holocaust and Religious Minorities in Oslo, Norway. He is the author of Murder Without Hatred: Estonians and the Holocaust (2009) and Small-Town Russia: Childhood Memories of the Final Soviet Decade (2010), and the editor of The Nazi Genocide of the Gypsies: Reevaluation and Commemoration (forthcoming).

“This collection of essays presents original research on Nazi imperial policies toward various non-Jewish minorities in Europe. Adding definition to the hitherto vague categories of the Holocaust’s ‘other victims’ and ‘collaborators,’ this important volume illuminates how the Nazi ideologies of anti-Semitism and racism translated into a nefarious practice of divide et impera. Nazi rule across Europe exacerbated and instigated conflicts among minorities, fanning the flames of the Holocaust and seeding interethnic strife that persists to this day ... Essential reading for those interested in the history of mass violence in twentieth century Europe.”
—Wendy Lower, author of Nazi Empire-Building and the Holocaust in Ukraine

“Scholarly and popular interest in the persecution and all-encompassing murder of the Jews by the Nazi regime and its allies—usually referred to as the Holocaust or Shoah—has inadvertently overshadowed the crimes committed during the Second World War against other minority groups. The essays assembled in this book redraw the attention to a plurality of victim groups, situating each case in its ideological, geopolitical, and social contexts and relating it to the persecution of the Jews. The book as a whole urges the reader to rethink the Nazi policies of mass murder, as suggested in the thought-provoking introduction. Although one may well suggest very different readings, the overall attempt and each essay in its own right constitute a valuable contribution that should be taken into account in any further discussion of the Holocaust.”
—Dan Michman, author of Holocaust Historiography: A Jewish Perspective: Conceptualizations, Terminology, Approaches and Fundamental Issues