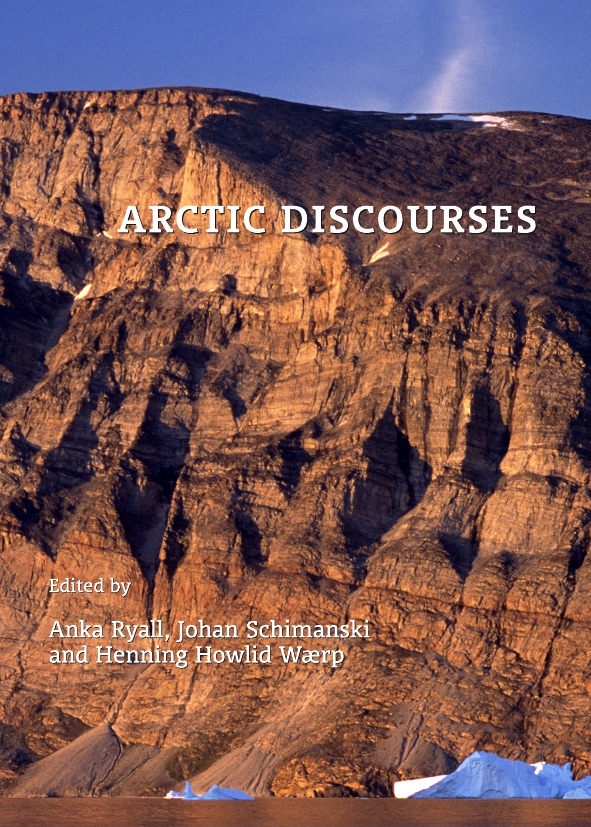 Both fictional and non-fictional accounts of the Arctic have long been a major source of powerful images of the region, and have thus had a crucial part to play in the history of human activities there. This volume provides a wide-reaching investigation into the discourses involved in such accounts, above all into the consolidation of a discourse of “Arcticism” (modelled on Edward Said’s concept of “Orientalism”), but also into the many intersecting discourses of imperialism, nationalism, masculinity, modernity, geography, science, race, ecology, indigeneity, aesthetics, etc.

Perspectives originating from inside and outside the Arctic, along with hybrid positions, are examined, with special attention being given to the textual genres, narratives and figures which they mobilize, together with to the close relationship between the Arctic as an unknown place and the literary imagination.

The different chapters address a wide geographical range of texts, providing a necessary supplement to most previous work in the field, and also address the wide variety of genres which flourish under the aegis of Arctic discourse, ranging from exploration accounts, travel-writing, political texts and journalism through diaries and historical documents to novels and novelizations, and including also other media, such as music and opera.

The editors share the project leadership of the ongoing research programme Arktiske diskurser (Arctic Discourses) based at the University of Tromsø and funded by the Research Council of Norway.

ANKA RYALL has taught English at the University of Tromsø, and published on gender and travel writing. Among her recent publications are a book on women’s appropriation of travel literature, a co-edited volume on Mary Wollstonecraft’s journey to Scandinavia and an article on the travel narratives of Ethel Tweedie.

JOHAN SCHIMANSKI is Associate Professor of Comparative Literature in the Department of Culture and Literature, University of Tromsø. He has published on Welsh literature, national identity and literature, postcolonialism, science fiction and Arctic discourses.

HENNING HOWLID WÆRP is Professor of Scandinavian literature at the University of Tromsø. He has published and edited books and articles on Norwegian literature and poetry, and also on the novelists Knut Hamsun and Cora Sandel.

“Arctic Discourses is recommended—even required—for those studying polar literature and for libraries with collections in northern studies. For fans of explorers’ accounts and other forms of arctic literature, the book offers new perspectives on familiar stories. Perhaps above all, this work is a salutary reminder that when we write we tell a story, whether or not we mean to; and that we are revealed alongside our subject matter.”
—Shelly Sommer in Arctic, Antarctic, and Alpine Research

“Arctic Discourses is complex, confronting and thoroughly engaging. It will have wide reader appeal because, although there are many technical aspects to the analyses, they are not impenetrable and therefore don’t exclude readers unfamiliar with the disciplines. Buy a copy; you’ll not be able to put it down!”
—Dr Julia Jabour, The Polar Journal, 1:2, 2011

“Pull apart explorer’s accounts, opera, and poetry for awhile instead of data. This volume of literary criticism traces how the Arctic is imagined and reimagined in literature and music, and how these representations confirm or counter prevailing images of identity, environment, and Arctic peoples.”
—Institute of Arctic and Alpine Research (INSTAAR) blog

“. . . useful from a research [point of view], and genuinely enjoyable reading.”
—Steve Himmer on goodreads.com

“Arctic Discourses makes a seminal contribution to relatively new but expanding studies that focus on the ice and cold above the Arctic Circle . . . Arctic Discourses is a pioneering and exploratory text representing an international circumpolar approach that, in contrast to previous studies, is not limited to a particular geographical area . . . a highly useful resource.”
—Caroline Schaumann, Arcadia

''"…it brings together for the first time a broad international and transcultural spectrum of aesthetic themes from the north polar regions and opens through its interdisciplinary approach a new perspective, not only on forms of perceiving and representing the Arctic, but also on the strategies of narrativizing, remedializing, transmitting and subverting images of the Arctic. Especially investigations into cultural history and the history of the imagination, narratological studies, and comparative research into travel writing will profit from going through the individual studies. In addition, the collection creates an important basis for further works on the history of knowledge and culture in the developing field of Arctic Studies, where literary and artistic sources have previously been neglected."

"Arctic Discourses is an invaluable contribution to the growing field of Arctic literary studies, and it will be of interest to a broad academic audience. While the editors and this review point out the benefits of reading the essays as a type of dialogue, chapters can be read and used as stand-alone texts by individuals and as part of undergraduate and graduate courses. Readers will find ample material and ideas with which to engage, and these essays will encourage further study and the emergence and awareness of additional perspectives and discourses on the Arctic."