Home / Buy A Book / Life Sciences / The Future of Post-Human Law: A Preface to a New Theory of Necessity, Contingency and Justice

The Future of Post-Human Law: A Preface to a New Theory of Necessity, Contingency and Justice 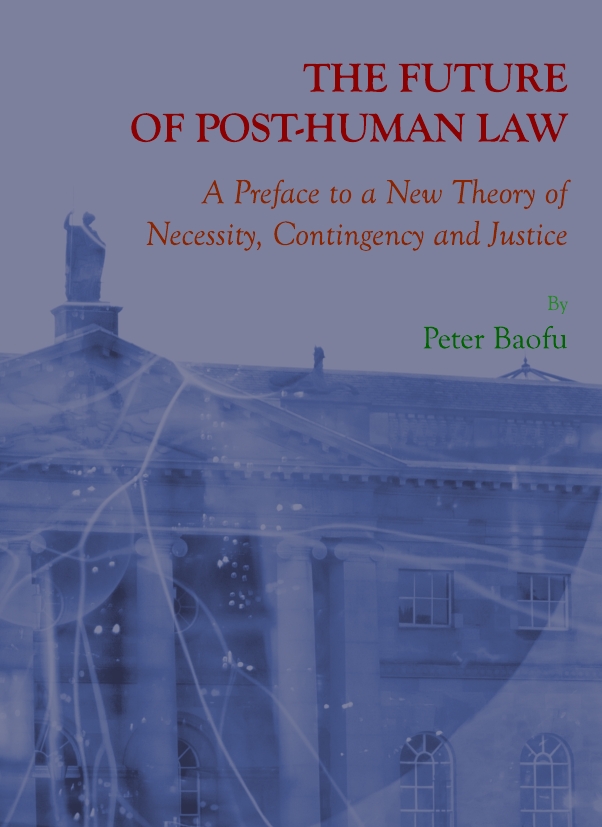 Take the case of international law, as an illustration. While different international courts have been busy going after the killers of innocent victims in Rwanda and Liberia, they have turned a blind eye to the major powers which have killed—on a much larger and more brutal scale, by comparison—innocent civilians in Iraq and Afghanistan, just to cite two current examples.

Contrary to the conventional wisdom conveniently held by many in human history, the rule of law has its other side which has not yet been systematically understood, such that the rule of law is neither possible nor desirable to the extent that the defenders of legal institutions in human history would like us to believe. Lest any misunderstanding hastily occur, this is not to imply that the rule of law is absolutely useless, or that the literature in jurisprudence (and other related fields like political philosophy, ethics, law and economics, and the sociology of law) should be dismissed because of its scholarly irrelevance. Of course, neither of these two extreme views is reasonable either.

Instead, this book provides an alternative (better) way to understand the nature of law, in relation to its necessity and contingency in the context of justice—while learning from different approaches in the literature but without favoring any one of them (nor integrating them, since they are not necessarily compatible with each other). In the process, this book offers a new theory to transcend the existing approaches in the literature in a new direction—in that, in the end, there is no justice without injustice and that it will be transcended too.

This seminal project, if successful, will fundamentally change the way that we think about the nature of law, from the combined perspectives of the mind, nature, society, and culture, with enormous implications for the human future and what I originally called its “post-human” fate.

Dr. Peter Baofu is the author of 40 new theories in 29 books which provide a visionary challenge to conventional wisdom in all fields of knowledge ranging from the social sciences through the formal sciences and the natural sciences to the humanities, with the final aim of a unified theory of everything.