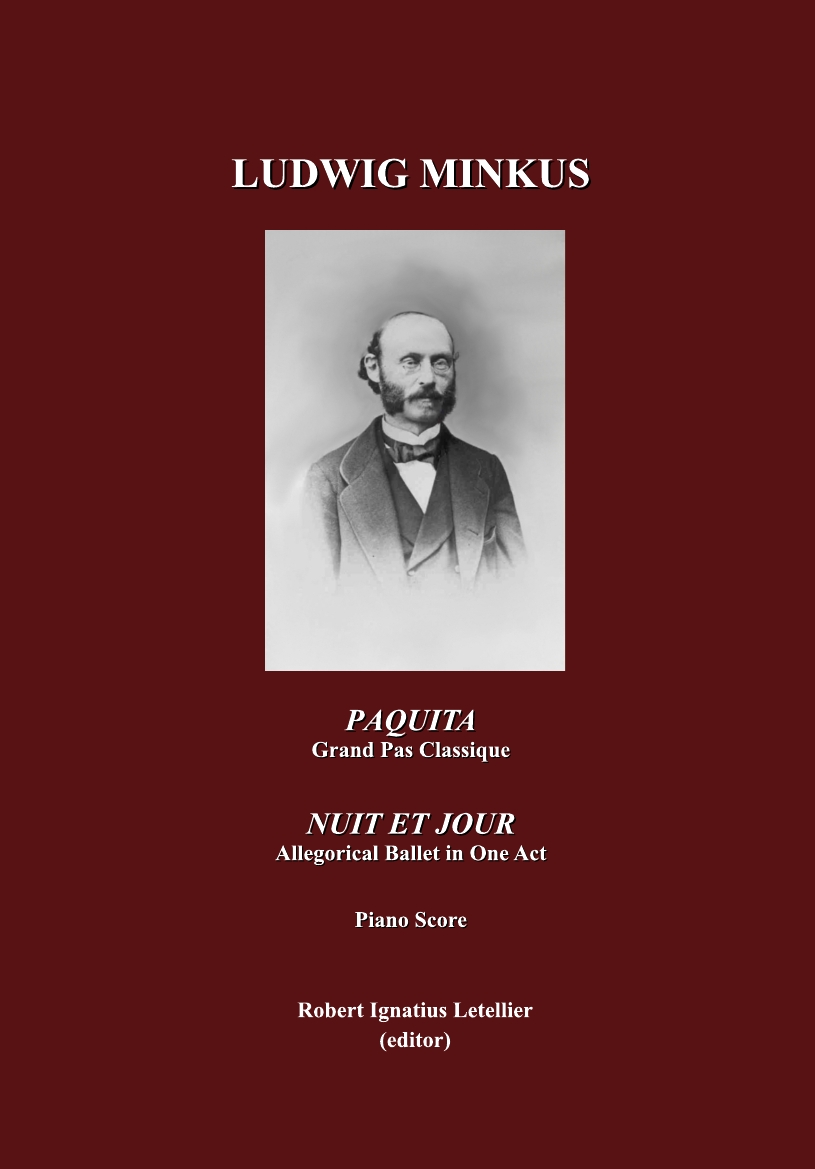 The two ballets in this volume, Paquita and Nuit et Jour, represent Ludwig Minkus (1826–1917) towards the end of his career in Russia, working at the peak of his creative powers. They are respectively the thirteenth and fourteenth collaborations between the Viennese composer and the famous choreographer of the Russian classical ballet, Marius Petipa (1819–1910).

The Grand Pas, written for Petipa's revival of Deldevez’s Paquita in St Petersburg in 1881, is well-known and loved, a jewel of the classical ballet repertoire in its own right. As an independent, abstract divertissement, the Grand Pas has remained popular with ballet companies and their audiences all over the world, but had not been seen outside Russia in its original context (as the climax of the concluding celebrations) before Pierre Lacotte's sensitive re-creation of the 1846 ballet in its entirety at the Paris Opéra in 2001.

The Grand Pas was designed for ballerina, premier danseur, six premières danseuses and eight second soloists. Over the years, this Spanish flavoured piece has become a kind of miniature gala performance, with an array of solo variations that are particularly interesting not only for their choreography but also their occasional obbligato writing. Minkus had a talent in composing for the violin, his own special instrument—as can be seen in the sumptuous, extended adagio. His ballets also contain effective virtuoso pieces for the flute, harp, cello and cornet. The violin and harp solos were written with the talents of the famous violinist Leopold Auer and harpist Albert Zabel in mind, both of whom served as instrumental leaders in the St Petersburg theatre orchestras in the late 19th century.

The contemporary manuscript piano arrangements reproduced here, repetiteur scores from the Soviet era, present a longer and a shorter version of the Grand Pas. They reflect the performing edition as it has variously evolved over the 130 years of its independent stage life on the Russian stages, and—through the agency of Anna Pavlova’s travelling company in the 1920s—as also adapted by ballet companies across the world.

The less familiar Nuit et Jour was created by Petipa and Minkus to mark the accession to the throne of Tsar Alexander III in 1883. It is an interesting development of the popular contemporary genre of abstract allegorical works, illustrating the movement of time through the day and the seasons of the year. The ballet depicts the innate beauties of both night and day (created by the great ballerinas Yevgeniya Sokolova and Yekaterina Vazem respectively), the daily struggle between darkness and light, and climaxes in an achievement of harmony in a dance of the nations. This is given a patriotic resonance by reflecting ten national types from the Russian Empire in a tour de force, testing the composer’s skill in capturing the various national styles: Uzbek, Tartar, Siberian, Finnish, Cossack, Belarusian, Polish, Caucasian, and Ukrainian. The score reproduced here is the piano version published in both Hamburg and St Petersburg about 1885.

Ludwig Minkus, Official Composer to the Imperial Russian Ballet, wrote music for more than twenty ballets: five with Arthur Saint-Léon, and seventeen with Marius Petipa—the most famous of which are Don Quixote (1869) and La Bayadère (1877).

Robert Ignatius Letellier is a specialist in the music and literature of the Romantic Period. He has studied the work of Giacomo Meyerbeer (a four-volume English edition of his diaries, a collection of critical and biographical studies, a guide to research, two readings of the operas, as well as compiling and introducing editions of the complete libretti and non-operatic texts, and a selection of manuscript facsimiles). He has also written on the ballets of Ludwig Minkus and compiled a series of scores of Romantic Ballets.