Home / Buy A Book / Life Sciences / The Future of Post-Human Sexuality: A Preface to a New Theory of the Body and Spirit of Love Makers

The Future of Post-Human Sexuality: A Preface to a New Theory of the Body and Spirit of Love Makers 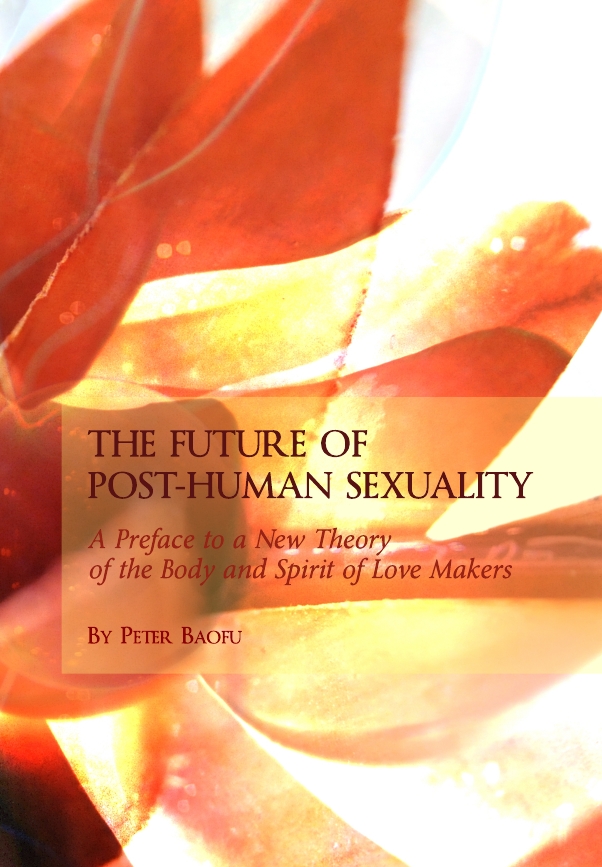 What precisely resides in “sexuality” which warrants the popular discourse on sexuality as “part of our world freedom,” or something as an inspiring source for “our own creation” of “new forms of relationships” or “new forms of love” never before possible in human history?

This popular treatment of sexual freedom has become so politically correct, in this day and age of ours, that it fast degenerates into a seductive ideology which has impoverished our understanding of sexuality by blinding us from its dark sides.

Contrary to this intoxicating conventional wisdom, the dark sides of this seductive ideology have yet to be systematically understood and that its very creative freedom is neither possible nor desirable to the extent that its advocates would like us to believe.

Of course, this is not to suggest that sexuality should not be about freedom nor creativity, or that the literature in sexual studies (and other related fields like gender studies, queer studies, and cultural studies, for example) should be ignored because of their scholarly nonsense. Needless to say, neither of these two extreme views is reasonable either.

Instead, the purpose of this book is to provide an alternative (better) way to understand the nature of sexuality, in special relation to the sexual body and spirit, in conjunction with the mind—while learning from different approaches in the literature but without favoring any one of them (nor integrating them, since they are not necessarily compatible with each other).

This seminal project, if successful, will fundamentally change the way that we think about the nature of sexuality, from the combined perspectives of the mind, nature, society, and culture, with enormous implications for the human future and what I originally called its “post-human” fate.

Dr. Peter Baofu is the author of 27 books (including this current one), which propose 38 new theories on the mind, nature, society, and culture (ranging from the social sciences through the humanities and the formal sciences to the natural sciences), ultimately for a unified theory of everything.