Home / Buy A Book / Health Sciences / The Future of Post-Human Language: A Preface to a New Theory of Structure, Context, and Learning

The Future of Post-Human Language: A Preface to a New Theory of Structure, Context, and Learning 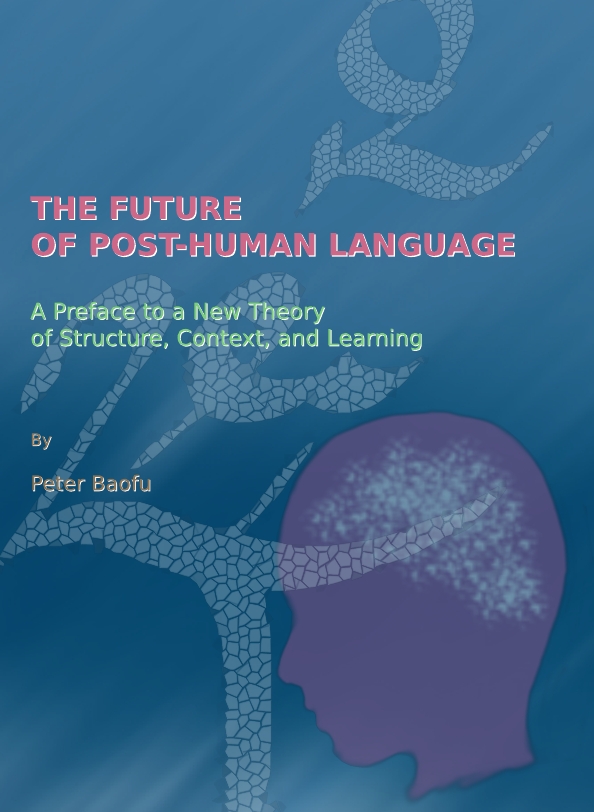 To what extent is there really a universal structure, whether innate or not, of language for learning? Or conversely, is language learning mainly context-based? And, in the end, does the very nature of language delimit our mental world—such that “the limits of my language mean the limits of my world” or, in a different parlance, constitute “the prison house of language”?

Contrary to the conventional wisdom held by many in history, all these seemingly plausible views are highly misleading, to the extent that something vital is missing in the conventional debate, such that the nature of learning has yet to be more comprehensively and systematically understood.

This is not to say, however, that the literature in the study of language (and other related fields) hitherto existing in history has been much ado about nothing. In fact, much can be learned from different theoretical approaches in the literature.

The virtue of this book is to provide an alternative (better) way to understand the nature of learning, especially (though not exclusively) in relation to language—which, while incorporating the different views in the literature, transcends them all in the end, with the use of language and also beyond it.

If true, this seminal work will fundamentally change the way that we think, not only about the nature of language, in a small sense— but also about the nature of learning, with the use of language and also beyond it, from the combined perspectives of the mind, nature, society, and culture, for the human future and what I originally called its “post-human” fate, in a broad sense.

Dr. Peter Baofu is the author of 23 books (with some more to appear in 2009), which proposes 35 new theories on the mind, nature, society, and culture—ranging from the social sciences through the humanities and the formal sciences to the natural sciences.