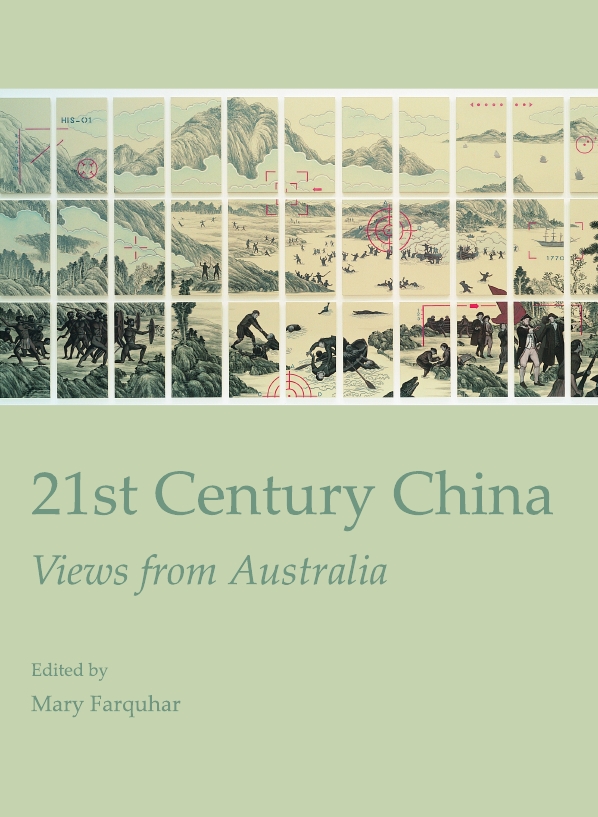 Australian Prime Minister Kevin Rudd famously said that China issues are part of 21st century Australia’s ‘very life-blood’. This brings short-term challenges to the Australia-China relationship, from Chinese investments in our resources to visits to Australia by expatriate regional political and religious leaders, labelled ‘splittists’ or ‘terrorists’ by the Chinese government. Our long-term relationship includes robust scholarship on China as an emerging superpower. In this book, leading Australian academics comment on the arts, law, politics and society in China today. The book opens with Geremie Barmé’s essay on re-orienting Beijing city for the Olympics and closes with restaurateur Kylie Kwong’s reminiscences—and recipes—from a Chinese childhood in Sydney’s suburbs. Readers will disover a rich engagement with China in the twelve chapters of this volume, ranging from Confucianism to ‘green’ Australian-Chinese cuisine.

Mary Farquhar is Professor of Asian Studies at Griffith University in Brisbane, Australia. She was the founding director of the Australia-wide China Law Network and a former President of the Chinese Studies Association of Australia. As President, she convened the biennial Chinese Studies Association of Australia conference in 2007, which celebrated Australians' China scholarship and is the basis for this volume. Her publications include the international award-winning book, Children's Literature in China: From Lu Xun to Mao Zedong (1999). Her recent work on Chinese cinema includes a book (with Chris Berry), China Onscreen: Cinema and Nation (2006); a co-edited special issue of Journal of Chinese Cinemas (2:2, 2008); and an edited book on Chinese film stars (with Yingjin Zhang) (London: Routledge, in press).

“Beginning with Geremie Barmé’s bravura essay on the remaking of the city of Beijing, this collection gives us a degustation of the range and distinction of Australian Sinology today and the quality of scholarship that has produced some of the finest work in the world of China studies in the past decade and more. Three of the contributors have won the Levenson Prize for books of scholarship on China (there have been five Australian winners in the last ten years), and across all contributions there is unusual revelation, commonly from extended primary research inside China, often in great depth - in villages and towns and cities, and even, in Michael Dutton’s case, in police stations!

These views from Australia capture something of the stretching and straining in politics and society that is China as it stirs and becomes an international giant - what’s happening in the family, in social relations, in the justice system, in culture, in taste and design, in the politics of China’s massive development, in the contest of identity. Serious issues all, there is much to enjoy in the excellence of the scholarship and the writing. And the coda (recipes and all) from Chinese Australian restaurateur and TV gastronomist Kylie Kwong - which reminds that China’s stirring also engages the millions of Chinese beyond the borders of the PRC, in different and, for many, challenging forms.

Editor Mary Farquhar is too wise in the ways of interpreting China to impose a forced synthesis, and gives the reader one society and fourteen views—surely the most satisfying way of looking into China and making some sense of it all.”
—Stephen Fitzgerald

“The book’s strength is its diversity and the accessibility of the language and arguments presented within it. It contains studies of specific yet widespread phenomena in Chinese society and thus presents a general overview of such phenomena without losing sight of the details which give them life.”
—Tom Cliff, The Australian National University, The China Journal 2011 No. 65