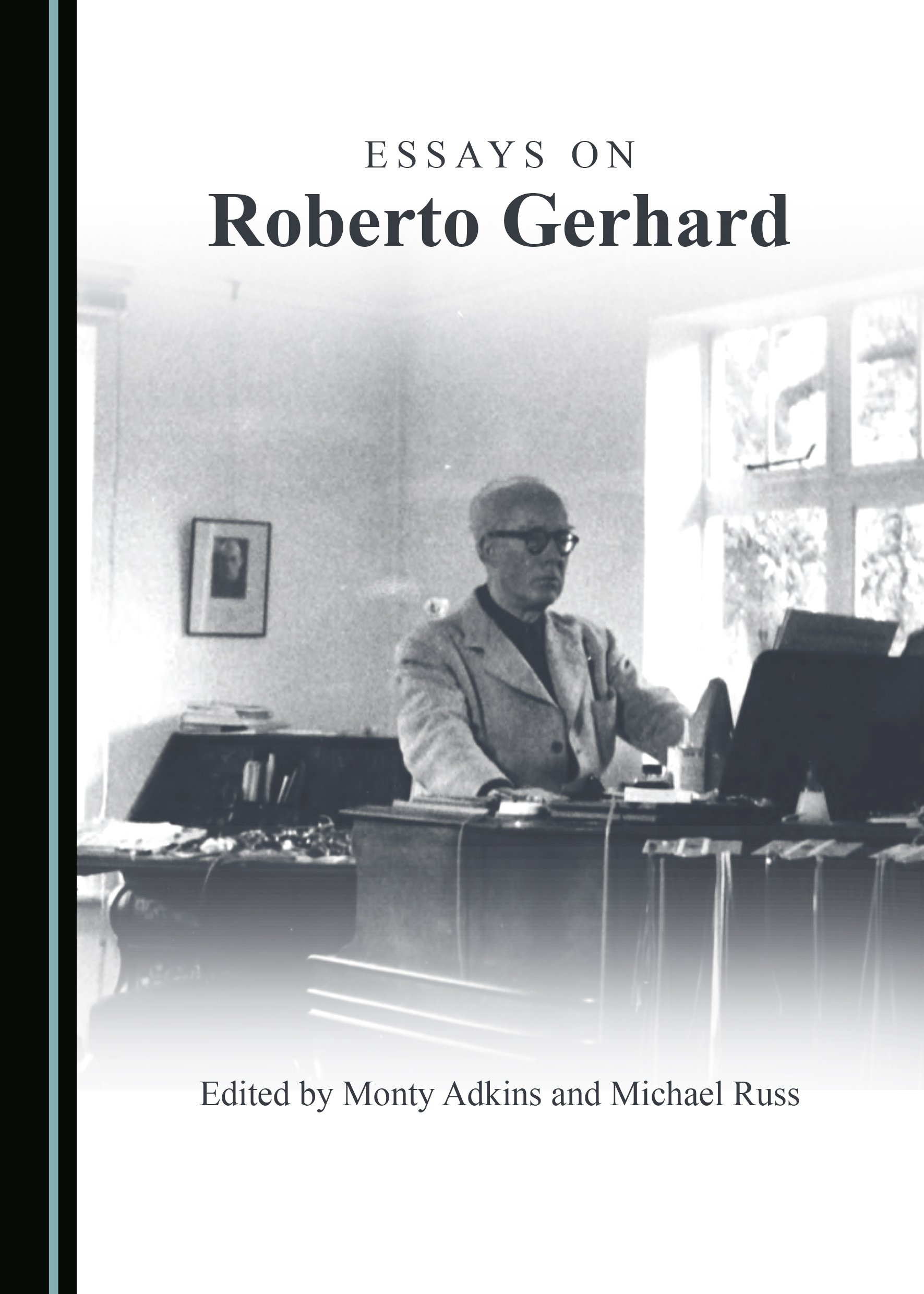 For much of the mid-twentieth century, Roberto Gerhard found himself an outsider. He was airbrushed from much writing on contemporary music in Spain during the Franco regime, and was known in England more for his ‘commercial’ music for theatre, film and radio than his concert works. However, his significance as a musical innovator in developing serial technique and in the field of electro-acoustics is now being gradually recognised in both Spain and England, as well as further afield.

The volume explores an extensive range of Gerhard’s work from the early Wind Quintet and the Spanish ballets Pandora and Don Quixote with their overt political overtones, through to the late period Metamorphoses and a newly discovered chance-based composition Claustophilia written in response to a request by John Cage for his book Notations.

One of the key themes presented throughout the book is Gerhard’s innovative use of serialism. Gerhard’s development of Schoenberg’s technique led him to explore the serialization of both pitch and time. This volume suggests evidence for the first time that situates Gerhard’s idiosyncratic experiments alongside rather than after the total serialist works of his European counterparts Pierre Boulez, Olivier Messiaen and Karlheinz Stockhausen.

Monty Adkins read music at Pembroke College at Cambridge University, where he specialised in French mediaeval and Italian Renaissance music. Adkins then studied electronic music with Jonty Harrison at the University of Birmingham, UK, where he performed across Europe with the Birmingham ElectroAcoustic Sound Theatre (BEAST), and with Simon Waters at the University of East Anglia, UK. He is currently Professor of Experimental Electronic Music at the University of Huddersfield, UK, and his works have been commissioned by Ina-GRM, IRCAM, BBC Radio 3, and the Huddersfield Contemporary Music Festival (HCMF), For his oeuvre, he has been awarded over 15 international prizes including being the youngest ever recipient of the Stockholm Electronic Arts Award. He is also Co-Artistic Director of the Electric Spring Festival.

Michael Russ holds degrees from the Universities of Sheffield, Belfast, and Ulster, and studied the clarinet at the Royal Academy of Music. Before taking up an appointment at the University of Huddersfield, UK in 2002, he lectured at the University of Ulster, becoming Head of Media and Performing Arts there in 1998. Russ was given a Distinguished Teaching Award by the University of Ulster in 1996 and won a Westrup Prize for Musicology for the most outstanding article in the journal Music and Letters in 1994. Russ was made a National Teaching Fellow in 2008 in recognition of his work in research and development of teaching and learning in higher education, and now holds the position of Emeritus Dean at the University of Huddersfield. He is co-editor of The Roberto Gerhard Companion (2013), as well as the author of numerous articles on late nineteenth and twentieth century music.