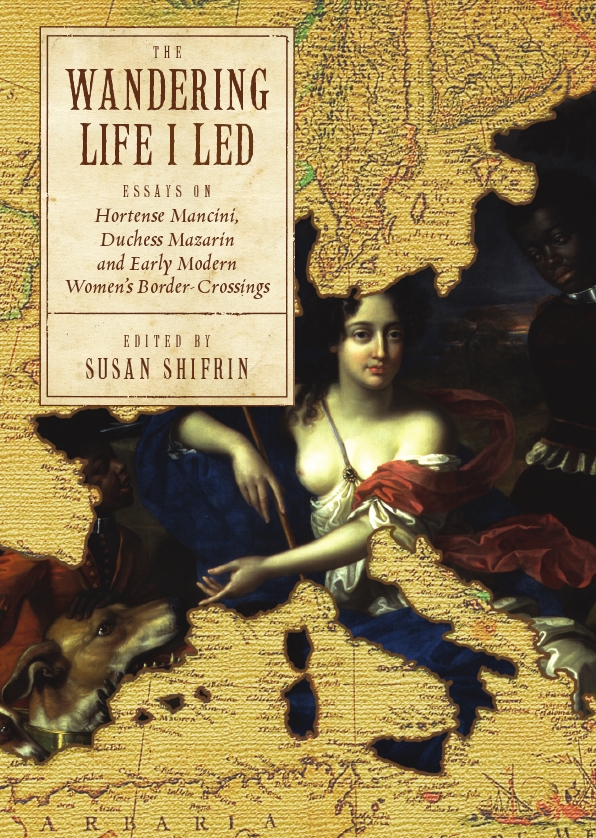 This book of essays brings together international scholars working on the literary, visual, musical, and theatrical representations and reception of Hortense Mancini, Duchess Mazarin, an early modern woman whose literal—geographical—“border crossings” serve here as the starting point for an investigation of her and others’ elisions and transgressions of borders of all kinds. The authors lay out strategies for exploring the ways in which she crossed geographical, gendered, cultural, and—in scholarly terms—disciplinary boundaries, and in so doing, consider how an investigation of those border crossings can enhance our understanding of early modern cultural formation. The new work presented here by some of the most distinguished junior and senior scholars working today in the fields of history, art history, literary history, the history of theater, and the history of music promises to stimulate a broader scholarly discussion about early modern border-crossing and women’s places in the early modern period in general.

SUSAN SHIFRIN is Assistant Professor of Art History at Ursinus College and Associate Director for Education at the Berman Museum of Art at Ursinus College. Her recent publications include essays on the iconography and reception of the Duchess Mazarin and an edited volume titled Re-framing Representations of Women: Figuring, Fashioning, Portraiting and Telling in the ’Picturing’ Women Project.

"This volume is the fullest and most accurate account we may ever have of the fascinating career of the Duchess of Mazarin. More than that: it is a genuine contribution to our understanding of many aspects of European culture in the later seventeenth century, using the attractive and transgressive figure of the Duchess to explore larger social, political, and aesthetic issues. The disciplinary range is exemplary, as experts from art history, literature, music, and history bring their particular skills to bear upon a figure notable for her beauty, talent, and courage. Their contributions, rich in primary detail and interpretive nuance, shed new light on the period and its afterlife."

"This volume of essays brings into admirable fullness one of the single most fascinating women in early modern European history, the proto-feminist Duchess Mazarin, née Hortence Mancini. The interdisciplinary panel of specialists assembled here presents her as the very paradigm of a key seventeenth-century concern: how to construct a sense of self, and in particular, a liberated female self in a male-dominated world. The Duchess Mazarin challenged contemporary expectations and conventions in a most public fashion, crossing numerous “borders” in full public view throughout her life. The differing disciplinary perspectives of the six essays map as well as match her own multi-faceted process of self-realization in all its complexity, while also providing the perspective of Hortense’s contemporary audience as a revealing counterbalance. Her compelling ‘story’ becomes even more so through these exemplary essays."