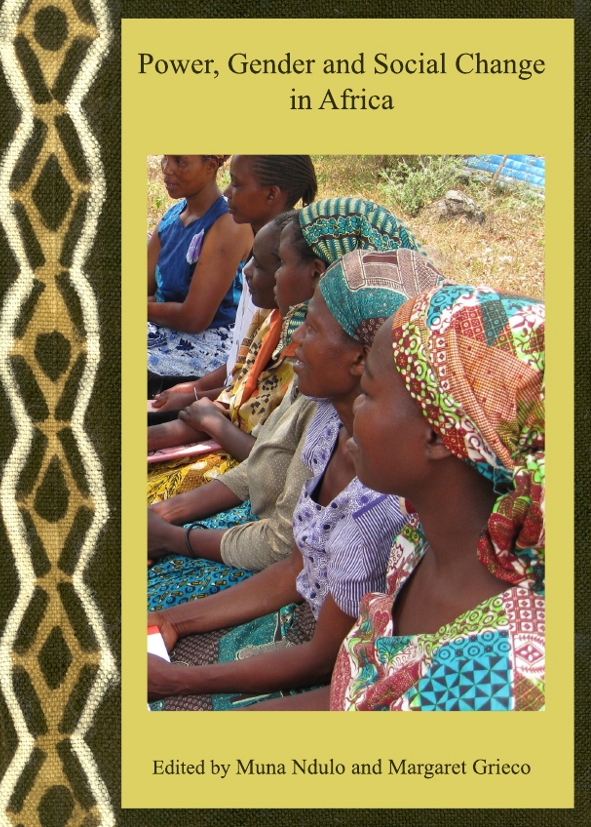 Gender plays a hugely significant and too often under-considered role in predicting how accessible resources such as education, wage-based employment, physical and mental health care, adequate nutrition and housing will be to an individual or community.

According to a 2001 World Bank report titled Engendering Development—Through Gender Equality in Rights, Resources, and Voice, enormous disparities exist between men and women in terms of basic rights and the power to determine the future, both in Africa and around the globe. A better understanding of the links between gender, public policy and development outcomes would allow for more effective policy formulation and implementation at many levels. This book, through its discussion of the challenges, achievements and lessons learned in efforts to attain gender equality, sheds light on these important issues.

The book contains chapters from an interdisciplinary group of scholars, including sociologists, economists, political scientists, scholars of law, anthropologists, historians and others. The work includes analysis of strategic gender initiatives, case studies, research, and policies as well as conceptual and theoretical pieces.

With its format of ideas, resources and recorded experiences as well as theoretical models and best practices, the book is an important contribution to academic and political discourse on the intricate links between gender, power, and social change in Africa and around the world.

Muna Ndulo is Professor of Law at Cornell University and Director of the Cornell Institute for African Development. He is also Honorary Professor of Law, Cape Town University. He obtained his Bachelors of Law (LLB) from the University of Zambia, an LLM from Harvard, and a D. Phil. degree from Trinity College, Oxford University. He also holds a Certificate in Law and Development from Wisconsin University. He has been admitted to the Bar as an Advocate of the Supreme Court of Zambia. As a student, Muna Ndulo received awards including Law Society Prize for the Best Second Year Law Student and Best Graduating Law Student at the University of Zambia. Ndulo started his teaching career at the University of Zambia as a Lecturer in Law in 1971. He later became Professor of Law and served as Dean of the University of Zambia School of Law. In 1984-1985 he was Visiting Professor at Cornell University. In 1986 he joined the United Nations and worked as Legal Officer in the Secretariat of the UN Commission on International Trade Law (UNCITRAL). From 1992-1994 he was seconded to the United Nations Observer Mission in South Africa (UNOMSA), where he served as the Chief Political and Legal Adviser to the Mission and to the Special Representative of the United Nations Secretary-General in South Africa. He has also served as Legal Adviser to the United Nations Missions in East Timor (UNAMET, 1999), Kosovo (UNAMIK, 2003), and Afghanistan (UNAMA, 2003). He has published twelve books and over 100 articles. Recent publications include Security, Reconstruction and Reconciliation: When the Wars End (ed., University College London Press, 2007).

Margaret Grieco (University of Oxford, D.Phil. Sociology) is a Professor of Transport and Society at Napier University and a Visiting Professor at the Institute for African Development, Cornell. She was a staff member of the Africa region of the World Bank and has been a consultant to the World Bank, the United Nations, and the UK Department for International Development. She served as Professor of Sociology at the University of Ghana and has recently worked with the Mitsubishi Research Institute on the Transport arrangements of the northern corridor in Kenya. She has written and edited numerous books, including Travel, Transport, and the Female Traders of Accra (Ashgate, 1996) and most recently two edited volumes of IAD conference proceedings titled Africa’s Finances: The Contribution of Remittances (Cambridge Scholars, 2008) and The Hydropolitics of Africa: A Contemporary Challenge (Cambridge Scholars, 2007), as well as over 60 articles. Her areas of expertise include new information technology; globalization and social organization; and urban, regional and transport studies.