Home / Buy A Book / Social Sciences / The Ivory Tower and Beyond: Participant Historians of the Pacific

The Ivory Tower and Beyond: Participant Historians of the Pacific 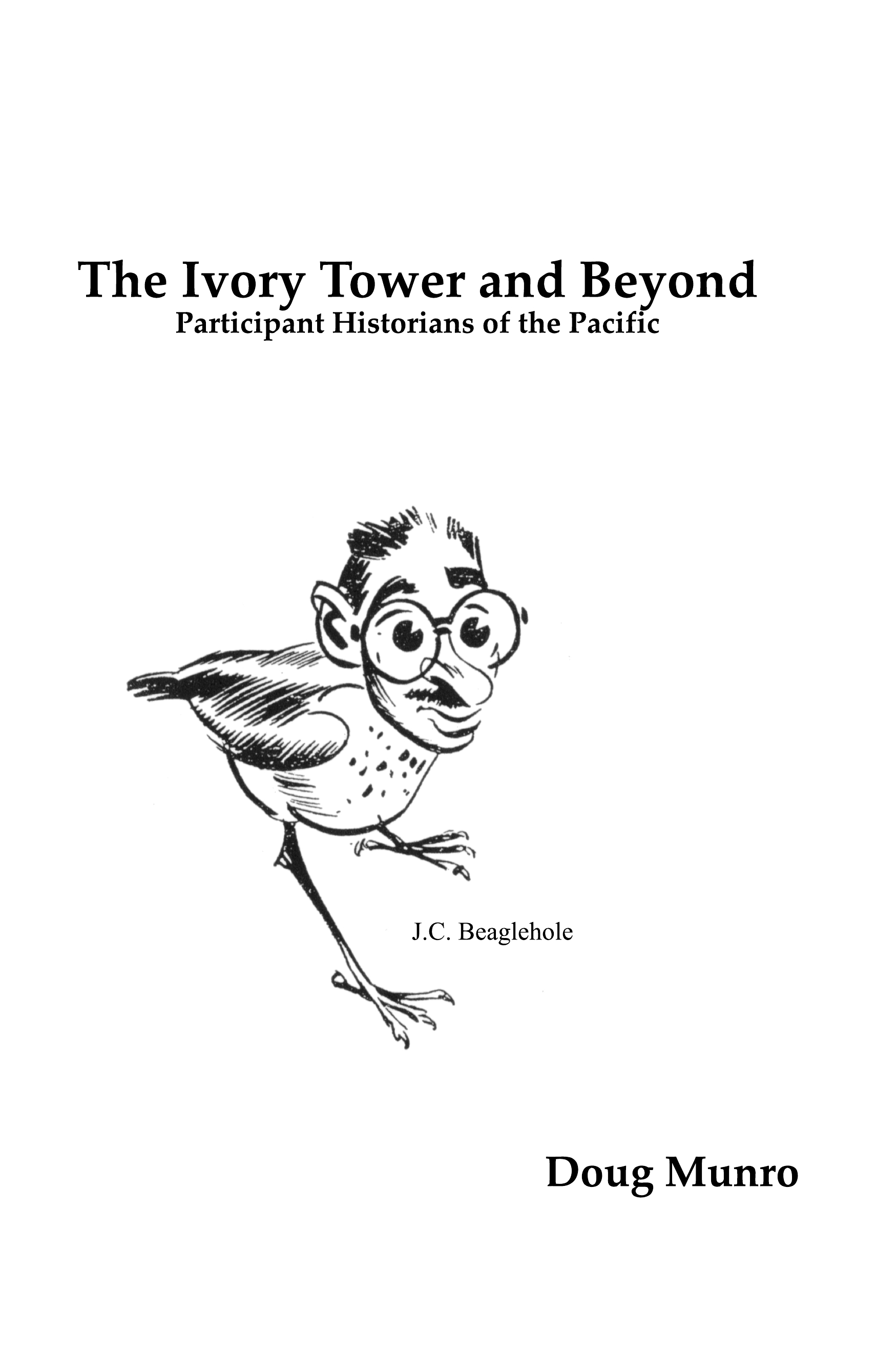 There is a tradition of “participant history” among historians of the Pacific Islands, unafraid to show their hands on issues of public importance and risking controversy to make their voices heard. This book explores the theme of the participant historian by delving into the lives of J.C. Beaglehole, J.W. Davidson, Richard Gilson, Harry Maude and Brij V. Lal. They lived at the interface of scholarship and practical engagement in such capacities as constitutional advisers, defenders of civil liberties, or upholders of the principles of academic freedom. As well as writing history, they “made” history, and their excursions beyond the ivory tower informed their scholarship. Doug Munro’s sympathetic engagement with these five historians is likewise informed by his own long-term involvement with the sub-discipline of Pacific History.

This book is part of a series. View the full series, "Pacific Focus", here.

Doug Munro knew four of the five subjects of this book. He has lived and worked in many of the places described in this book, including a stint as Davidson’s research assistant. The Ivory Tower and Beyond is itself an exercise in participant history. The author is Adjunct Professor of History at Victoria University of Wellington

“With infinite care and great sensitivity, Doug Munro has succeeded in combining biography with institutional research. The contribution of the Australian National University’s Department of Pacific History during the two to three decades after 1950 is well served by these portraits and the sympathetic and perceptive scholarship given to them.”
—Colin Newbury, Linacre College, Oxford

“Munro’s cast of characters are dealt with biographically and critically, but in a way that roundly contextualises their careers, their writings and their other activities. Thus it is that the chapters, while being richly informative and insightful, also read like stylish literary essays. This should not surprise anyone who knows the author or his field. In so packaging his writers Munro has gone well beyond them as individuals.”
—Hugh Laracy, University of Auckland

"Munro is clearly very well informed about all these issues and these writers. Only two of those described - Beaglehole and Maude - have had biographies published, so a lot of work went into biographical studies. Munro clearly admires these men and their work, although not uncritically...For those interested in Pacific history this is a valuable study of its modern originsand a selection of those who created it. It is well researched and clearly written...I enjoyed reading this book and think it will be of interest to all involved in modern pacific history."

David Fieldhouse, Jesus College, Cambridge in The Journal of Imperial and Commonwealth History, Vol 28, No. 1; March 2010

"This book presents a coming-of-age of Pacific history, a summation of more than sixty years of scholarship wrapped around five individuals. The Ivory Tower and Beyond is the most significant consideration of the Pacific history discipline yet published and an important study in Australasian historiography and biography. Doug Munro is a fellow Pacific historian whose career has veered more towards biography in recent years. The book is a work of mature scholarship coming out of decades of Munro's own career, his personal connections with the scholars under review and his meticulous research and interviews. The seventy eight pages of references are a tour-de-force that will be mined by scholars for decades to come."

"The Ivory Tower and Beyond is a fine assemblage of academic biographies that serves not only to remind us that historiography is produced by human beings whose work has been shaped by forces within and beyond the academy, but also of the difficult conditions under which these pionering historians worked."

Hazel Petrie, University of Auckland in The Journal Of Polynesian Society, Volume 118, No. 4, December 2009

"The value of this book is providing us with the intellectual ancestry of significant place and period of a certain kind of study of the Pacific."