Home / Buy A Book / Social Sciences / Performing Adaptations: Essays and Conversations on the Theory and Practice of Adaptation

Performing Adaptations: Essays and Conversations on the Theory and Practice of Adaptation 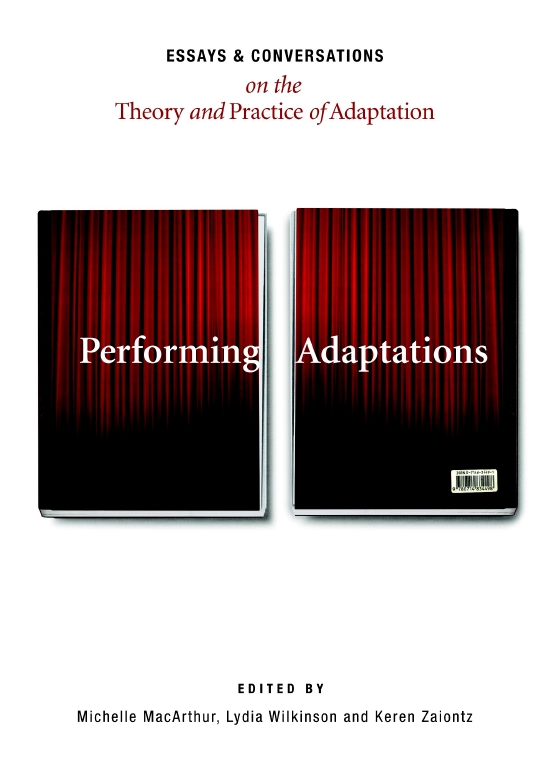 Performing Adaptations: Conversations and Essays on the Theory and Practice of Adaptation brings together scholars and artists from across North America and the United Kingdom to contribute to the growing discourse on adaptation in the arts. An ideal text for students of theatre, drama, and performance studies, this volume offers a ground-breaking set of essays, interviews, and artistic reflections that assess adaptation from the perspective of live performance, an aspect of the field that has been under-explored until now. The diverse authors and interview subjects in this anthology take a variety of approaches to both creating and analyzing adaptations, demonstrating the form’s suitability for testing and speaking back to dominant models of creation, production, and analysis. Featuring articles by pioneering adaptation scholar Linda Hutcheon and critically acclaimed writer and critic George Elliott Clarke, Performing Adaptations advances the field of adaptation studies in new and exciting ways.

The authors in Performing Adaptations do not comprise a comprehensive view of adaptation studies, but represent a collection of “gutsy” voices that use adaptation to test, and speak back to dominant models of creation, production, and analysis. Some of these perspectives include a group of artists from the African Diaspora, Europe, and Canada (the AfriCan Theatre Ensemble); the voice of Chinese-Canadian playwright, Marjorie Chan; the innovative storytelling of Beth Watkins, and her adaptation of letters written by transgendered student activist, Jesse Carr; the views of vanguard Canadian queer filmmaker, John Greyson; and African-Canadian poet, novelist, and critic, George Elliott Clarke. Their adaptation of sources to other genres, mediums, and cultural contexts represent the act of a radical, dialogical reading, writ large.

Michelle MacArthur is a PhD candidate at the Graduate Centre for Study of Drama, University of Toronto. Her dissertation research focuses on the critical reception of feminist theatre in Toronto and Montreal. She has published in alt.theatre and contributed theatre entries to the online Canadian Encyclopedia. She is also co-editor of the fall 2009 issue of Canadian Theatre Review on audiences.

Lydia Wilkinson is a PhD Candidate at the Graduate Centre for Study of Drama, University of Toronto. She is currently working towards the completion of her thesis entitled “Trudeau and the Performance of Canadian Identities”, which analyzes the former prime minister as a performance subject, deconstructing Trudeau’s performance of self and popular representations of the PM. Lydia will once again co-edit with Michelle in the fall 2009 Canadian Theatre Review: Audiences. She has also published in alt.theatre.

Keren Zaiontz is a PhD candidate at the Graduate Centre for Study of Drama, University of Toronto. Her dissertation focus is on contemporary Canadian site-specific companies in Montreal, Toronto, and Vancouver. She is a co-editor of the anthology, Reluctant Texts from Exuberant Performance: Canadian Devised Theatre with Bruce Barton, Natalie Corbett, and Birgit Schreyer-Duarte. She has published in Canadian Theatre Review and the anthology Critical Perspectives on Canadian Theatre: Environmental and Site-specific Theatre, edited by Andrew Houston.