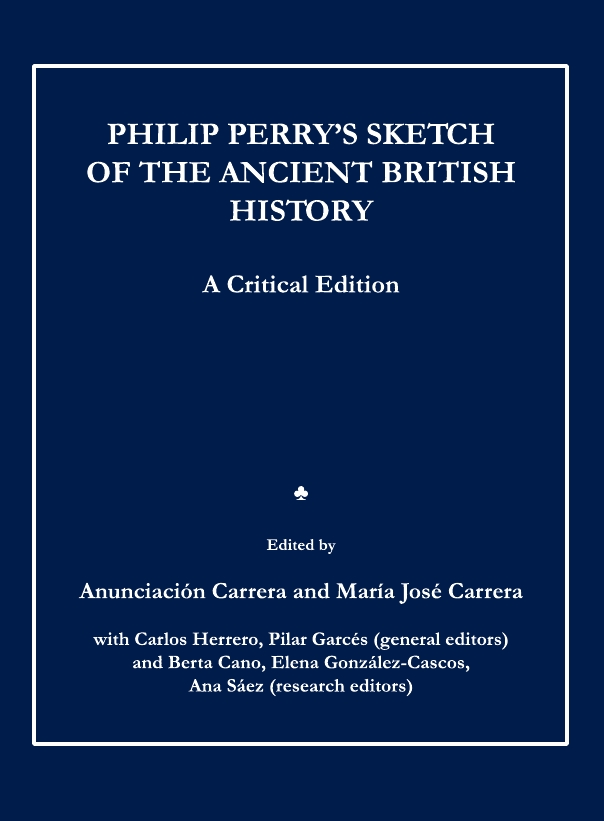 This book presents a thorough edition of a so-far unpublished manuscript preserved at St Alban's English College in Valladolid, Spain. Written by Philip M. Perry, who was rector of this Catholic seminary from 1768 until his death in 1774, the Sketch of the Ancient British History provides a historical account stretching from the arrival of the Romans in Britain up to and including St Columba’s Christianizing mission in the sixth century and possesses an intrinsic value insofar as it is genuinely (and historically) anchored in major historical and cultural phenomena: the history of the English Church and the huge influence of Bede’s work, the religious history of Europe since the sixteenth century, the perception of antiquity during the Enlightenment or the theological and historiographical debates of the eighteenth century.

Additionally, the edition includes an inventory of bibliographical sources used by Philip Perry and extant at St Alban’s as well as the author’s own transcript of the Stannington military diploma (AD 124), a unique historical document registered by Perry himself around 1761.

The editors of this volume are all members of a research team established in 2001 at the Universidad de Valladolid, Spain, and ever since involved in several government-funded projects. Formed by members of the teaching and research staff of Valladolid’s Department of English Studies, the Grupo San Albano (‘St Alban's Project’) is primarily devoted to the study of the role of St Alban's College, Valladolid, in the history of Anglo-Spanish relations and, more particularly, its rich documentary sources, including the edition and publication of relevant manuscripts.

Anunciación Carrera has worked on early medieval Britain and Ireland, and also on St Alban’s College’s institutional relations. She is currently preparing the first edition of Philip M. Perry's correspondence. María José Carrera combines her interest in Irish literature and culture with her work on historical texts extant at the archive of St Alban’s in Valladolid.

Ana Sáez and Berta Cano have collaborated in published work on literature and celebration at St Alban's, while the former is preparing a forthcoming publication on the role of St Alban's in the reception of English books in Spain. Apart from her research work with the ‘St Alban’s Project,’ presently concerned with the students’ journal The Albanian (1860–1920), Elena González-Cascos has published materials on applied linguistics and language teaching.

The group has been coordinated successively by Carlos Herrero (2001–2006) and Pilar Garcés (2007-2009), who has published critical editions of literary writings by nineteenth-century members of the seminary, the translation of the College's Annals and a brief history of the institution.