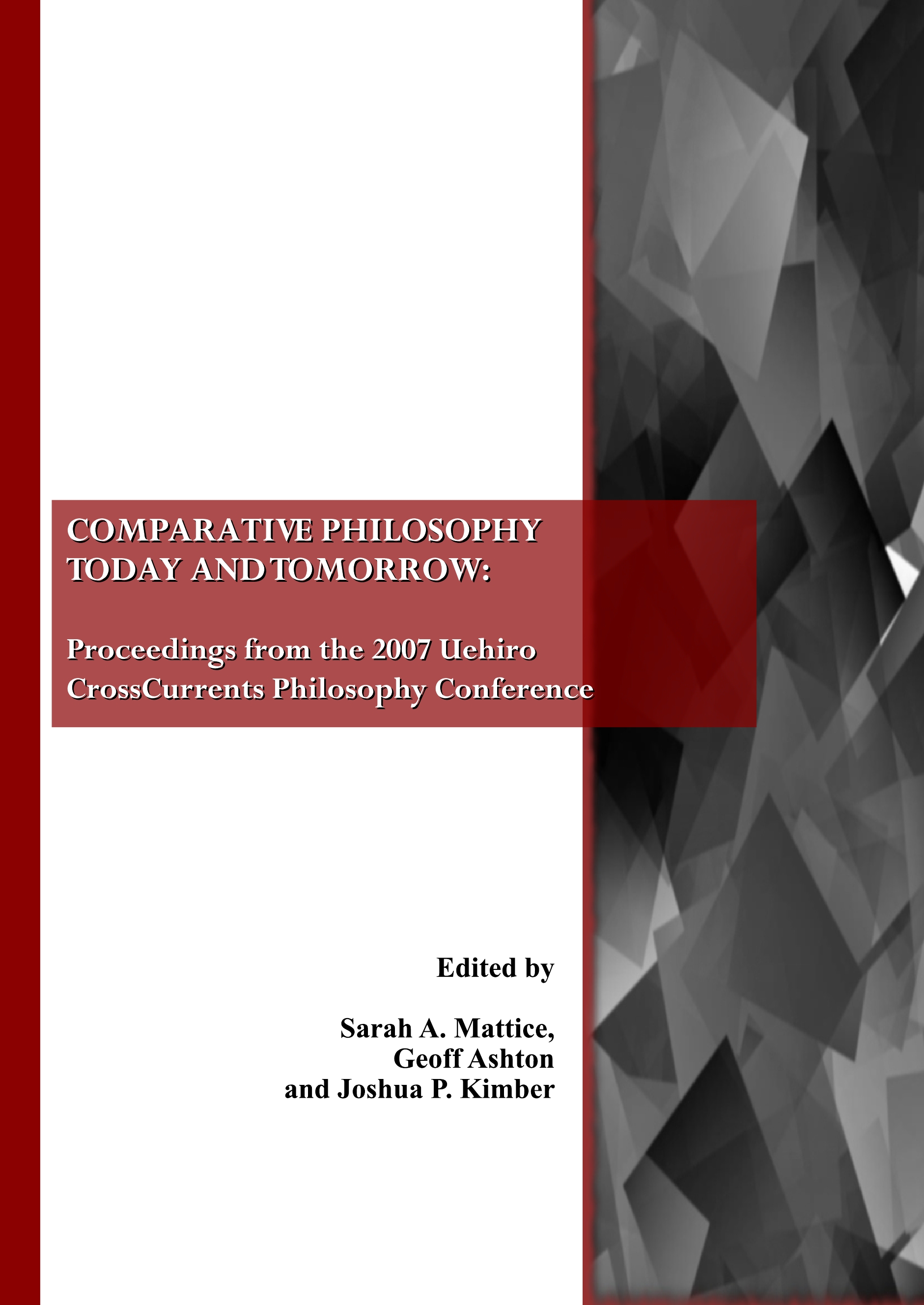 Whether it be the China of Confucius or the Germany of Jurgen Moltmann, premodern India or the World Trade Organization, philosophy has brought us face-to-face with the pressing issues of our times. More often than not, these inquiries have stimulated creative responses to the opportunities and problems that shape our experiences. But the responsiveness of inquiry to its respective concerns can only grow according to the dimensions of the conversation underwriting the inquiry itself. With its comparative and interdisciplinary approach, Comparative Philosophy Today and Tomorrow: Proceedings from the 2007 Uehiro CrossCurrents Philosophy Conference creates a space for juxtaposing philosophical views on shared themes, thereby stimulating fresh insight into issues of contemporary significance. From self-cultivation to global justice, from environmental ethics to the interrelation of religion and science, this collection of essays highlights the central role of philosophy, and comparative philosophy in particular, for understanding and appreciating the connections and discontinuities of East and West, if you will, of past, present and future.

Joshua P. Kimber has an M.A. in Philosophy from Boston College and is currently working on his PhD dissertation at the University of Hawai‘i at Mānoa. He currently teaches at Broward College in Miami. His areas of specialization include aesthetics, Japanese philosophy, hermeneutics, and Continental philosophy, and philosophical practice.