Treat or Trick? Halloween in a Globalising World 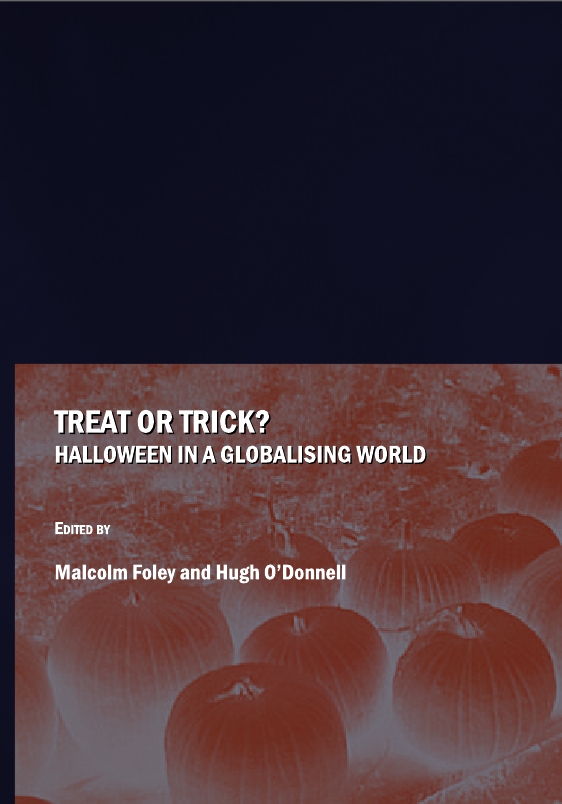 In 1999 the French bishops condemned the celebration of Halloween in France. In 2003 the Moscow Department of Education recommended the banning of Halloween celebrations in all educational institutions under its control. In 2008 a group of Catalan intellectuals launched an internet petition against the Halloween celebrations organised by the Port Aventura theme park, arguing that they were detrimental to long-standing Catalan traditions associated with 31 October. In the meantime children and young people all over Europe—and increasingly adults—are energetically adopting and adapting the American version of Halloween as a source of fun, community building and general revelry. So are we all being tricked by rampant cultural imperialism, or responding creatively to the arrival of Halloween as a welcome onset-of-winter treat?

This book, which arose out of the first-ever conference on the topic of Halloween held in Glasgow, Scotland, on 31 October 2006, brings together a series of studies examining the phenomenon of Halloween from a wide range of perspectives: its origins; the ways in which it is now and has been in the past celebrated in the British Isles; its spectacular arrival in both Eastern and Western Europe over the last two decades; its links with tourism; and its multifaceted presence in the media. What emerges is a phenomenon of astonishing complexity, characterised by multiple meanings and intense battles over ownership.

Malcolm Foley is Professor of Leisure Development at Glasgow Caledonian University, specialising in the study of Dark Tourism and the cultural meanings of large-scale festivities.

Hugh O’Donnell is Professor of Language and Popular Culture at Glasgow Caledonian University, specialising in the cross-cultural analysis of a wide range of popular-cultural products.