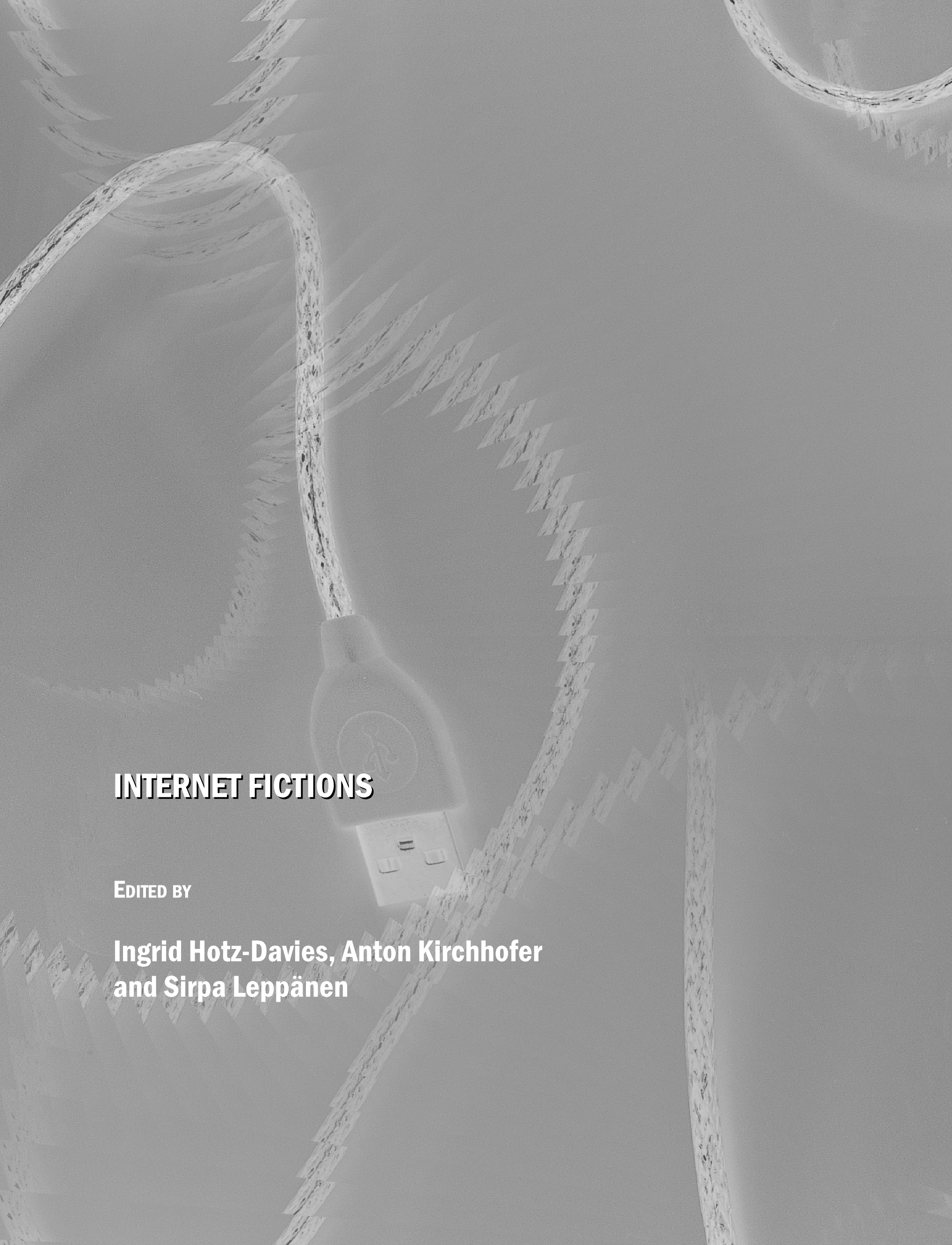 The Internet is nothing less than a medium for the indiscriminate and global dissemination of information if we take "information" in its cybernetic sense as bits of data – any data. As such, it is also a massive, amorphous, rhizomic collection of substantiated facts, guesswork, fantasy, madness, debate, criminal energy, big business, stupidity, brilliance, all in all a seemingly limitless multiplication of voices, all clamouring to be heard. It is a medium which proliferates stories, narratives, fictions, in ways which are both new and familiar. It is as a generator of fictions that the Internet seems to be just waiting to be explored by the disciplines of literary, cultural and linguistic studies: Fan-fiction, slash and straight; scam baiting; fan sites; ‘wild’ or ‘rogue’ interpretive universes; gossip, theories, musings, opinions. As a singularly unstructured – and hence as yet uncanonizable – body of texts, the stories told on the Internet have a distinct element of ‘grass-roots’ fictionalization and so offer an unprecedented opportunity to access, hear and investigate the stories and fantasies woven by non-professional writers alongside their more formally recognized colleagues. As a medium which is beginning to investigate itself by means of various meta-debates within the vast community of Internet fictionalizers, it is also a location where emergent phenomena may be debated in their process of being generated.

This collection seeks to explore this for the most part uncharted territory in creative, innovative, theory-savvy ways using the manifold fictions the Internet generates. It brings together a wide variety of expertise from the fields of linguistic, literary, media and cultural studies. All contributors bring to the collection their individual voices and approaches which speak from various positions of involvedness or critique to provide searching and passionate discussions of the issues involved in Internet Fictions.

Ingrid Hotz-Davies is professor for English Literature and Gender Studies at the University of Tübingen, Germany. She has worked and studied in Germany and Canada and is the author and co-editor of a number of books ranging from studies on the effect of censorship on writing to explorations of women’s religious verse and, with Anton Kirchhofer, a collection on psychoanalysis as cultural material (Psychoanalytic-ism, 2000). She has published essays on a variety of topics, mostly in the field of gender studies, and is currently interested in what may be termed “positionality” – phenomena such as shame or eccentricity – and literary expression.

Anton Kirchhofer is professor of English Literature at the University of Oldenburg, Germany. He studied in Berlin, Dublin and Pittsburgh and received his PhD from the University of Munich with a study on sexual knowledge in seventeenth and eighteenth-century novels. He obtained his postdoctoral degree with a study on critical discourse and the nineteenth-century periodical market. In these as in his published essays, his interest has been in the location of literary, critical and theoretical discourse in an evolving public sphere, and, more recently, in the role of literature in the formation of a secular self-perception of the ‘West’. He is also one of the founding contributors of the website www.pierre-marteau.com.

Sirpa Leppänen is Professor of English in the Department of Languages, University of Jyväskylä, Finland. Her research areas include discourse analysis, multilingualism, and language and gender. She is currently working on multilingual blogging, and has published on language hybridity in various new media contexts, and gender and sexuality in fan fiction. She directs a research project on the spread of English within Finnish society which investigates the forms, functions and meanings of English taken up by Finns in a range of societal and cultural domains (for more information, see, www.jyu.fi/varieng).