Decolonising the Mediterranean: European Colonial Heritages in North Africa and the Middle East 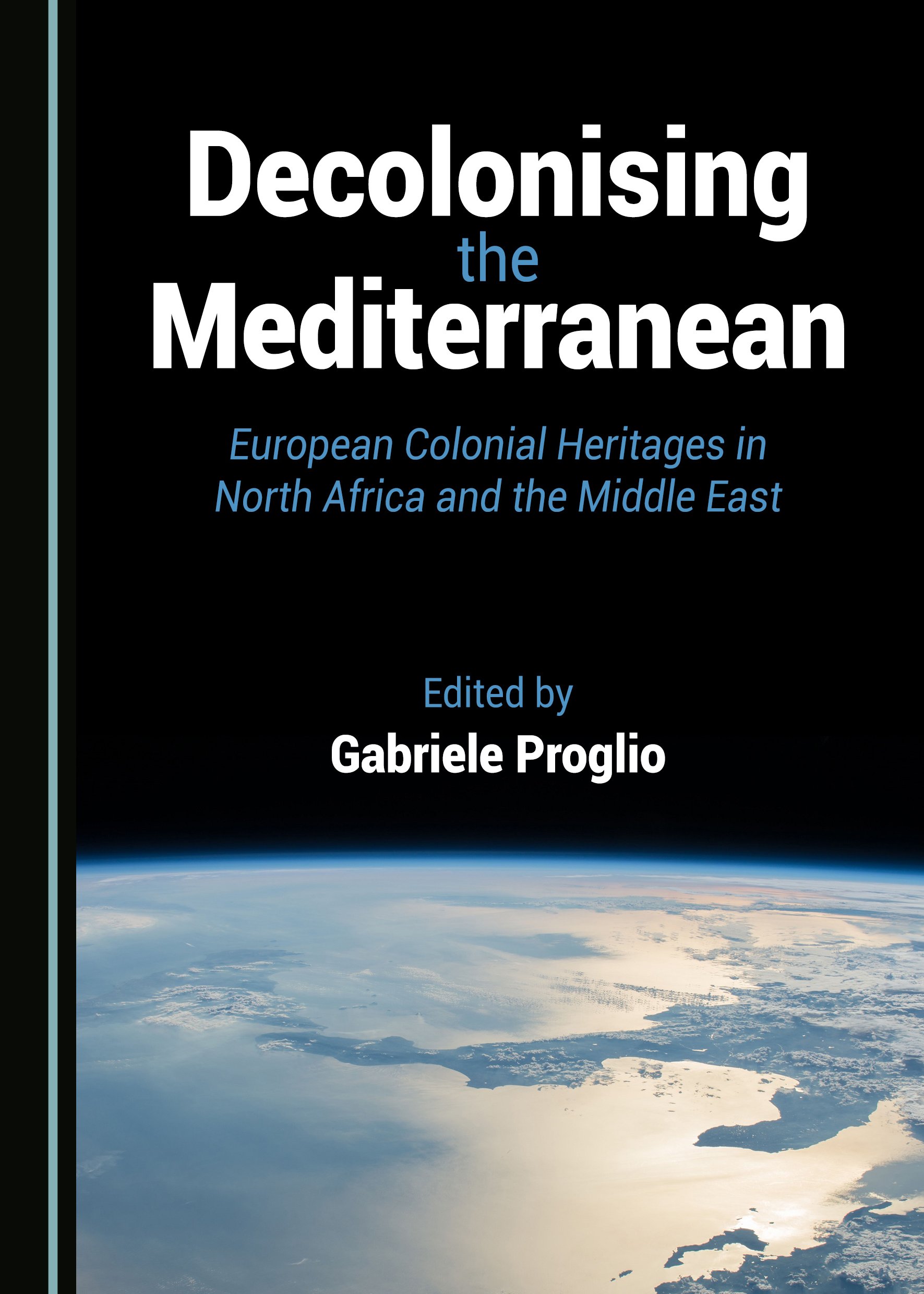 This volume is structured into six chapters, each written by a different author focusing on a single North African, Maghreb and Mashrek country’s colonial legacy to investigate borders in a transnational perspective. While the research directions and topics of investigation adopted here are different, they can all be situated on the boundary line described above, and each chapter suggests a specific path for decolonising knowledge.

Gabriele Proglio is Assistant Professor in History of the Mediterranean and History of the Arab World at the University of Tunis “El Manar”, Tunisia, and Research Fellow in the Department of History and Civilization at the European University Institute, Italy. His publications include Border Lampedusa. Subjectivity, visibility and memory in stories of sea and land (2017), Libia 1911–12. Immaginari coloniali e italianità (2016); and Memorie oltre confine. La letteratura postcoloniale italiana in prospettiva storica (2013) among others.